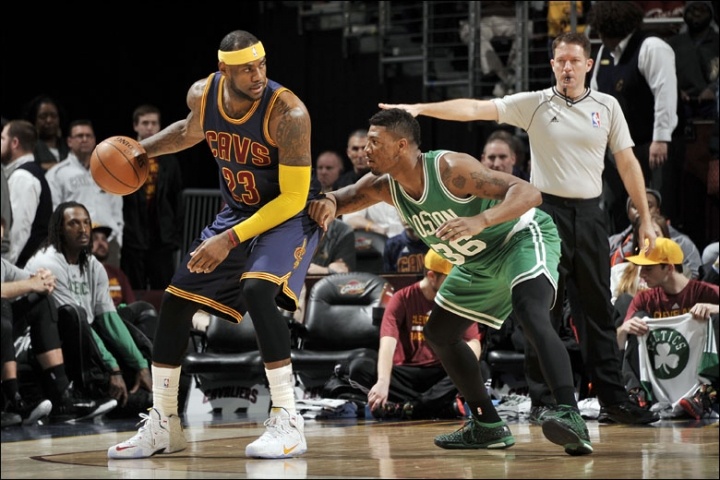 Despite the loss Sunday afternoon, the Cavaliers held their heads high and were determined to get back to their winning ways. It showed Tuesday night as the Cleveland Cavaliers welcomed guard Kyrie Irving back from a shoulder injury and dismantled the Boston Celtics 110-79.

Cleveland started out well, but allowed Boston to make five of its first nine shots to take an 11-9 lead. That’s when the Cavs took off both offensively and defensively, igniting a 20-5 run to take a 29-16 lead after one quarter of play. LeBron James had 12 points and Irving had seven of his own.

The Cavs kept the pressure on in the second, taking a 45-24 lead at the midway point of the quarter behind a balanced attack from LeBron and Timofey Mozgov. Boston responded with a mini 6-0 run to get within 15, but Cleveland once again turned it on late, outscoring Boston 19-4 in a 4 minute span to take a 59-34 lead before half. After exchanging a couple baskets, Cleveland led 61-36 at halftime.

In what seemed to be the flow of the game, both teams exchanged baskets until a certain point in the quarter. This point, was just three minutes into the third, when the Cavs scored 11 straight. The starters for the Cavs did the bulk of the scoring, with Kevin Love scoring seven, LeBron and Mozgov with six apiece, and Irving as well as J.R. Smith with four apiece. Cleveland doubled Boston up 34-17 in the quarter and led 95-53 after three.

With the game far from reach, the starters sat the fourth quarter as Matthew Dellavedova, Joe Harris, Mike Miller, James Jones, and Kendrick Perkins ran things for Cleveland. After getting outscored by more than 12 points in every quarter, Cleveland lost the fourth quarter 26-15, with the final score being 110-79.

LeBron James scored 27 points to move ahead of Ray Allen for 21st on the NBA’s all time scoring list. He now has a total of 24,508 points. Kyrie Irving scored 18, Kevin Love as well as J.R. Smith pitched in 12 points, and Timofey Mozgov put in 10 points. The Cavs had 7 players in double figures with Tristan Thompson and James Jones scoring 10 apiece.

The Cavs won’t get to enjoy this victory too much, as they’re heading up to Toronto for a matchup against the Raptors on Wednesday night. 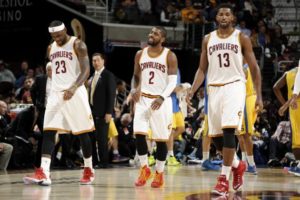 JUST IN: Inside Look: What NBA Teams Would Look Like If Players Went To Play For Home Team