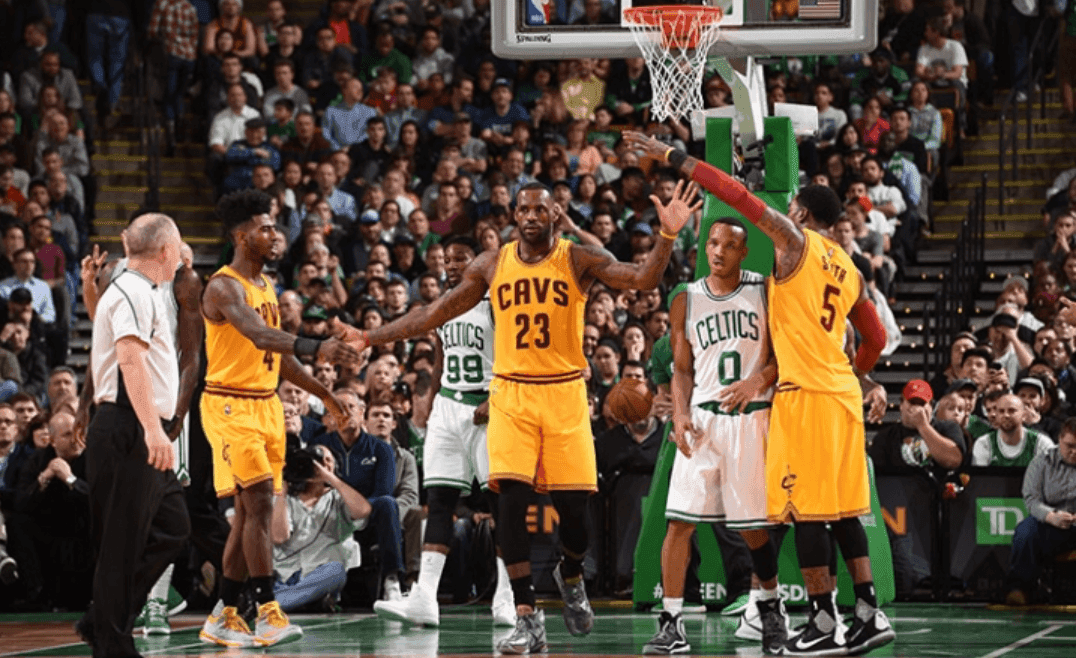 The Cleveland Cavaliers put together perhaps their best defensive effort of the season, and beat the Boston Celtics in a highly anticipated rematch of their first round playoff series from last year. It was the fifth consecutive win against the Celtics for the Cavs, dating back to their 4-game sweep of the team last season. The Cavs defense held Boston to just 31 second half points, and took control of the game with a 12-0 run in the third quarter. Boston came into the game averaging 103 points per game, which was good enough for 6th in the NBA. The 77 points they garnered tonight against the Cavs was a season low.

The Cavs were well rested in this one, having not played since their blowout win in Orlando on Saturday night. They played with strong energy throughout the game, and got impactful play from everyone who stepped on the floor. The offense took a little while to get going, and the Cavs only made one three point shot in the first half. The Celtics played a strong first half, and took a 6-point lead at the half.

It was in the third quarter that the offense got going, as the Cavs made four 3-point shots and won the quarter by 14, holding the Celtics to only 15 points. The Celtics made only five baskets in the third, as they struggled under the defensive pressure of the Cavs backcourt. The combination of Matthew Dellavedova, JR Smith, Iman Shumpert, and LeBron James effectively locked down Isaiah Thomas and Avery Bradley, who were the Celtics leading scorers coming into the game. The backcourt combined to only shoot 8-27 for the game.

Kevin Love, returning to the TD Garden for the first time since dislocating his shoulder and ending his playoff run last year, had a well-rounded game with 20 points, 8 rebounds, 5 assists and 2 blocked shots. He scored with his back to the basket and from long range. When Boston cut a double-digit lead to 7 and gained momentum in the fourth quarter, Love responded by burning Kelly Olynyk for a basket in the post, and then nailing a 3-point shot off an assist from LeBron James. It was a critical moment in the game and Love made consecutive plays to push the lead and secure the victory.

LeBron James put his stamp on this one as well. He shot 10-20 from the field, and did most of his damage in the post. The Celtics matched up on LeBron with the hard-nosed, but undersized Jae Crowder. Crowder made headlines before the game by asking JR Smith for an apology for an exchange that the two had in last year’s playoffs. The Cavs, and LeBron in particular, seemed to take that personally. LeBron backed Crowder down in the post repeatedly, and physically dominated him to easy baskets and forced double teams to get wide open shots for his teammates.

The Cavs host Western Conference powerhouse Oklahoma City on Thursday night in Cleveland and will attempt to run their winning streak to four games.

LeBron gets the ball on a full court pass from Kevin Love and throws down this vicious dunk!

The Cavs, and namely LeBron James, have a lot of haters. We guarantee you, however, that you have NEVER seen anything like this.

Celtics announcer Tommy Heinsohn goes on an absolute rant about LeBron James. Watch it below.