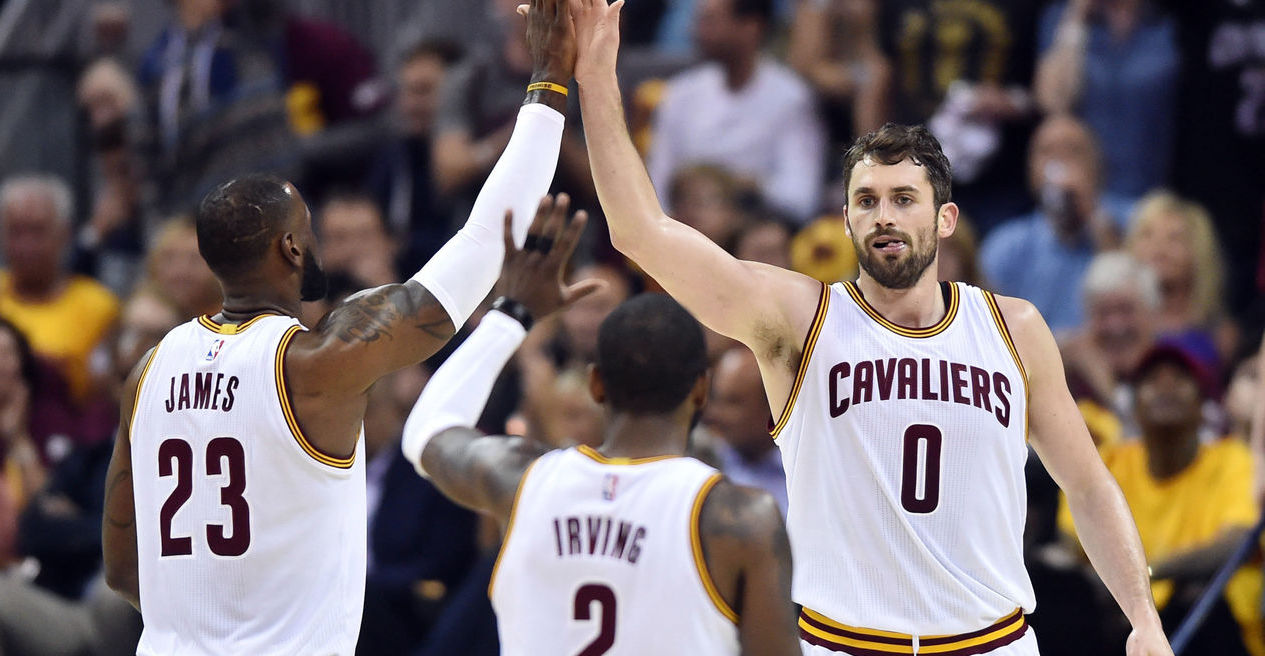 Tonight’s Game 4 matchup of the Eastern Conference Finals began with the Cavaliers winning the opening tip. From there, Kevin Love picked up his lunch pail and went to work; first knocking down a three, then a pair of free throws to give the champs a 5-0 lead.

The Celtics, not ready to just lie down so soon, then answered with an 11-0 run to take a six-point advantage, forcing a timeout from Cavs head coach Tyronn Lue.

For whatever reason, the Cavs went cold. As a result, Coach Lue called on several of his reserves to close out the first quarter. As most Cavs fans know, the bench squad normally takes the floor at the beginning of the second quarter.

At the first break, the Cavs were trailing by an alarming margin, 31-19.

Cleveland started the second quarter with better pace. Iman Shumpert stepped up and knocked down his first shot attempt of the night — a three. Shortly after that, Love scored on an easy lay-in, reducing Cleveland’s deficit to seven. Celtics head coach Brad Stevens then called a timeout.

James picked up his third foul near the nine minute mark of the second frame, but coach Lue elected to keep him in the game. Just a few minutes later, The King picked up an offensive foul — his fourth. This time, coach Lue was forced to sit his star player. Believe it or not, James has never had four fouls in the first half of any game, regular season or playoffs.

The Celtics quickly took advantage of James’ foul trouble, extending their lead to 16 by way of an open Avery Bradley three-pointer.

Irving knew he had to take over as the Cavs’ leader with James on the bench. “Uncle Drew,” as Irving is known, decided to take matters into his own hands. The crafty ball-handler scored 10 straight points to bring the champs within eight.

At the halftime horn, the Cavs had fought their way back to a ten-point deficit; 57-47.

Despite having four fouls, James took the floor to start the second half. A few sloppy Celtics possessions (three turnovers) allowed the Cavs to creep within five points of the lead near the seven-minute mark of the third quarter.

The crowd inside Quicken Loans Arena roared to life.

Finally, with just over three minutes remaining in the third, James gave the Cavs their first lead (73-72) since the opening minutes of the game. By the end of the third quarter, Irving had led the Cavs to a seven-point advantage; 87-80.

The Cavs continued to build on their lead through the first few minutes of the final frame, leading by as many as eight points.

The Celtics kept hanging around down the stretch, however. A three from Jonas Jarebko brought the Celtics within six, but the momentum was short-lived. James and the Cavs went on yet another run, pushing their advantage to 11.

In the end, Cleveland’s lead was just too much for Boston to overcome. When the dust settled inside The Q, the Cavs had taken a commanding 3-1 series lead by way of a 112-99 victory.

Tonight’s game ball goes to Kyrie Irving. In his 41 minutes of playing time, Irving turned in a career playoff-high 42 points (15-of-22 from the field, 4-of-7 from beyond the arc), four assists, and three rebounds. 21 of Irving’s points came in the third quarter alone.

After his early foul trouble, James recovered to score 34 points (15-of-27 from the field), six assists, five rebounds, one block, and one steal in 38 minutes of action.

Love posted 17 points (3-of-5 from downtown) and a career-high mark for rebounds (17) in the postseason in 42 minutes.

The series will now swing back to Boston. Game 4 is set for Thursday night at 8:30 p.m. on TNT.