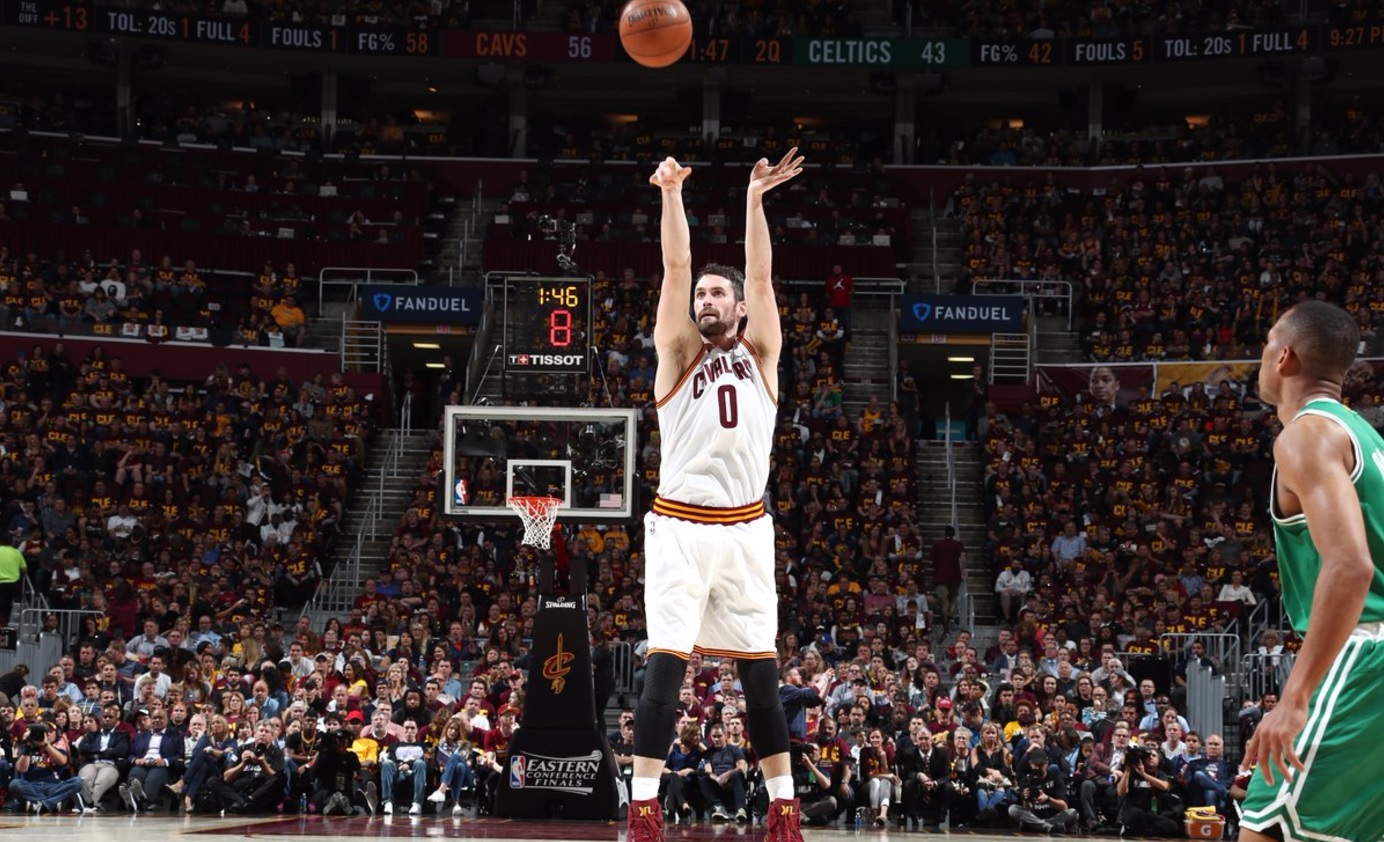 Al Horford opened the scoring with a post-up shot, giving the Celtics their first lead of the series. However, Boston’s momentum was short-lived, as Cleveland answered with swarming defense and an 8-2 run.

Kevin Love, who was 4-for-4 from downtown at the time, extended Cleveland’s lead to seven near the midway point of the first quarter.

At the first break, the Cavs were 9-of-13 from beyond the arc (franchise-high for postseason opening quarter) and leading by 11 points, 35-24.

#Cavs with a franchise playoff high for most triples in the first quarter with 9…one shy of best overall Qtr, which was 10 vs Atl last Yr

The Celtics, who were playing without Isaiah Thomas due to an injured hip, continued to struggle from the field. The Cavs obliged by pushing their advantage to 15 near the midway point of the second frame.

The Celtics weren’t ready to lie down yet, however. A 9-3 run had the boys from Beantown within nine points of the champs, forcing a timeout from coach Lue. Boston’s momentum was once again short-lived, however. After the timeout, the Cavs pushed their lead to 16 by way of another three from Love. This time, it was Celtics head coach Brad Stevens calling a timeout.

At the halftime horn, Love’s franchise-high 7-of-10 mark from downtown had led the Cavs to a 16 point advantage, 66-50

Coming out of the locker room, the Cavs continued to build on their lead. Just two minutes into the third quarter, Cleveland’s edge grew to 20 points.

The Celtics dug in and battled back, answering with a 12-2 run to reduce their deficit to 10 near the four minute mark of the third. At the end of three quarters of play, the Celtics were within five points, 87-82.

The Celtics opened the fourth quarter with a quick three, cutting the Cavs’ lead to just two points.

Marcus Smart tied the game at 95 apiece near the midway point of the final quarter. All of a sudden, Boston seemed to be gaining momentum.

The battle raged on as time ticked away in the game. With just under five minutes remaining, Kelly Olynyk gave the Celtics their first lead since the opening minute with an easy lay-in.

Despite their hot start, the Cavs, who now hold a one game advantage in the series (2-1), fell flat in the second half. Game 3 is set for 8:30 p.m. on Tuesday night, right back inside The Q. We’ll just have to wait and see if the champs can get back on track. 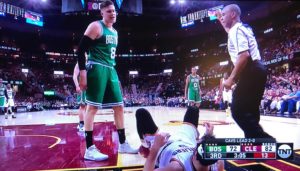 JUST IN: Watch: Celtics’ Jonas Jerebko throws down Kevin Love, has some words for him
Related TopicsCavaliersCeltics