According to Marc Stein of ESPN, a medium sized trade where the Philadelphia 76ers will be trading Nerlens Noel to the Dallas Mavericks in exchange for Andrew Bogut, Justin Anderson and a first round pick has just occurred. Cleveland has been connected to Bogut for the past season, with his experience in the NBA Finals as well as anchoring presence at center serving as primary justification for Cleveland’s interest. This trade has changed, possibly for the better, the dynamic of their relationship.

With four centers now on their roster, the 76ers have a bit of a long jam at the big man position. As a result, many pundits in the sports world are inclined to believe that Bogut will agree to a contract buyout, resulting in him becoming a free agent. Cleveland had no way to trade for Bogut without sending out the contract of either Iman Shumpert or Channing Frye, though a buyout changes Cleveland’s ability to acquire the Ausse.
Teams can offer free agents as a result of buyout a league minimum contract to finish out the season, assuming they have a roster spot. Following the trade which sent Chris Anderson to the Charlotte Hornets, Cleveland has only 13 contracted players on their roster, giving two spaces (one of which is currently occupied by Derrick Williams, though his 10 day can be terminated at any time with 0 consequence) to acquire waiver wire veterans or trade targets.

Cleveland has a good chance of acquiring Bogut, as often veterans take the offer which they feel best gives them the change at a title. Called “ring chasing” Cleveland has acquired several key veterans through this tactic, such as Richard Jefferson, Kendrick Perkins, and James Jones. Additionally Kyrie Irving’s Australian citizenship likely wouldn’t be a deciding factor, though it may make the Australian native feel comfortable in a new setting.

Cleveland is currently monitering his progress, and look to make an aquisition the second he is bought out 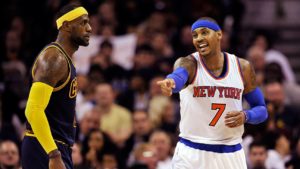 JUST IN: Five options for Cleveland at the deadline
Related TopicsAndrew BogutCavsSixers