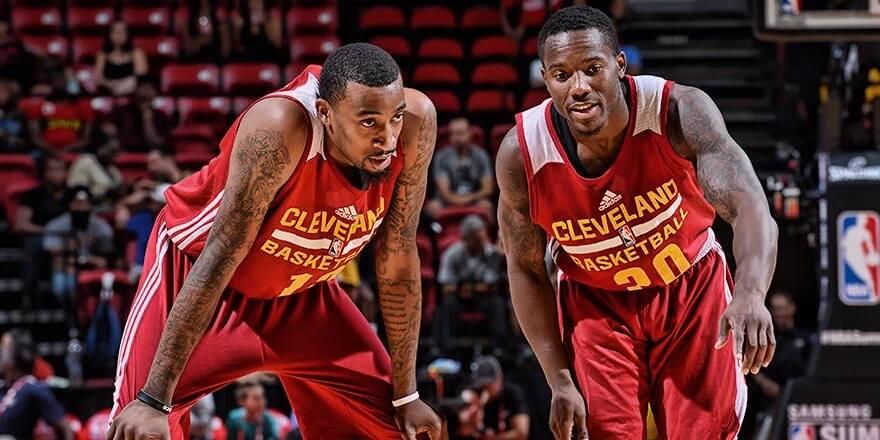 After yet another come-from-behind victory in this year’s Samsung NBA Summer League tournament on Saturday night (91-83), the Cleveland Cavaliers were now set to face off against the Chicago Bulls inside The Thomas & Mack Center for a semi-final match-up.

The Cavs really had it going early from beyond the arc. However, neither team was able to gain much of an advantage through the opening of the first. As the two teams went back-and-forth, it seemed we had a battle on our hands. A six of nine first-quarter mark from downtown as a team and 10 points from Jordan McRae had the Cavs leading after 10 minutes of play (29-25).

Cleveland came out strong to start the second quarter. At the eight-minute mark, the Cavs had stretched their lead to 10. The Bulls were struggling to find any offensive production. Chicago was held scoreless for nearly four minutes. A 9-0 Cleveland run then forced the Bulls into a frustrated time-out. Solid shooting from Jordan McRae and Kay Felder had the Cavs stretching their lead as the half waned. At the break, Cleveland held a 10-point advantage (46-36).

Coming out of the locker room, a 6-2 Chicago run cut the Cavs’ lead to six. Cleveland’s poor shot selection on a few possessions allowed the Bulls to fight their way back to a one-point deficit at the four-minute mark of the quarter. At the end of the third, the Cavs held a two-point lead (59-57)

Chicago quickly tied the game to start the fourth. However, strong play from Raphiael Putney and Kay Felder had the Cavs stretching their lead to six as the war raged on. Denzel Valentine then hit a pull-up three-pointer to bring the Bulls within two points of the lead. With three minutes remaining, Chicago tied the game again.

With 30 seconds on the clock, and a three-point ball game, Kay Felder’s running lay-up attempt sailed just wide. In the end, the Cavs just couldn’t find the answers at the defensive end of the floor. When the final horn blew, Cleveland’s first-half lead had turned into a six-point defeat (85-79).

The Cavs young guys couldn’t reach the Summer League Finals, and the Bulls found a way to shut down one of the Cavs big duo of McRae & Felder. Both, however, should be near locks to make the roster in October.