Full Highlights: Cavs start hot, then get mauled by Bucks and fall; 101-118 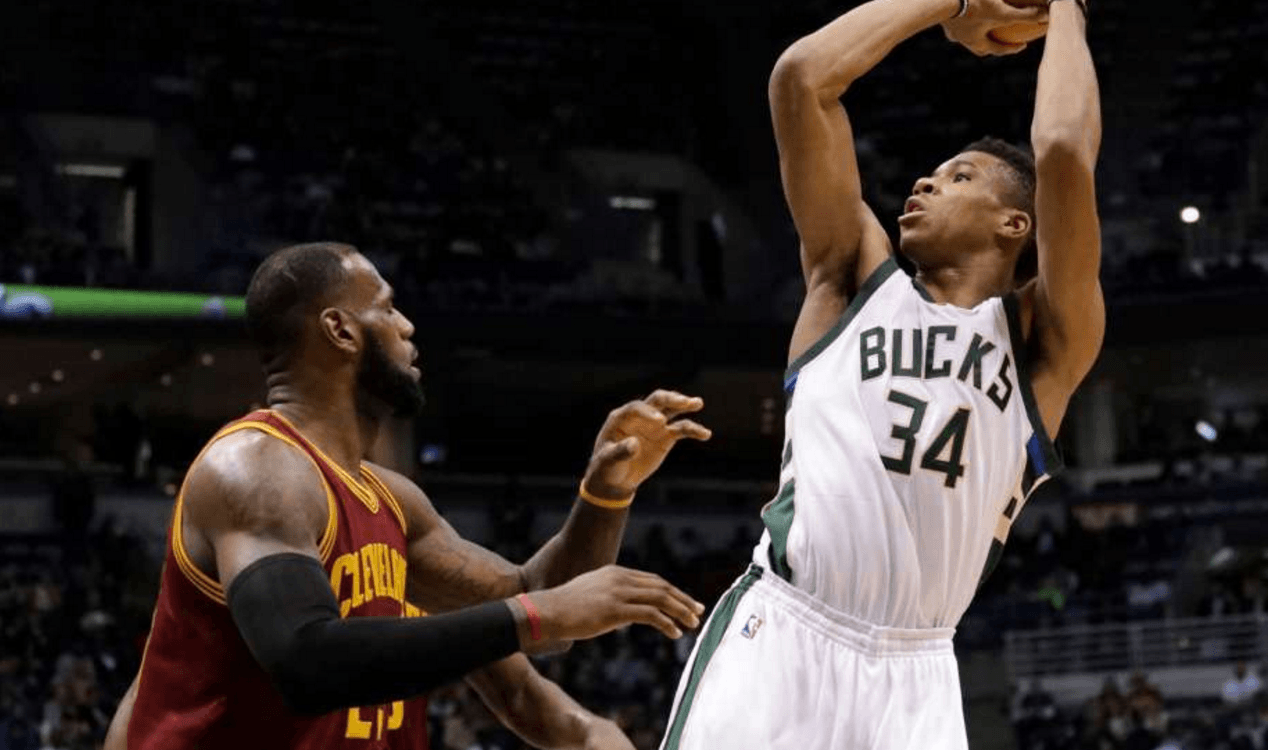 The Cleveland Cavaliers have fallen to the Milwaukee Bucks in an underwhelming display for the world champions. After starting the game brilliantly, the Cavaliers fell apart after the first period, as they handed the Bucks a huge victory.

The early signs were good for the Cavs, as the ball was moving, and paint penetration was creating open looks for everyone. Two quick three pointers from JR Smith as well as a deep ball from Kevin Love and an outlet to LeBron James saw the Cavs race to an early 24-13. The Bucks responded with a 7-0 run of their own, but a Kyrie Irving three pointer then a three-point-play from James maintained the cushion. But just as things were starting to look as planned, James left the game and the Bucks closed the quarter with a 10-0 run, finding themselves only down by two at the first break, 32-30.

The second quarter was the beginning of the end for Cavs on the night. They started with James, Shumpert, Dunleavy, Love and Jefferson to start the second period, but careless turnovers from the Cavs allowed the Bucks to go on a game changing 29-12 scoring run. Kyrie Irving re-entered the game to help stem the bleeding, and did his best to keep the Cavs in the contest. Irving heated up and made the next 11 points for the wine and gold, but an ongoing storyline was beginning to develop, as the Cavs had absolutely no answer for Giannis Anteteokounmpo. He continued to make plays for Milwaukee, and they took a lead into halftime, 54-58.

Quick threes from Love and James, as well as a layup from Tristan Thompson saw the Cavs regain the lead almost instantly to start the third, but that’s as good as it got for the Cavs in the second half. The intensity in the game lifted, and the Cavs failed to meet that intensity as a collective group. A 16-2 run by the Bucks blew the game open, and the game was slipping away at a rapid pace. Surprisingly, coach Lue was disgusted with his starters, and emptied his bench with 4 minutes left in the third period making five substitutions of James Jones, Mike Dunleavy, Jordan McRae, Deandre Liggins and Chris Anderson to end the quarter. Cavs outscored 34-20 in the third, down 92-74.

It was almost an impossible deficit to overcome with the Cavs struggling in all aspects, and the fourth quarter was more of a show for the Milwaukee crowd than anything. The Cavs started the last quarter with the same line-up that finished the third, and the starters did eventually come in to make one last push, but the game was already well and truly over. A couple of threes from Malcom Brogdon sealed the deal for the Bucks.

Cavs high men were LeBron James with 22 points, Kyrie Irving with 20 points and Kevin Love with 13 points and 13 rebounds.

The Bucks snap the Cavs four game winning streak. The Cavs now need to watch film, throw this one in the trash and get ready for a big test on Thursday against the Clippers.