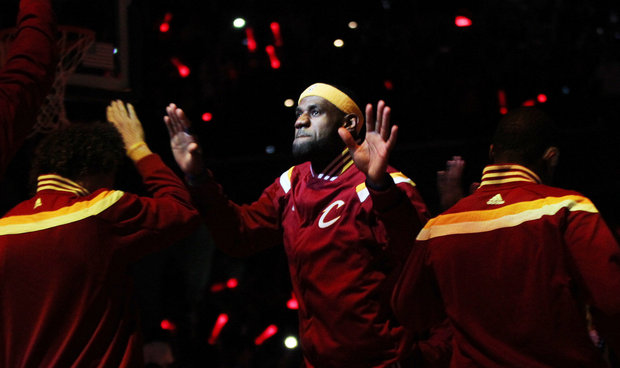 In case you haven’t noticed or heard, the Cleveland Cavaliers are back to their usual pregame tradition of player introductions. In late November, LeBron James decided that the Cavs were going to stop doing so, in favor of huddling with his teammates to mentally prepare for the game.

RELATED: Should The Cavs’ Non-Participation In Starters Intro Continue?

It seemed very unusual and was met with many questions, mainly because the team wasn’t winning consistently back then. In one of his past articles, Chris Haynes of Cleveland.com shared James’ rationale behind the decision.

“It’s just about being focused and preparing for the game. It’s something we did in Miami at certain points. It’s about playing the game the right way and your approach. Staying locked in and being ready to go.”

After the departure of David Blatt, new head coach Tryonn Lue made an immediate statement to his team, telling them that they will participate in the introductions, at least at home. Lue’s reason for this was simple, as per Joe Vardon of Cleveland.com.

“When you get introduced at home, they want to see them run out. They want to cheer for them. You got a guy over here, a guy over here and everybody’s just kind of separated. At home, you can do what you want on the road because we don’t care about the fans on the road, but at least at home, give our fans what they came to see. When they call your name, run out, be introduced and I think the crowd, they was all for it.”

This statement shouldn’t be overlooked by fans or the media. This was all Lue’s idea and his fingerprints are all over this decision.

A main reason for Blatt’s firing was his inability to coach his star players, specifically LeBron James. Whether that was a fault of James or not, Lue has shown that he is going to coach everybody the same and no one is safe from criticism. It seems that the four-time MVP is not only on board with returning to the ritual, but with all of Lue’s decisions from here on out.

It should be noted that James was reportedly pushing hard for Lue to coach this team since his return. In order for this team to reach its ultimate goal they all have to be held accountable, on the same page, and most importantly respectful of their coach.

It was also claimed that Blatt oftentimes avoided criticizing his star player, and would even skip over James’ mistakes while watching film. Whether the Cavs made the right decision or not is unclear at this point. However, one important aspect is certain. Lue is not afraid of James and will call out his star players whenever necessary.

Is it possible that returning to player introductions is over analyzing a miniscule part of a team? Maybe. Is it something noteworthy that can be related to uniting a team that was sometimes seen as selfish? Absolutely. 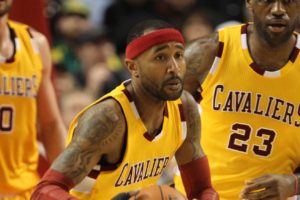 JUST IN: Despite The Diminished Role, Mo Williams Has No Plans Of Requesting For A Trade
Related TopicsCleveland CavaliersLeBron JamesNBATyronn Lue