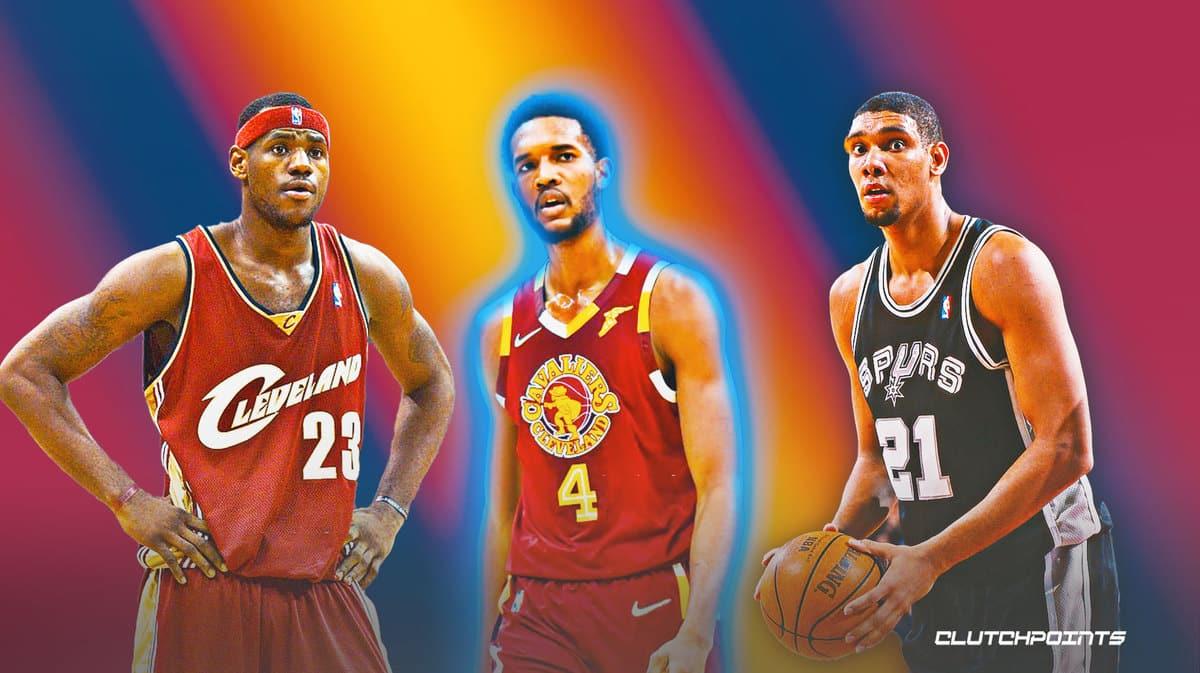 Let’s start off with a general rule of thumb: rookies almost always struggle in the NBA, even the very best ones. Jalen Green and Jalen Suggs, both top-five picks in last year’s draft, have tumbled out of the gates. It doesn’t mean they should see their stock take any significant hit, but it’s just how these things often work out. The Cavs made three top-10 selections in this rebuild prior to Evan Mobley coming to town. It’s not a stretch to say that all three of Collin Sexton, Darius Garland, and Isaac Okoro were abysmal in their first season in the league.

The leap from college/overseas/high school to the NBA is brutal. Even the very best offensive or defensive first-year players often are negatives in that area where they’ve thrived their entire life. For most rookies that’s the case. But even in a stacked 2021 draft class, featuring guys bringing Day 1 impact like Cade Cunningham, Scottie Barnes, Franz Wagner, and Josh Giddey, one rookie stands head and shoulders above the rest.

That would be Evan Mobley. Ever since his first game in the NBA, it was clear that this man is different.

Not only is Mobley displaying consistently impressive abilities on both ends of the floor, he’s also a huge contributor for a Cavs team that has soared upwards ever since adding him to the roster. The rookie big man isn’t the only reason Cleveland has taken the leap, but he might be the biggest reason.

The most impressive aspect of his play this season is that his impact reaches over nearly every single area of the game. When you talk about Evan Mobley, it’s impossible to just focus on just one section of his game, considering how elite he is in several different categories.

In his rookie season, though, one area of his game has specifically shown above all others. Many pieces of Mobley’s game don’t directly translate to the stat sheet, primarily his defense. It has always been hard to capture a player’s individual performance on the less glamorous side of things in quantitative form, so you really have to watch the games to truly be able to admire defensive talent. It has been a joy watching Evan Mobley play defense for the Cavs.

Why Cavs rookie Evan Mobley is so good

It was mentioned earlier how both offense and defense are incredibly difficult for NBA newcomers. Defense can be the basketball equivalent of rocket science for a good chunk of rookies, though. That’s due to a variety of reasons, such as not being physically ready, adjusting to the speed and pace, grasping new schemes, and just the spike of talent and skill levels.

It’s wise to just about never expect rookies to be good defenders. Cavs fans saw that with Isaac Okoro last season. He has gone through his fair share of struggles, but is now on his way up. Evan Mobley is an anomaly. From his very first game in the NBA, he has been a defensive demon:

When Evan Mobley’s protecting the rim, he never goes for those volleyball spikes.

He moreso casts an invisible net over the ball. Remaining vertical. Outstetching his arms. Just cutting off nearly every single potential angle for the ball to get to the hoop. pic.twitter.com/k2xtcmufhN

It all starts with his physical tools. His length and mobility are insane for a guy his size. The way he shuffles his feet with the quickest of guards on a routine basis is a marvel to watch. His wingspan bothers players no matter where they shoot from. He’s not the type of guy to rack up a ton of blocks and steals, but he gets his hands up quickly and prefers to contest or alter the shot rather than swinging at it:

Guess Kemba hasn’t gotten the memo yet. Evan Mobley’s not the mismatch you think he is. pic.twitter.com/cliOM8azY0

Mobley isn’t the loud and fiery type of guy. In fact, in the pre-draft process, some folks questioned if he even had a passionate love for the game of basketball. Fellow Cavalier Jarrett Allen heard the same comments made about him as a draft prospect. The year before, people also wondered if Anthony Edwards enjoyed the sport. They’ve all made those detractors look silly.

Just because Mobley isn’t amping the crowd up after highlight plays doesn’t mean he lacks enthusiasm. He has a quiet confidence to him. He knows what he’s able to do and executes it to a T. He doesn’t foul. His footwork is exquisite. He plays like a 10-year veteran. It really is mind-boggling how controlled and aware he is so early on in his career:

It’s downright absurd that a guy can contest a shot like this without fouling. Evan Mobley is the king of verticality. Ridiculous. pic.twitter.com/1UtEBhceow

Evan Mobley is elevating the Cavs’ offense to new heights

It was always known that Mobley has an incredibly unique offensive skill set. As a 7-footer, he can dribble, pass, shoot, and finish all at a impressive degree. The question was how long it would take all areas of his game to come together, and if certain aspects were missing, or if his frame presented issues, then maybe his offensive talent takes a significant hit at the next level.

Well, Mobley’s lack of bulk hasn’t hurt him. He’s still able to outmatch smaller defenders in the post, utilizing his length and strides more so than his weight. That length paired with his springs make him a massive lob threat and putback machine. Athletically, he’s probably the closest thing we’ve seen to Giannis Antetokounmpo since he entered the league:

Mobley’s so quick off his feet.

Then of course, he’s just so long. He’s unfair pic.twitter.com/lAailROrsr

Even more impressive, though, is the amount of skill he possesses paired with that athleticism. His handle is ultra-impressive at his height. He can use it to drive past defenders or create space for shots in a way that a very, very select few group of 7-footers ever have. His pull-up and fadeaway in the mid-range are money, and it probably won’t be long until he becomes a consistent threat from deep as well:

But it still doesn’t end there, because just like his defense, he’s far ahead of the curve mentally on offense. He knows what positions he’s most effective in, and the rights spots to be in at the right times. Coming out of college, his passing was always an underrated talent of his. His manipulation and patience as a facilitator is wild:

Evan Mobley plays like a veteran. Phenomenal patience and control when the Pacers threw a double at him here pic.twitter.com/KFgyGvXwlI

Rookies don’t do this stuff. He’s not LeBron James, but the Cavs got their ringleader for the next era of Cleveland basketball. Watching their young unicorn improve every year is going to be a sight to behold. It’s not absurd to think about his future involving multiple All-Star appearances, his name appearing in MVP conversations, and a championship with the wine and gold.