FULL HIGHLIGHTS: Cavs Get Run Over By Trailblazers In First Half And Can’t Recover, Fall 76-105 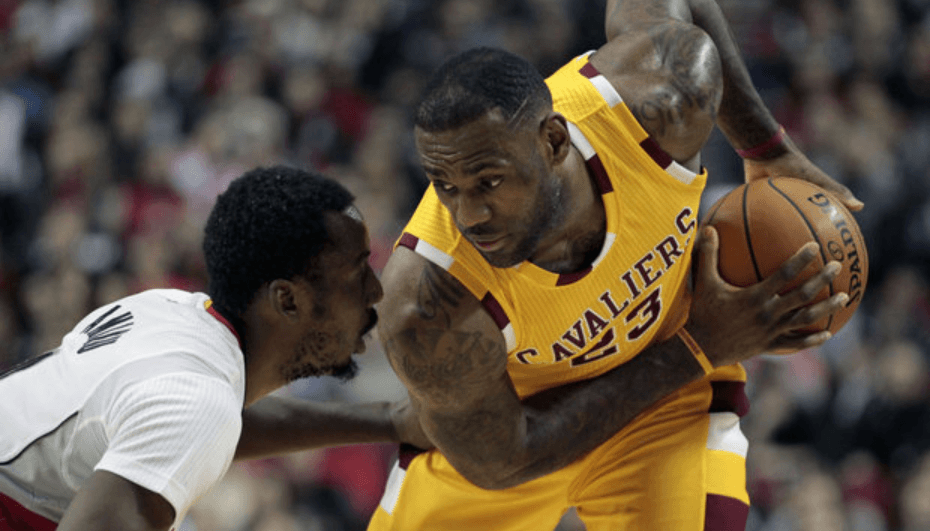 The Cleveland Cavaliers lost to the Golden State Warriors last night, but they were right back on the floor tonight vs. the Portland Trailblazers. Unfortunately for them, it was absolutely terrible as Cleveland trailed by as many as 34 points tonight.

The Cavs simply didn’t come out ready to play, although they did grab their biggest and only lead at 3-0 early in the game. From there, Portland Outscored Cleveland 34-9 thanks to some incredible Portland ball movement that led to C.J. McCollum and Allen Crabbe baskets. On top of that, Cleveland turned the ball over seven times in the opening quarter, resulting in their 34-12 deficit after one quarter of play.

The second quarter was far better offensively, but just as bad defensively. Cleveland could not stop the ball movement of the Blazers, and Portland got whatever they wanted. Cleveland trimmed the lead down to 16 at 24-40, but that was the closest they got for the remainder of the game as Portland went on a 23-10 run to take a 63-34 lead into the half.

The Cavs came out of halftime looking ready to make a push, scoring 12 points in the first four and a half minutes. They still, however, could not stop the Blazer offense. They increased their lead to an astounding 80-46 midway through the third, and it was basically over from there as David Blatt elected to sit his starters out for the remainder of the game. The Cavs were down 59-90 after three, and outscored Portland 17-15 in the fourth to lose by a final score of 76-105.

Kevin Love had 13 points and five rebounds. LeBron James finished with 12 points, four rebounds, and five assists. Matthew Dellavedova had 10 points and six assists. The Cavs, as a team, shot just 36.4% from the field and turned the ball over 17 times compared to the Blazers’ 46.1% and eight turnovers (none in the first half).

Cleveland has a day off before they take on the Phoenix Suns on Monday night and the Denver Nuggets on Tuesday night.