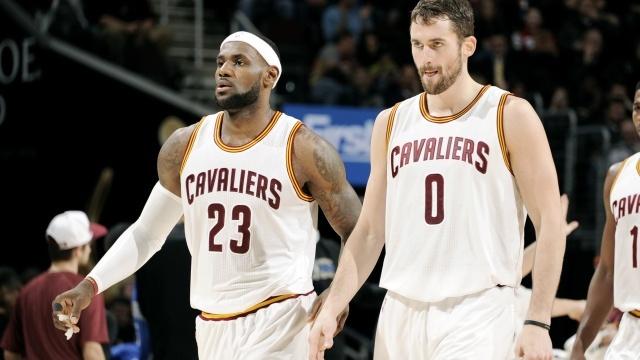 The Cavs, who have recently been bitten by the injury bug, found a way to grind out a win without several key players, including Kyrie Irving (hamstring cramp), J.R. Smith (thumb fracture), Mike Dunleavy (ankle), and Chris Andersen (ACL).

With quite a few injuries to the team, Cavs Head Coach Tyronn Lue has been giving more playing time to his bench. The decision, albeit a bit forced, has given players like Kay Felder, Jordan McRae, DeAndre Liggins, Channing Frye, and Iman Shumpert a great opportunity to make a serious impact.

In Monday night’s win over the Pelicans, the Cavaliers’ bench stepped up in a big way, tallying a combined 44 points.

Frye turned in 14 points, six rebounds, and two emphatic blocks in his 25 minutes of playing time. The smooth-shooting stretch forward finished Monday night’s win with a +/- of +17.

Richard Jefferson, who buried his 1,000th career made three-pointer in Monday’s win, recorded his first double-double performance as a Cavalier, scoring 12 points, 12 rebounds, two assists, and finishing +22 in 29 minutes.

Kay Felder, who subbed in for LeBron James in the fourth quarter, finished Monday’s game with 12 points on 6-of-11 shooting, two assists, and a +/- rating of +12.

Iman Shumpert, Cleveland’s defensive specialist, finished with three points, four rebounds, one assist, one block, and one steal on Monday night, but his +/- score of +20 proves the impact he had on the game in his 31 minutes of playing time. 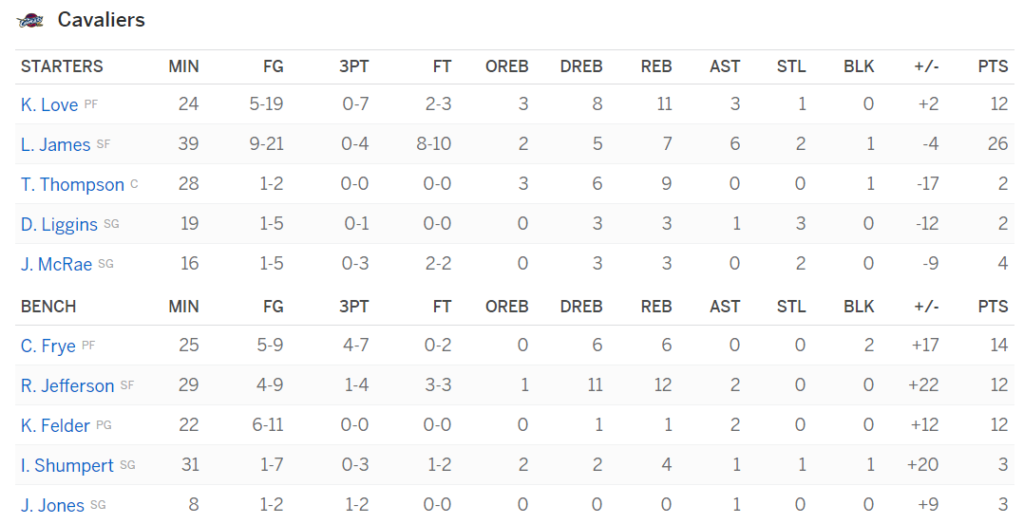 When you compare the +/- score of Cleveland’s bench to that of their starters, the story of Monday night’s game becomes clear.