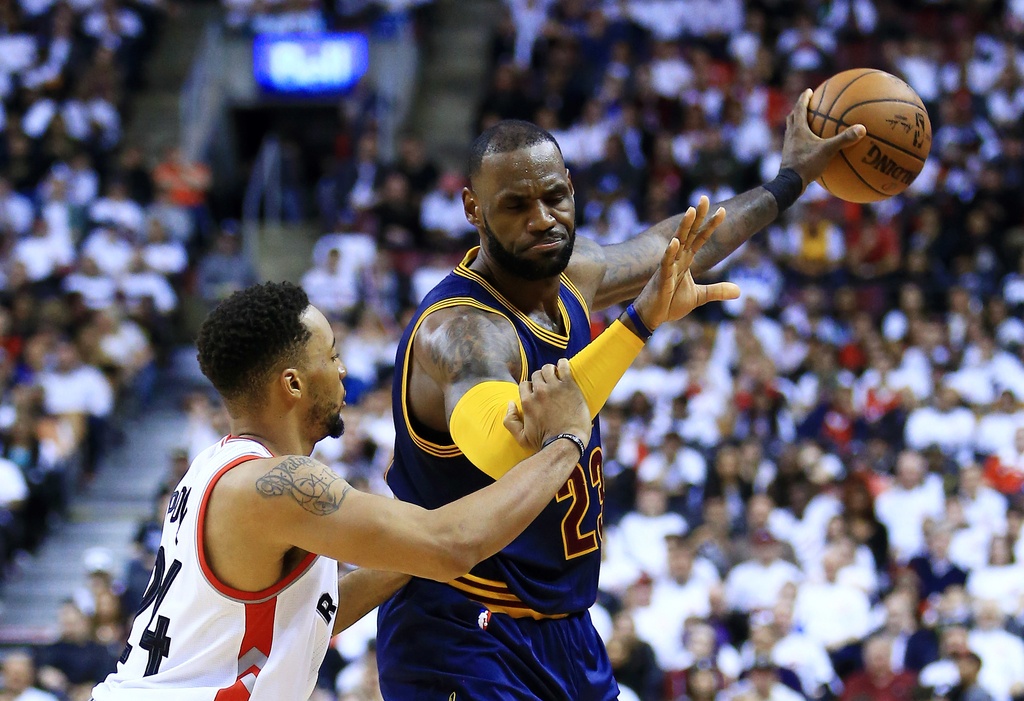 The Cleveland Cavaliers have stormed to their third straight Eastern Conference Finals with a convincing sweep of the Toronto Raptors. After dispatching the Indiana Pacers in the fist-round, the Cavs have gone from strength to strength as they demolished a Raptors roster that was specifically designed to take down LeBron James and co. It seems as though the world champions are getting better as the playoffs progress, and that spells danger for their opponents in the Eastern Conference Finals and perhaps beyond.

With the Cavs putting their end of season doubters to bed, they are playing the type of basketball which saw them lift the NBA championship last June. The Cavs had similar question marks entering the postseason last campaign but really hit their stride as the most important time of the year rolled around.

It has been a collective effort, with key contributions from Kyle Korver, J.R. Smith, Iman Shumpert, Channing Frye and Tristan Thompson through the first two rounds. They have followed the suit of leader LeBron James, who is putting together maybe one of the best playoff campaigns we have seen in recent memory. The reigning Finals MVP has been in astonishing form, as he dropped 35 points in Game 4  en route to his NBA playoff record — 12th sweep of his career.

The world champions and James are both in truly dominant form, and with their week of rest ahead of the Conference Finals, the Cavs are in a perfect position to reach the NBA Finals yet again and defend their crown.