Cavs Ban Hoverboards At The Q 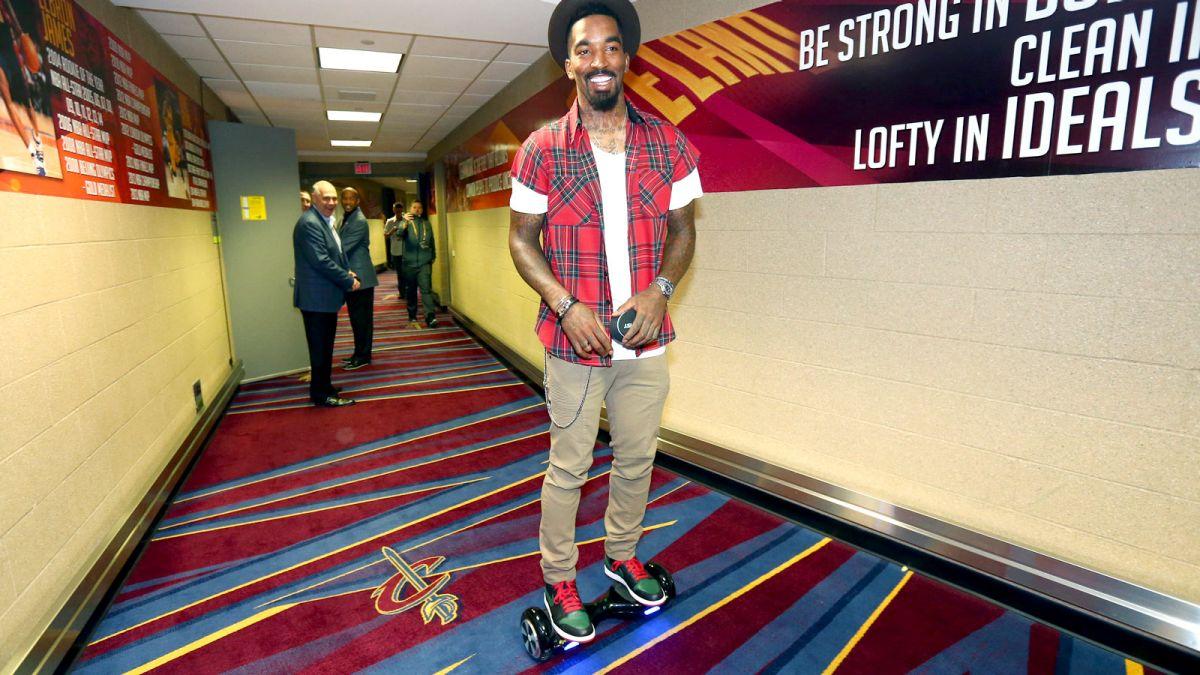 In the previous NBA Finals, people saw J.R. Smith go down the halls, figuratively and literally, of The Quicken Loans Arena on a hoverboard to everyone’s amusement. It was the first of such among players, making Smith quite a pioneer in that aspect.

But that fun-filled manner of going to the locker room have already seen it’s last day, at least for the Cavaliers at home, as Chris Haynes of the Northeast Ohio Media Group reported that the Cavs have banned the use of motorized scooters within their arena’s premises. The decision was made after a team meeting.

While it may seem as an absurd regulation, it is actually a part of the bigger and more noticeable changes that the team has implemented this season.

Players are beginning to wear more professional-looking outfits to games and they have also decided to no longer partake in the starters’ introductions anymore. All these are said to be the team’s way of shifting their mindset into a more serious and business-like approach. Whether these will work is still a long ways of being answered.

But for now, here’s J.R. Smith on a hoverboard.

Aside from the ‘get-serious’ approach, these hoverboards could also cause injuries to players. Sure it’s not really something you can get injured on, but we’ve seen crazier things happen to players in the past, so it’s better not to take any risks in regards to health; we all know that’s not something the Cavs want to play with right now.