Breaking news, Kevin Love has unofficially signed with the Cleveland Cavaliers! Today, Monday August 4th, 2014 the Minnesota Timberwolves and Cleveland Cavaliers have made a “hand shake” agreement to send former all-star Kevin Love to our Cavs. It has been reported by Brian Windhorst in a radio appearance with Chris Broussard and Ryan Ruocco that on August 23rd, the deal will almost positively be finalized. The deal cannot be finalized until August 23rd however, due to the fact that the Cavaliers first round draft pick Andrew Wiggins has signed a contract with the Cavs, and he is under a rule that states he cannot be traded for 30 days.

The one negative part to the famous “hand shake” is that just because the Cavaliers can’t make a move for Love until August 23rd, doesn’t mean other teams won’t. For example, if a team like Bulls or the Warriors (both who have shown interest in Love) makes a deal so good in which the Timberwolves could not refuse, than the Cavs would lose out on this great opportunity. However, as of now, that is unlikely considering Cleveland has more to offer the Timberwolves than both other teams.

{adinserter 2} There have been rumors that the deal will include Wiggins as well as last year’s first round draft pick Anthony Bennett. Wiggins, who spent last year playing for Kansas, has a great amount of potential and was supposed to be the answer for the Cavaliers disappointing past few seasons. This however, was all before LeBron decided to return to Cleveland Ohio and play for his home team. Since the Cavs have signed LeBron and are receiving more national media attention than they have in the past four years, more and more NBA players have been keeping their eyes on Cleveland, and trying to find a way to join the team. One of the biggest names out there was Kevin Love of the Minnesota Timberwolves. I mean do you blame him? Who wouldn’t want to play on a team with the greatest player in the world [LeBron James]?

James also really wants to play with Kevin Love. Multiple times he has reached out to Love about playing for the Cavs. Another good clue that James would give a warm welcome to Love is that in his coming home letter he did not once mention Wiggins or Anthony Bennett. In an awkward interview given to Wiggins yesterday, he was asked whether or not he has talked to LeBron and we found out that he had not. Wiggins stated “No. I’m sure he’s busy. I feel like I’m busy, so I am sure he’s busy” when asked why LeBron had not contacted him yet.

With the deal so close to being finalized we must all be wondering, “What will Love bring to the Cavaliers?” For starters, he is a great scorer. Last year while on the Timberwolves, he averaged 26 points a game, which was good for fourth in the league behind Kevin Durant, Carmelo Anothony, and LeBron James. Although he may not put up numbers those high since he will have more scoring talent around him in LeBron and Kyrie Irving, he would be a huge scoring asset to the team and more than likely be called upon whenever James isn’t on the court. His role as scorer will be much like the role that Chris Bosh had during the years Miami had the Big 3. Not only is Kevin Love a huge offensive player, his defense is also incredible. Similarly to his ranking in scoring, last year Kevin Love was third in the entire league when it came to defensive rebounds, he averaged almost 13 rebounds a game. If traded to the Cavs, Love will be sure to fight for every rebound and will definitely earn many extra possessions for the Cavaliers. With the help of Anderson Varejao, Love would make the Cavs have one of the strongest backcourts in the NBA.

Since a move is impossible until August 23rd, Cavaliers fans will once again have to play a waiting game, a game in which we are all masters of. Not only did we wait for LeBron to make a decision in 2010, once he went to Miami we all waited for him to return to the Cavs, and once he returned we all waited for him to pick a jersey number, and now we will wait to see what happens as far as Kevin Love. Isn’t that just what makes professional sports so incredible though? The greatness of anticipation is something that all sports fans crave for. 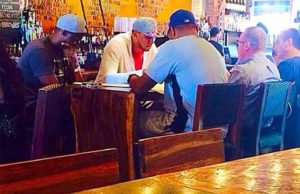