5 most surprising developments for the Cavs this season 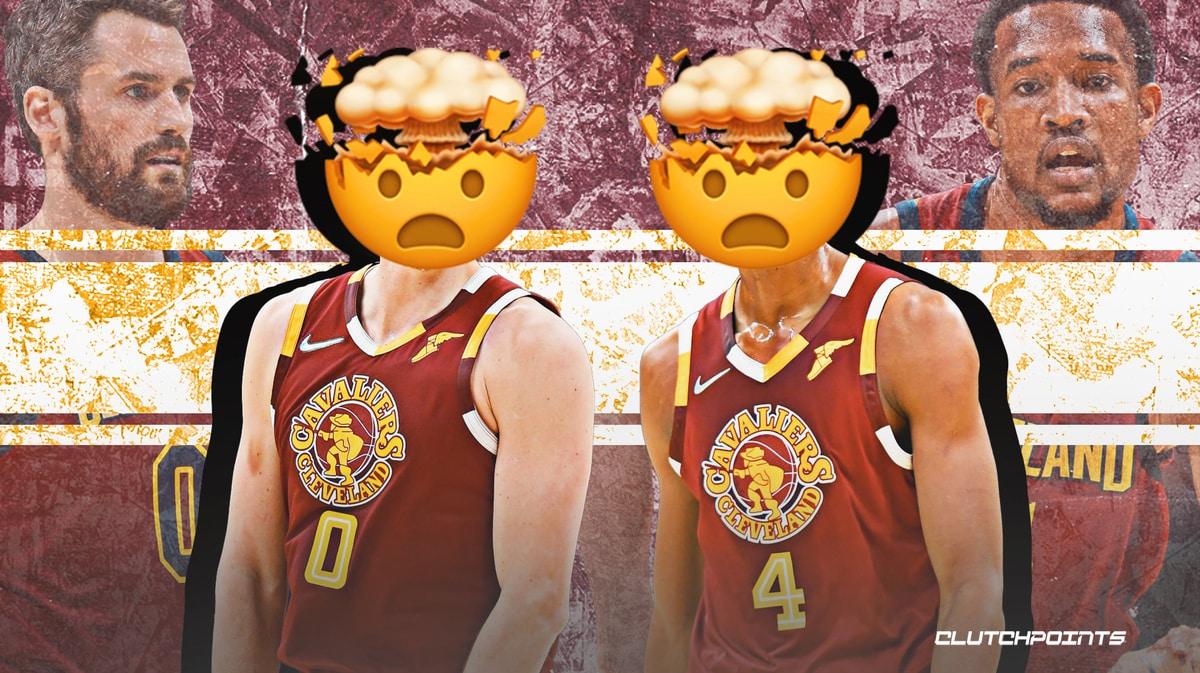 First off, this Cavaliers season itself is the most surprising development. This is a team that soared to as high as the second seed in the East before an injuries-induced tumble. Regardless of what the final outcome is for Cleveland this year, it’s impossible not to leave this season thrilled for the future of this franchise.

Several smaller storylines have brought about surprising developments to the team as well. As a whole, this is a team that has changed dynamically throughout the season, each and every player has added upon their NBA resume, predominantly in good ways. There’s no better fitting place to start, then the guy who changed the fortunes of this franchise as a whole:

In the NBA, defense is typically a skill that doesn’t transfer smoothly in your first year in the league. Just ask Isaac Okoro. Evan Mobley has taken that narrative and flipped it on his head. He’s also completely tarnished the idea that rookies are very rarely not negatives. Out of a very talented 2021 draft class, Evan Mobley has been the most impactful of them all.

This isn’t a case of Mobley receiving artificial value for playing on a winning team. He was an integral part in building this team. Cleveland rose out of the ashes this season despite losing their most productive player post-LeBron early on into the year.  The rook’s wide-reaching skillset has played a key role.

Evan Mobley dropped 22 pts on 75% shooting last night. The deft touch was on display, even his misses looked good.

All 12 of his FGAs ⬇️ pic.twitter.com/8m1WDrtyhP

With Jarrett Allen anchoring the paint, the USC-alum has usurped Larry Nance Jr’s defensive role from last season as a roamer and havoc wreaker. With his length, mobility, and smarts, he mucks up so much of what the opposing offense is trying to do. Offensively, he hasn’t been as dominant from the beginning, but he remains an extremely intriguing talent on that end. His physical tools in combination with his passing, ball-skills, and shooting ability are downright insane for a 7-footer.

Things looked bleak for the longest retained Cavalier last offseason. Coming off a disastrous Team USA showing and numerous outbursts over the last few NBA seasons, it seemed like a no-win situation no matter what the end result turned out to be between him and the team.

Kevin Love this year has exceeded all expectations. In a new bench role due to Evan Mobley’s arrival, he has been incredibly productive for the Cavs, a big boon to their success this season. He’s been taking jumpers at an incredibly high volume, but nailing them at a strong clip. Him drawing in defenders off-the-ball has been very beneficial for the ball-handlers in this offense.

We’ve seen a different version of him defensively, at times. He’s displayed hustle and the ability to be in the right position at the right time. He leads the league in charges. It’s not always good, no doubt about that, and he often takes shortcuts, but the improvement there from seasons past is evident.

Another guy who was known as a defensive negative, Lauri Markkanen has been an essential piece to what the Cavs are doing this season. Outside of Darius Garland, he leads the team in plus-minus. When the team is healthy, he’s taken on a unique role as a 7-footer that he’s done surprisingly well at.

Markkanen has been tremendous starting alongside Evan Mobley and Jarrett Allen. He’s put the work into playing a  big part in the Cavs defensive identity. Lauri’s been active on the perimeter, utilizing his mobility in a valuable way. He unlocks Mobley and Allen being able to play aggressive by being able to rotate back inside to cover for them without losing any size.

Lauri Markkanen doing the little things has been an encouraging sight. Crashing the boards. Being active and rotating defensively. Playing physical.

All things he has to do to make the “Tower City” lineup work. pic.twitter.com/WP3V4EPefj

Offensively, he’s been limited from what he’s been able to do in the past. Markkanen’s been placed in a box somewhat. Being guarded by quicker defenders on the perimeter has limited his ability to drive inside. He spends most of his time gunning from deep, and with the way the rest of Cleveland’s offense is set up, it’s been effective.

After not being selected in the 2020 NBA Draft, Koby Altman quickly scooped up Lamar Stevens. For the first time with the team, he has now secured a rotation spot with the Cavs night in and night out. His rookie season he got some minutes, because of injuries. The most impressive area of his game then, was his stout defense. It’s worth saying now that the best attribute he brings is his scoring.

Lamar has begun receiving an increased amount of reps and it has yielded good results. When the Cavaliers’ offense grows stagnant, he’s the kind of guy who can pull a rabbit out of the hat, with a string drive to the rim, a middie pull-up, or a fadeaway. In transition, he’s an absolute force going to the rim. He uses his strength and vertical exceptionally well in multiple different aspects.

Man Lamar Stevens is so tuffff. He’s now a lock to be in the Cavs playoff rotation and he 100% deserves it. pic.twitter.com/EqXC7A0TG2

He remains a stout defender. And yet there are several different areas that aren’t hard to see him improving in. Cleaning up smaller mistakes and getting more experience at the professional level are a very real possibility towards him taking the next leap as a key piece in Cleveland’s future.

Koby Altman has never been gun-shy. He’s already pulled the trigger on many franchise-altering trades since taking over for David Griffin. The Caris LeVert trade at the deadline was yet another one. With Ricky Rubio’s season-ending injury, he made the decision to acquire another ball-handler and shot-creator for the Cavs. He found one in the 6’6″ Caris LeVert.

In a unique sort of way, he kind of gives Cleveland the talent and skillset that they were hoping Kevin Porter Jr would give them. His scoring and playmaking chops, as well as his ability to play point guard, shooting guard, and small forward make him a versatile useful piece for the future of this team.

Caris LeVert had some nice interior feeds to Moses Brown last night. Brown missed some gimmes/easy touch shots, that won’t be the case with Allen. pic.twitter.com/cR0TtZVsDd

LeVert’s had his ups and downs so far as a Cavalier, but he’s yet to be able to play with a fully healthy version of the Cavs, hopefully something we’ll be able to see in the postseason. Being able to add a player of Caris’s caliber to Cleveland’s core was a big boon for the team. Next season, him paired with both halves of Sexland should produce a fiery, dynamic backcourt with no shortage of production and pizzazz.