4 reasons why the Raptors are currently the Cavs’ biggest rival 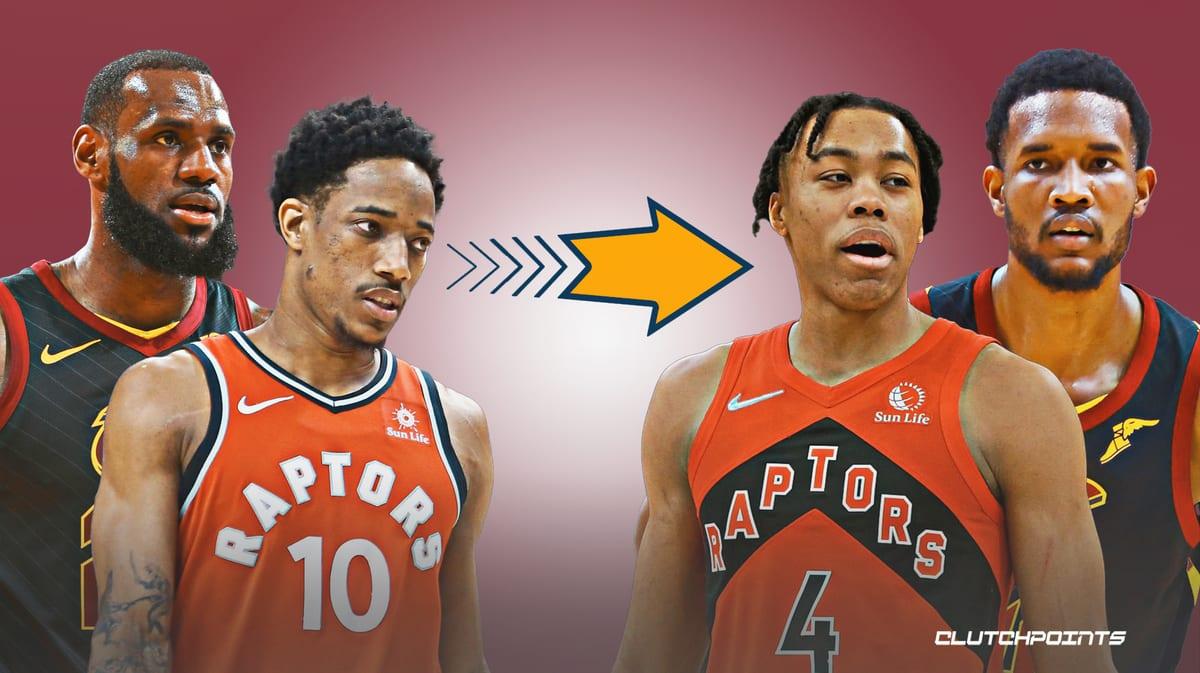 Gone are the days of the four consecutive Cleveland Cavaliers-Golden State Warriors NBA Finals. The NBA is an ever-shifting, ever-evolving, ever-fluid league. Very few rivalries in the association remain consistent from year-to-year, with both teams hating each other.

Cavs-Dubs could very well go down as one of the greatest rivalries of all time, but it only lasted four years. There’s still some ill will between the fanbases, but the teams could really care less. Only one current Cavalier remains from those title teams. Draymond Green and Steph Curry have showered Cleveland’s young core with compliments.

The NBA today is a very friendly league, but there are certain strains of bitterness between some teams. 2016 kicked off a relationship between the Cavs and Raptors that has only grown more and more tense through the years. With both teams fighting for Eastern Conference seeding with each other this year, the spotlight on it has only gotten brighter.

As the Cavs fight to maintain a guaranteed playoff-spot over the surging Raptors, now seems like a good time to take a look at what has been the defining moments of this rivalry that is becoming more and more legitimate.

This is where it all begins. Before trading for Kawhi Leonard, the Raptors had built themselves a pretty dang nice core. Kyle Lowry, DeMar DeRozan, Jonas Valanciunas, and Serge Ibaka was nothing to scoff at, but they ran to some unfortunate playoff struggles at the hand of the king. Lebron James made a mockery of this franchise for three straight years.

In back-to-back-to-back playoffs, the Cavs eliminated the Raptors, sweeping them twice in the second round. Per Statmuse, LeBron averaged 31.1 points, 8.4 rebounds, and 7.6 assists versus the Raptors in the playoffs. Always a force to be reckoned with, he was borderline unstoppable, be it in Cleveland or Toronto… LeBronto.

LeBron James was so dominant that the basketball world effectively renamed an entire city for the time being. At this point of the rivalry, things were rather one-sided, but everything in the post-season is intensified ten times over. Bad blood was already beginning to brew.

The Raptors have seen a bit more success than the Raptors in recent years, up until this season. With Kawhi Leonard in town, they won a title to join the Cavs as one of the most recent teams to take take home a championship. That hasn’t stopped the teams from holding grudges against each other. Two recent instances stick out.

In 2019, the first season of the Cavs’ rebuild, Marqueese Chriss and Serge Ibaka got into a hockey-style throwdown, with punches being tossed and vulgar language being exchanged. Not a good look for either player, but this is the type of stuff you’ll see in traditional rivalries.

In another regular season flareup just over a year from now, Collin Sexton got into a heated moment with several Raptors at the end of the first half. There weren’t any physical altercations involved in this one, but Norman Powell and Fred VanVleet got up in his grill and made sure to have their input be heard.

Jawing between Fred VanVleet & Collin Sexton as half ends, then Norman Powell joins in. Interesting scene as both teams gather. Can tell how much #Cavs and #Raptors want this one

Norman Powell and Collin Sexton having a LOT of words. Norm is fired up.

Looked like Norm gave him the old point to the tunnel invite.

However, Sexton was the one who remained motivated by the scuffle and ended up taking the second half over with a visible chip on his shoulder. The game ended up being one of the best of his career. He’s the type of guy who always ends up playing better in the midst of adversity. He has that Michael Jordan mindset. Collin Sexton will take your words personally.

3: Dueling Rookie of the Year Candidates

The 2021 NBA Draft class is sure to go down as one of the best in recent history. The Cavs and Raptors drafted back-to-back in it, selecting at three and four. Both came away with incredible day one talents in Evan Mobley and Scottie Barnes. For the vast majority of the year, those respective players have been dominating the ROTY conversation.

They’ve put up similar stat-lines and done what few rookies ever do: be impactful members of a playoff-caliber team. The improvement both guys have made in the course of their leap from college to the pros has been rather impressive to see. Rookie of the Year debates have become a pretty hotly contested topic among fans, and is one that will likely continue to be discussed even after the award recipient has been named.

This is why the Cavs-Raptors rivalry has the makings of one that could last for a long time. Both teams have won an NBA title recently. Both teams went through a quick rebuild/retool and are back on the upswing towards Eastern Conference contention.

This year, Fred VanVleet and Darius Garland were both named first-time All-Stars, as well as Jarrett Allen, who narrowly edged out Pascal Siakam for an injury replacement slot. As mentioned above, Evan Mobley and Scottie Barnes headline last year’s draft class. A number of other young talents are represented among these two teams, including OG Anunoby, Collin Sexton, Gary Trent Jr, Isaac Okoro, Precious Achiuwa, and Lauri Markkanen.

The figures who existed during the two squads playoff bouts left one-by one: LeBron James, DeMar DeRozan, Kyrie Irving, Kyle Lowry, Tristan Thompson, Jonas Valanciunas, etc. Both the Cavs and the Raptors are ready to move on with the next generation of their franchises, though. Bright futures lie ahead for each team.

Perhaps if things go how they very well could, we have on our hands one of the next great rivalries in the NBA.