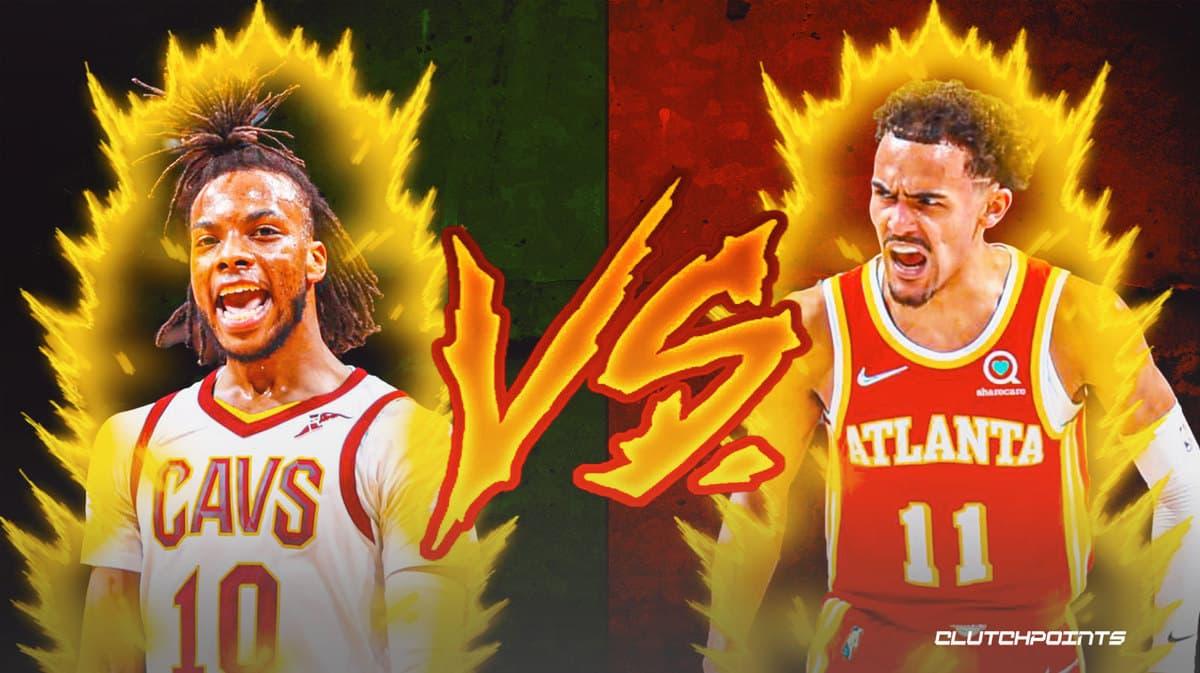 Coming off a difficult loss to the Brooklyn Nets, the Cleveland Cavaliers will have to quickly refocus their sights on the next game lying ahead of them: a showdown with the Atlanta Hawks. A win means a ticket to the first round of the NBA playoffs, and a best of 7 series with the first seeded Miami Heat. A loss means they’re eliminated from playoff contention, but the silver lining is that they maintain their lottery-protected first-round pick that they shipped out for Caris LeVert.

Cleveland and Atlanta have had a fair number of clashes in the past, with similarly timed contention and rebuild phases. Last season, the Hawks soared out of the depths of their rebuild. This year, the Cavs did the same, displaying the ability to battle with Eastern Conference heavyweights before getting sunk by injuries.

Nonetheless, the Cavaliers shouldn’t be seen as underdogs in their bout with the Hawks. These are two similarly talented teams, but there’s a good amount of reasons for why the Cavs should be expected to leave this match up with a win, unlike the expectations that came with the Nets game. It all starts with a potential resolution to Cleveland’s injury problems.

The wine and gold have been without Jarrett Allen for their past 19 games and have gone 7-12 over that stretch. Him being named a first-time All Star this season is a testament to the strides he’s made as a player. Allen is the team’s best defender, as well as 2nd best offensive player with Collin Sexton out.

The former Brooklyn Net is the anchor to Cleveland’s defense. He’s a terrifying presence at the rim who can also move his feet quite well on the perimeter. Without him, the Cavs have had to employ an entirely different defensive scheme which has been notably less effective than what they were using prior to his injury.

Offensively, Jarrett is arguably the best roll-man in the NBA. Being an elite screener is an under-talked about skill, but he’s among the very best at it. When you have a guard such as Darius Garland on your team, it’s imperative you have a guy who can help him get an advantage on his defender. On top of that, JA is an athletic, overwhelming lob threat that also has shown some skill as a passer and scorer in the post.

Jarrett Allen with some legitimate self-created makes against legitimate 5s in the low-post.

The Cavs have the personnel to take on Atlanta without him, but having Jarrett Allen down low would make the job a heck of a lot easier. Reports are that he went through Cleveland’s practice between the Nets and Hawks game with no issues.

Atlanta will struggle to defend Darius Garland and Evan Mobley

Darius Garland and Evan Mobley both wowed in their postseason debut, and they hope to keep it coming against the Hawks. Atlanta had a bottom 5 defensive rating as a team during the regular season. They start two clear negatives defensively that Cleveland should be able to capitalize on (Trae Young and Danilo Gallinari) in the same mold that Brooklyn started Kyrie Irving and Seth Curry.

Both players have proved that they’re not afraid of the moment and the pressure that comes with the play-in games. With Garland learning how to survive without Allen, he has developed an improved chemistry with Mobley, thanks in part to Evan becoming a little better at setting screens. Darius is playing the best basketball of his career and that should continue against this Hawks team that is missing John Collins.

Unlike their previous game, the Cavaliers will have home court advantage for this one. The city of Cleveland has embraced this young, gritty team. With the Browns having a disappointing season, the surprise of the Cavaliers season has been a pleasant breath of fresh air for Northwest Ohio. The Cavs rank 9th in the league in team attendance, despite being one of the smallest markets in the league.

The team has a 25-16 record when they play in front of their home crowd, compared to 19-22 when that’s not the case. Cleveland also got to witness a very successful All-Star weekend for the Cavaliers, right in Rocket Mortgage Fieldhouse. Darius Garland and Jarrett Allen were named first-time All-Stars and won the All-Star Game. Evan Mobley and Isaac Okoro won the Rising Stars Challenge. Then, Darius Garland, Jarrett Allen, and Evan Mobley won the Skills Challenge as well.

It shouldn’t be understated the impact of having your home fans behind you, cheering you on. JB Bickerstaff said he expects the play-in game to be the loudest game Atlanta’s played in all season. Cleveland is excited. For the first time in 24 years, the Cavs have a shot to make the playoffs without LeBron James