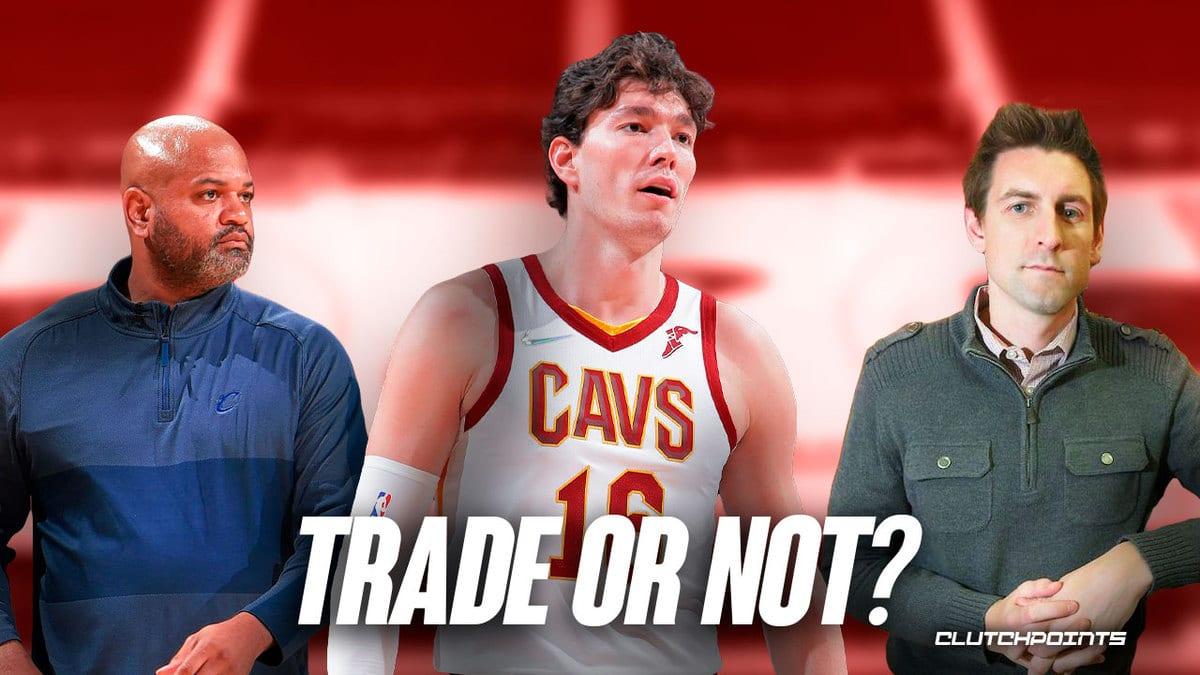 Much has been said about whether or not the Cleveland Cavaliers must trade Cedi Osman. Admittedly, there are compelling arguments to move him out, but there are also interesting reasons to keep him with the Cavs.

First, let’s acknowledge a very good reality for Cleveland fans: suddenly, the Cavaliers have a ton of depth.

Depth has long been an issue since LeBron James left the franchise in 2018. It was also a problem for the Cavs last season, leading to their late-season collapse.

Cleveland survived losing Collin Sexton for most of the season and also had to deal with Ricky Rubio’s season-ending injury. The injuries sustained by Jarrett Allen and Evan Mobley, however, just sunk their playoff hopes.

Not surprisingly, the Cavs went right to work in free agency to remedy their depth issue. They found a way to get Rubio back and drafted a solid rookie in Ochai Agbaji. The Cavs also signed free agents Robin Lopez and Raul Neto to contribute as role players.

Those moves may have yielded another problem, though. The squad is left with a limited number of roster spaces and too many players to fill them. This is why the alarm bell is sounding for Osman to be traded.

Hear me out, though. Here are three reasons Cleveland must not trade Cedi Osman.

Cavs have discussed Cedi Osman in trade talks this offseason, but for now, he’s been top Turkey in international play. https://t.co/ocno71QHHc

Why the Cavs must not trade Cedi Osman

In a world where the Cavs cannot get the real LeBron, why not settle for the Turkish LeBron?

At 6’7 and 230 pounds, Osman has good size for a hybrid wingman. He also possesses several tools in his game that are worth appreciating. Sure, his defense hasn’t quite developed in the way fans had hoped, but his offensive skill set on the wing is where his value and versatility come in.

Last season, his most valuable addition to the Cavs was his jumper. He knocked down close to 36 percent of his triples while also averaging 10.7 points per game. Those numbers made him one of the best floor spacers the Cavs had last season.

He also has a very solid handle for a bigger wing. Pairing that with his decent athleticism allows him to get all the way to the rim a few times each game. Although they’re not high-level options, he can also utilize a floater or pull-up J inside the arc. In turn, his ability to collapse the defense from time to time opens up another aspect of his game.

Cedi Osman is also a great passer for a small forward. He sees the floor well, part of which is thanks to his height. He can run sets pretty well and can run the pick-and-roll quite decently. His ability to do all these things shouldn’t be confused with assigning him the role of being a primary ball handler, however. He’s much more of a complementary facilitator.

In other words, he will never take the luster from, say, Darius Garland or Collin Sexton, if the latter returns. Instead, he’ll supplement their production with his own. Put him in a rhythmic offense with a lot of movement, and he’ll fill in all the gaps that you could ask for.

Truth be told, his low points are uncomfortably noticeable, but his high points are worth it. When he’s on, the Cavs are pretty fun to watch and tough to beat. He’s someone that this Cavs team will find useful as long as they give him the opportunity to play meaningful minutes.

Keep in mind that Cedi Osman is the second-longest tenured Cavalier behind Kevin Love. Despite that, the team moved him to a predominantly bench role with the addition of Isaac Okoro last season. He started just three out of the 66 games he played in 2021-22 and played just 22.2 minutes per contest, his lowest since he was a rookie.

Still, this is a guy who has played five NBA seasons and has been in the playoffs alongside LeBron James. Very few players on the current Cavs roster can say that. His experience gives some value to an otherwise very green Cavs unit.

Again, yes, when he’s not in a groove it can get bad. But when he’s clicking? He’s one of the most impactful players on the team.

If you call him a jack of all trades, master of none, you’d be right. He is, however, good enough at many of those things to the point where he’s not just exceedingly sub-par or even mediocre.

Take Osman for what he is: a multi-faceted player with the experience to round out a very promising but inexperienced Cavs team.

1. He’s on a cheap, flexible contract

Perhaps the most compelling reason to keep Cedi is that he’s cheap. He is set to earn $7.4 million this year as part of the multi-year extension he signed in 2019. After this year, he has one more year on that contract, which is non-guaranteed. This gives the Cavs a lot of cheap flexibility with Osman.

Why trade him now when they can play him early in the season and see what they’ve actually got? If he doesn’t work out as well as they want, he can be an intriguing trade asset whether before the 2023 deadline or during the 2023 offseason.

One may even argue that the Cavs should wait for his contract to have one year left. That actually makes him a more intriguing trade asset, especially for teams who don’t want long-term deals.

As things stand, Osman just doesn’t carry much objective trade value. The Cavs probably wouldn’t get much for him right now.

If he has some good production under his belt early in the season, however, and if the Cavs can wait one more year, they can potentially squeeze out much more value from the Turkish LeBron.