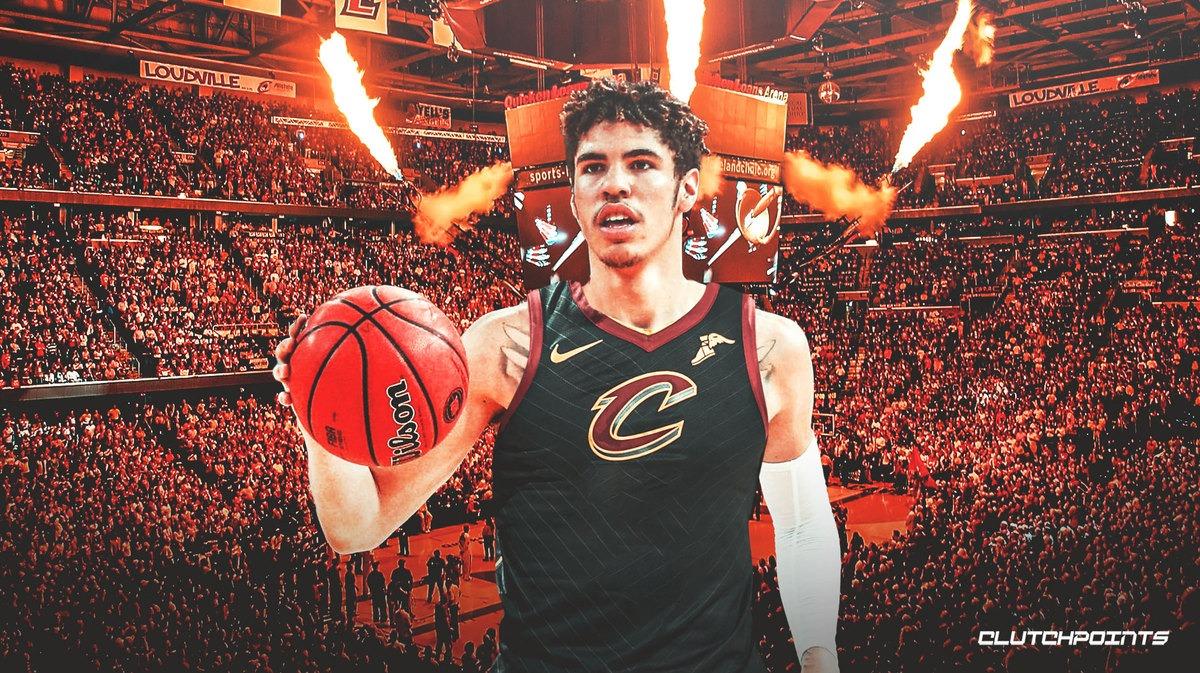 The 2020 NBA Draft is next Wednesday, and for the second year in a row, the Cleveland Cavaliers own the fifth overall pick. With no clear-cut top prospect in this year’s class, this draft is a wild card, as is the Cavs’ No. 5 selection. Anything could happen, so it’s of course worth the time and effort to research all the top prospects.

LaMelo Ball will be under the microscope here, although he’s used to that by now. The youngest Ball brother has been in the public eye since he was in middle school, and he actually played his senior season at SPIRE Institute and Academy in the Cleveland area before joining the Illawarra Hawks of the NBL.

Calling Ball an elite passer is an understatement. He could easily go down as one of the game’s all-time greatest distributors. He has such an impressive grasp of how to draw the defense in and get teammates open. He sees passing lanes before they open, and highlight-reel no-look passes are the norm for him. He will instantly improve his team’s offense by a dramatic amount simply because of how good a passer he is. We’ve seen the Cavs struggle at times because of a lack of ball movement. With Ball as the primary initiator, that wouldn’t be a problem.

Ball’s shooting is not where it needs to be, but he has the ability to hit from anywhere on the court. There’s a conundrum there with shot selection and efficiency, but Ball is entirely capable of making any deep shot.

Ball is not explosive, but he has good agility and is very limber. He’ll never be an overpowering athlete who can get to the rim at will, but that’s not his game. For where Ball excels, he’ll have no athletic limitations in the NBA. He weaves through traffic well and is able to contort his body to attempt shots and make passes that most other players cannot.

Rookies often struggle to adjust to the speed and complexity of the NBA game because they were able to get by on pure physical talent in high school and college. Ball is prepared for that learning curve because of his pro experience and ridiculous knowledge of the game, which would be a boost for a Cavs team trying to take a step forward.

Ball seems most comfortable with his floater right now, and that’s fine, because it’s a very good shot for him. He’ll have a height advantage over pretty much all point guards he matches up against, so using that to his advantage is smart.

Ball has plenty of room to improve in this area, but he’s a good finisher right now. He uses both hands well, which means defenses won’t be able to key in on forcing him to one side. He is also ambidextrous both handling the ball and as a passer. Ball is a finesse and skill player in a league that hasn’t quite seen a player like him.

Ball just turned 19 in August. He has so much time and room to grow, not just in his game, but also physically. He is listed at 6-foot-8 and 180 pounds, and he does need to fill out his frame more. But having a point guard with the size of a forward would be advantageous to any team, even if he’s skinny for a while.

Ball is a poor defender right now, and it has much more to do with a lack of consistent effort as opposed to ability. He has the same basketball IQ on defense that he does on offense, but he’s not always active and engaged. That will obviously need to be addressed, but if Ball can become motivated, he has all the tools needed to become an elite defender, both on and off the ball. He has a 6-foot-10 wingspan and nimble feet, and his size allows him to easily block passing lanes. It’s just a matter of getting him to want to do those things on a consistent basis.

Ball has limitless range, but his shot form is awkward and he shot just 38% from the field and 25% from beyond the arc last season. Just like his older brother, Lonzo, LaMelo’s mechanics will need to be rebuilt in order to speed up his shot and get his release point higher. Perhaps even more importantly, he needs to work on getting his form down repeatedly so that he can hit shots consistently. Because of his elite playmaking ability, it won’t be a disaster if Ball never develops into a great shooter. But if a team like the Cavs is investing a top-five pick, they’d probably like him to be able to shoot better than he has.

It’s not just form that Ball struggles with; his shot selection could also be much better. He does have a tendency to force up difficult shots instead of passing, and he also likes taking deep triples early in the shot clock. It’s easier to tone down a player’s aggressiveness than to turn it up, so this is certainly a fixable issue.

Given his thin frame, it makes sense that Ball would struggle with strength. If he’s going to become a better finisher and defender at the next level, he’ll need to add core strength and mass. It’s easy to envision more powerful guards like Russell Westbrook having little issue getting to the rim against Ball at this point.

Ball is an excellent prospect whose rare playmaking ability makes him entirely worthy of the first overall pick. He has the potential to become an elite player if he improves his shot and defensive effort, but at worst he’ll be a fantastic passer and floor general. It’s incredibly unlikely that he makes it to the Cavs at No. 5, but if he somehow does, the team would not be able to pass him up, even after taking point guards in each of the past two drafts.