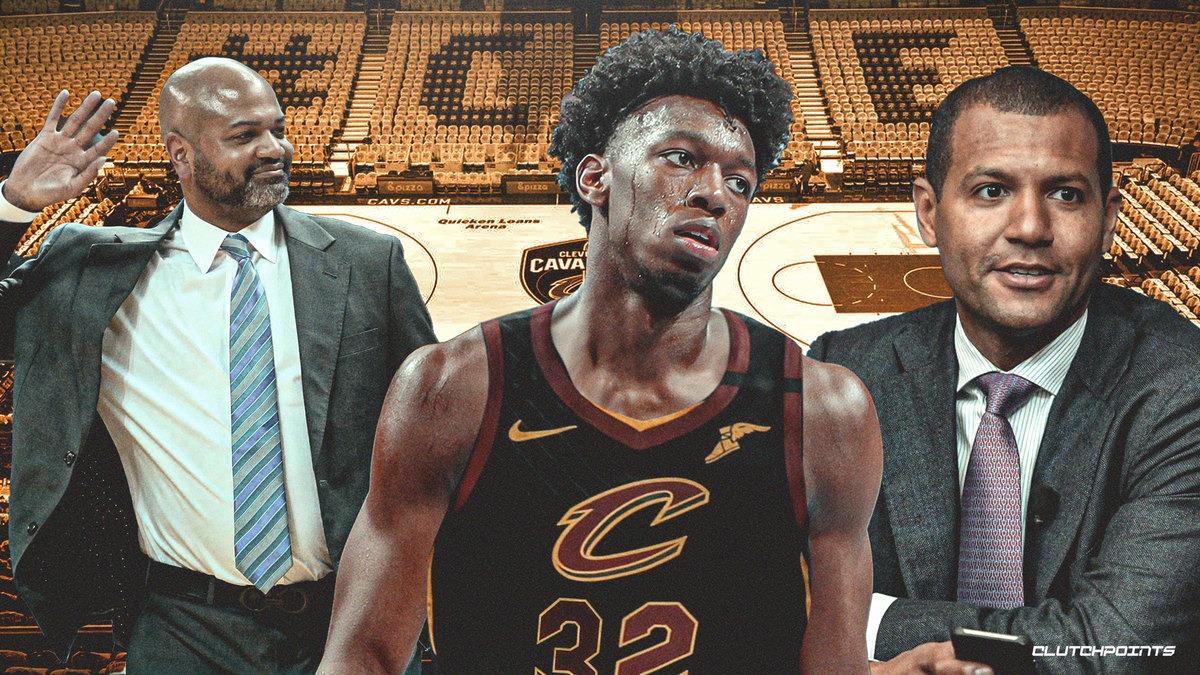 The 2020 NBA Draft is just days away, and next up in this series of Cavs Draft Profiles is Memphis big man James Wiseman, who presents an intriguing blend of size and athletic ability. Widely expected to be one of the first three players taken Wednesday night, would he be a fit with the Cleveland Cavaliers Wiseman is listed at 7-1 240 pounds, and is a legitimate seven-footer. His standing reach is a reported 9-5, which far outclasses Andre Drummond’s 9-2; Drummond is one of standing reach 9-5, compared to Drummond’s 9-2; Drummond is part of a dying breed of throwback centers in today’s game, and while that’s more or less what Wiseman is right now, he has the ability and the potential to grow beyond. He’s a fantastic athlete, as evidenced by his explosive dunks and high-soaring rebounds and blocks. He’ll be 19 until next March, so he still has plenty of room to grow physically and to grow into his body. He’ll have the athletic advantage against most centers he matches up with in the NBA.

Wiseman uses his superior size and athleticism to their full potential in transition. He can outrun opponents down the floor and when he gets a full head of steam going towards the basket, there’s not much that can be done to stop him. Guards will love running the pick and roll with him, as pretty much any lob they toss-up will be thrown down by Wiseman. Even if the rest of Wiseman’s game never develops, his ability as a rim runner will allow him to stick around in the league for a long time.

Wiseman’s pure size and explosiveness allow him to rebound at a very high level. Even against established pros, he’ll have a reach advantage, and as long as he gains and keeps positioning, he should be a double-double machine.

In his three games as a Tiger, Wiseman blocked nine shots. With his size and athleticism, that shot-blocking ability should translate to the NBA, although it’s highly unlikely that pace would have been kept up had he continued to play in college. Wiseman has the potential to become one of the league’s elite defensive bigs.

Wiseman has a long way to go in terms of his offensive development, but the toolbox is there. He has a soft touch around the rim and a good shooting form to build on. The three-point shot is certainly not there for him right now, but it could be in the future. If Wiseman can add some spacing to his game, and continue to refine his post skills, he could end up as a uniquely devastating offensive weapon.

Wiseman needs to improve his defensive awareness, whether he is in the post or out on the perimeter. He also needs to find some way to mitigate his poor lateral agility, otherwise, opposing teams will just switch him onto guards every play. It’s a legitimate concern for his long-term outlook, as a lack of quickness is difficult to overcome, especially if the player’s goal is to add more mass.

That should be the goal for Wiseman, as he is a skinny 240 pounds. His lower body is weaker than you’d like, and until that changes, he could get bullied by stronger bigs. There should be plenty of room on his frame for an extra 10-20 pounds, and if he can bulk up without losing his explosiveness, look out.

Wiseman has not shown to be a good passer from the post, which is a problem in today’s game. He obviously doesn’t have to be a primary distributor, but the ball can’t just stop moving when it gets to him.

Some of these issues may have already been improved upon by Wiseman, but no one would know it. He played just three collegiate games before being suspended for an NCAA violation related to head coach Penny Hardaway helping his family with moving expenses. Wiseman then decided to not return to the court for the Tigers and instead prepare for the NBA Draft. The suspension itself should have zero impact on his stock, but the lack of game tape most certainly will. The Cavs took Darius Garland fifth overall in 2019 after he had played only five (appeared in five, but really played just four), so it’s unlikely they’d have an issue there. The thing is that Wiseman was on a superhuman pace that was almost impossible to keep. There just isn’t much to go off of, and that could be a dealbreaker for a team investing a top-three pick into a player.

James Wiseman is a physical specimen with the potential to become a truly elite player, and a floor that is relatively high compared to some of the other prospects in this class. It’s unlikely he’ll fall to the Cavs at #5, but if he were to, the presence of Andre Drummond should absolutely not factor into a decision on Wiseman. He may be the most naturally talented player in the draft, and in a rather weak class, he is the potential home run at the top. The Cavs should either swing for the fences or find a way to guarantee a baserunner, and Wiseman would accomplish both. He may be a DeAndre Jordan-type player, or he could end up as an All-NBA member. In any case, the natural talent he possesses should be too much for the Cavaliers to pass on.