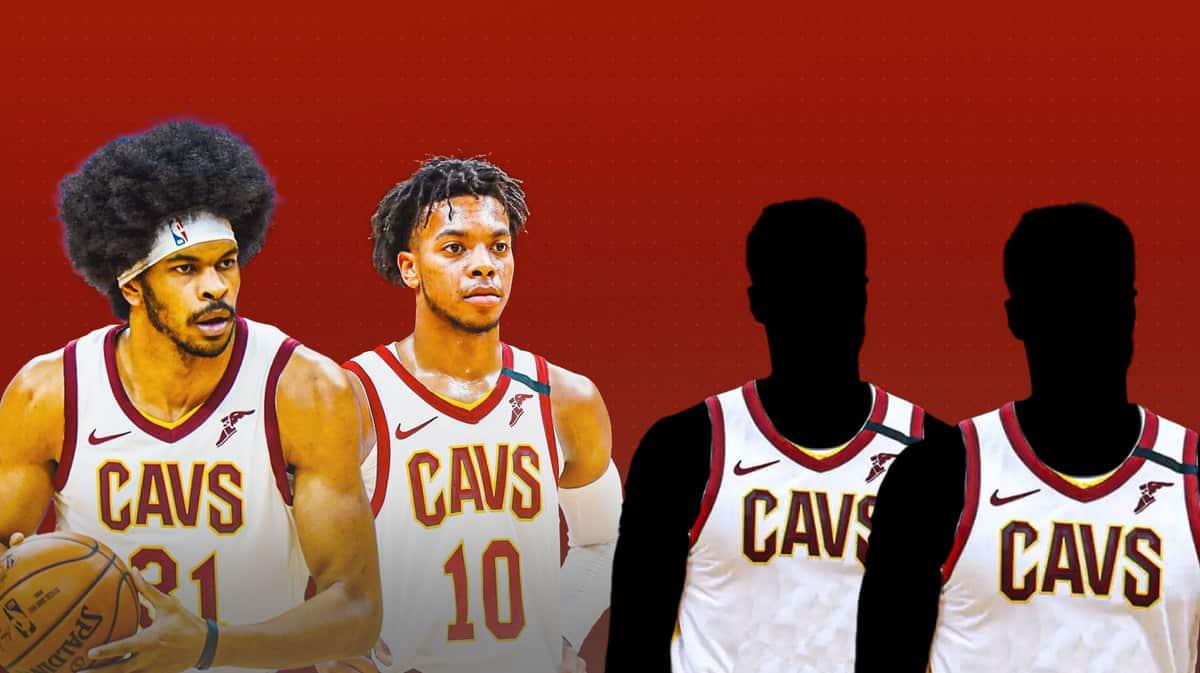 For a team as successful as the Cleveland Cavaliers, it’s hard to do anything but focus on the positives.

The Cavs have outperformed even the wildest expectations set out for them this season. At the All-Star break, they’re tied for third in the Eastern Conference. The Cavs have two All-Stars and two Rising Stars participating in the events, not to mention likely finalists—and perhaps winners—for Sixth Man of the Year, Coach of the Year and Rookie of the Year.

But not everything in sunshine and rainbows for Cleveland, although it may seem like it. The vast majority of this roster has done more than prove their worth this season. There are a few players who could stand to play better after the All-Star break, but two stick out as the Cavs set their sights toward the playoffs.

Isaac Okoro is in an interesting spot with the Cavaliers. Taken fifth overall in the 2020 NBA Draft, he made Second Team All-Rookie team a year ago and was named a Rising Star this season. His NBA career certainly hasn’t been an easy one. His rookie campaign came off the shortest offseason in league history, and was a shortened season as well. Right out of the gate, he guarded the opponent’s best player night in and night out, too.

Okoro came into the NBA as a toolsy athlete with a strong motor, defensive instincts and overall basketball IQ. However, he was very lacking in the skill department, primarily his handle, jump shot and finesse around the rim. Most of that remains the case over halfway through his second season.

The DG-JA duo hasn’t been as effective recently as it has been all season.

Teams are crowding the paint and daring the Cavs to shoot. Specifically Okoro.

These are all of his halfcourt shots from last night. Watch where Okoro’s man is. They’re completely ignoring him. pic.twitter.com/y1ONS3EwbS

Okoro’s defense does provide good value for the Cavs, especially at the point of attack. Offensively, the lack of a 3-point shot has hurt, but he’s hyper-explosive off the catch and has developed a good sense for shifting the defense and finding the open man when darting towards the rim.

He’s easily a positive defensively, but not so much on the other end.

Isaac Okoro had 5 assists last night. Made some nice interior reads, getting the ball to the bigs. pic.twitter.com/hQSY7kyNnB

For Okoro to take that next step with the team, he needs to be more aggressive in demanding offensive reps and getting shots up. His finishing off of drives should improve with time. Then obviously, the shooting and handle need to get better.

That’s likely more of an off-season type of thing to work on, but any progress he can make in that area as the season goes on would be a very welcome addition for the team, as the Cavs are looking for any additional offensive firepower they can get.

It’s not fair to say that LeVert has been disappointing during his brief time in Cleveland. He’s barely played a few games with the team, but does still have much to prove in relation when it comes to how he’ll fit within the Cavs’ established identity.

J.B. Bickerstaff’s team has been successful all season, but brought in LeVert before the trade deadline to help the offense.

LeVert did a phenomenal job of getting to the paint all night long and making stuff happen for the Cavaliers. Cavs have missed this. Impressive all around game for him as the starting PG pic.twitter.com/h9twGAsFtf

Bickerstaff seems to be having the Ohio native settling into a sixth man role. LeVert has shown countless flashes of excellence and packed stat sheets throughout his career, but they’re rarely accompanied by efficiency and winning. It’s up to him to make a statement with these Cavaliers that those results had more to do with the circumstances he was in rather than what he actually brings to the table.

LeVert’s role in Cleveland might differ from game-to-game or even minute-to-minute. He may be asked to be the point guard in certain lineups. For others, he might be more of a designated scorer. Or he might even play primarily off the ball. Similar to Collin Sexton in that way, he’ll have to be open to whatever Bickerstaff asks of him.

For a guy who’s spent most of his career on bad teams without much structure, that’ll be an adjustment for LeVert. Now’s time for him to prove to the franchise and fanbase that he’s up to the task.