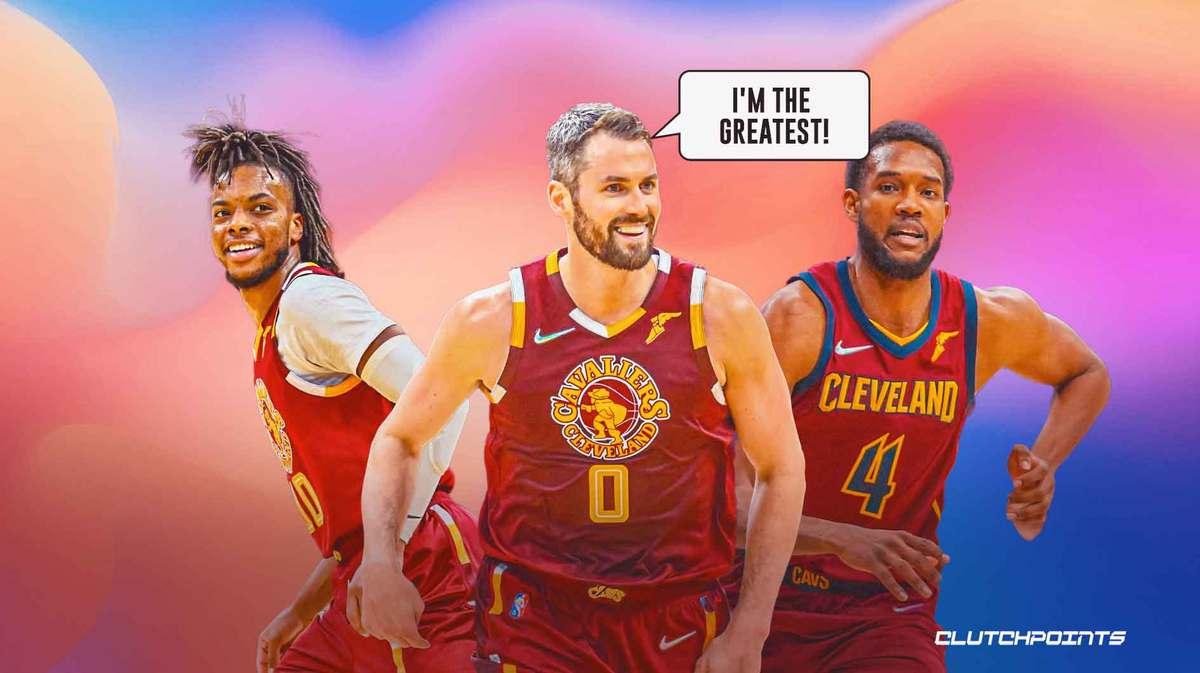 Take a bow, Kevin Love! The Cleveland Cavaliers forward delivered what is perhaps one of the greatest scoring performances of all-time. In just 15 minutes of action, Kevin Love scored a whopping 32 points. Yes, you read that correctly.

In just over one quarter of play, Kevin Love scored 32 freaking points. It’s an insane accomplishment, one that is even more insane when you realize Love was written off earlier in the season. Many fans were calling the Cavs forward “washed up” and “too old”, especially after he bowed out of the Team USA practice. Now, Love is giving fans flashbacks to his early days in Minnesota.

Love’s 32-point outburst has Cavs fans salivating for their chances in the Play-In Tournament. Before that, though, let’s look at the bonkers records that Love broke in his 15-minute scoring spree.

Let’s start with a light but still pretty wild stat for the Cavs forward, shall we? Kevin Love’s 30-10 double-double is the first time a player in the NBA did that in just under 15 minutes. How crazy is that? There’s no wonder Love isn’t thinking about retirement just yet.

Something that can be easily lost in the noise here is the rebounding total for love. Grabbing 10 rebounds in a game is not easy. There are big men in the league that don’t even come close to averaging double-digits. For the Cavs star to grab that many rebounds in just under 15 minutes (and for him to do that alongside big rookie Evan Mobley) is impressive in it’s own right.

Most points scored in under 15 minutes (via StatMuse)

Yep, this is the one you’ve been looking for. Kevin Love played only 15 minutes in total for the Cavs, and he still scored 32 points in their game against the Milwaukee Bucks. It’s easy to wonder: is this the most points scored by any player with those minutes played?

Yes, and quite frankly, it’s not even close. The closest competitor to the Cavs forward’s performance is Earl “The Pearl” Monroe back in 1980, and he scored just 25 points. The most recent notable competitor was Nikola Jokic, who scored 24 points in 15 minutes last year during his MVP campaign.

Love not only broke the single game record… he completely smashed it clean. The Cavs forward came off the bench and rattled in eight threes for 24 points, with each other getting increasingly ridiculous by the second. That kind of performance is a great sign for the team, who are entering their first post-season run in a long time.

(oh, and if you’re wondering, Love now also holds the record for most points scored in 19 minutes or fewer. The closest guy to him here is Kevin Durant in 2014, who scored 30 points in 19 minutes against the Warriors before leaving the game with an ankle sprain.)

Love is in the air for the Cavs

What’s even crazier about this Kevin Love performance is that it isn’t even his best scoring spree in a Cavs jersey. During the second LeBron James era in Cleveland, Love popped off for a 34-point first quarter performance. Yes, in just one quarter of play, Love did THIS.

Will we ever see this version of Love again? Probably not. For just one game, though, we got transported back to 2016 and saw just how great the Cavs forward is, and what could’ve been his career had he not played a supporting role in Cleveland.