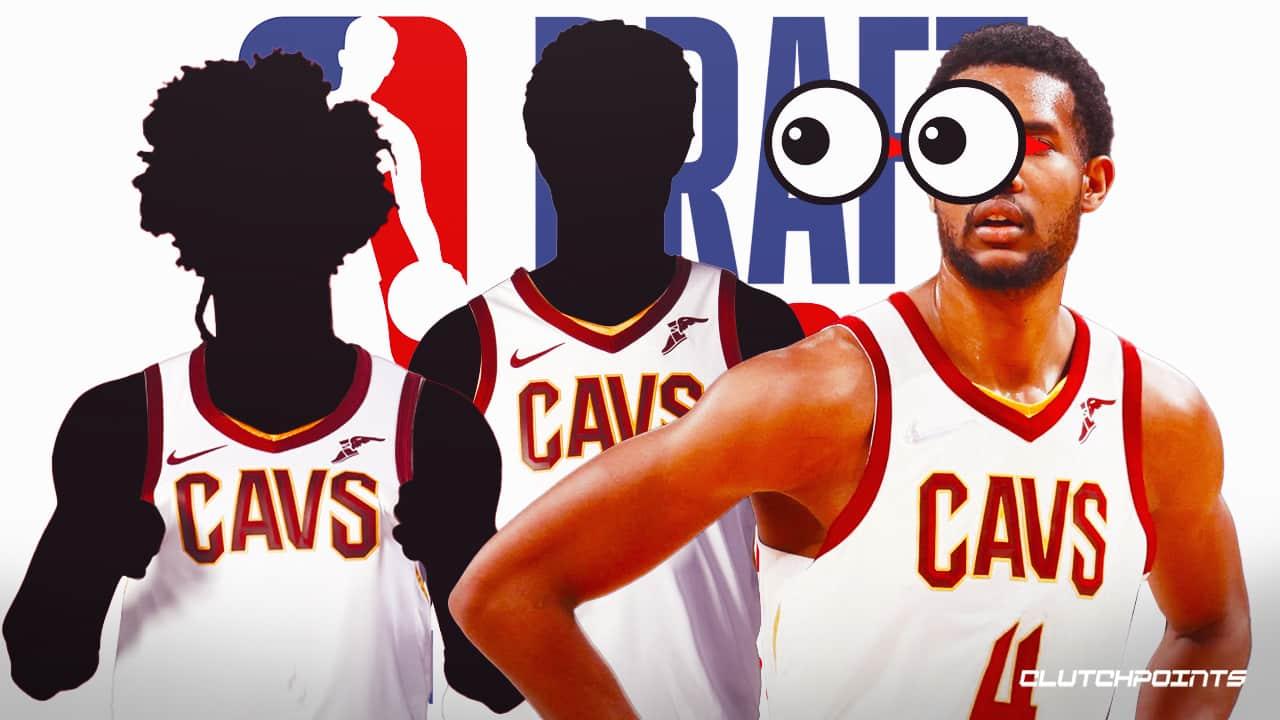 The Cleveland Cavaliers landed the no. 14 overall pick in the 2022 NBA Draft. Cleveland just missed out on the postseason after losing two straight games in the play-in tournament. The Cavs enter this offseason looking to address their weaknesses as they look to end their five-year playoff drought next season.

With the NBA Draft happening in less than two weeks, Cleveland will need to make some big decisions on what they will do with that draft pick. Perhaps they could use the pick to fill in one of the holes on their roster. Maybe they could trade the pick to acquire a veteran piece that could help them in their bid to make the playoffs. With that said, here are the two biggest needs for the Cavs heading into the 2022 NBA Draft.

Cleveland struggled to find consistent shooting, especially during the two games during the play-in tournament. The Cavaliers will need someone who can both defend on the perimeter and be a threat from beyond the arc.

Isaac Okoro has served well on the defensive end so far. But he is still a zero on the other side of the floor with his inability to knock down the three-ball. Darius Garland will need more options on the perimeter so he can have more space to operate with when running the offense. Okoro simply hasn’t been able to fill that role just yet.

There were quite a few instances during the play-in games when the 21-year-old found himself open on the perimeter and failed to cash in on those all-important looks. And in other times, he simply didn’t pull when given another chance because of his lack of confidence on the three.

There is indeed a case for Cleveland to keep the pick if they don’t find a more seasoned NBA player to fill that need. If the Cavs do indeed make the selection at No. 14, there are quite a few prospects they can consider.

Perhaps the most ideal pick for the Cavaliers is Ochai Agbaji out of Kansas. The 6-foot-5 wing averaged 18.8 points and shot 40.7 percent from beyond the arc in his senior year as a Jayhawk. Defensively, he also possesses long arms and great versatility that makes him a multi-positional defender. Having played four seasons of college ball, Agbaji should come in as more NBA-ready than other prospects. With Cleveland looking to make the playoffs, he could become an impact player even as a rookie.

Another player that is in that mold is LSU forward Tari Eason. A little taller, the 6-foot-8 Eason thrives defensively with his effort and energy. His length allows him to go for steals, as well as alter shots at the rim on help coverages. With that size, he could eventually become a tweener at the forward spots and even play some center should the Cavs need to go small. He averaged 16.9 points in his sophomore season and shot a respectable 35.9 percent from long range, though on low volume (2.4 attempts per game). Still, this was a large improvement from his 24.1 percent clip in his freshman season.

One of Cleveland’s bigger flaws included finding another playmaker or shot creator aside from Darius Garland. A lot of this has to do with the Cavaliers’ injuries, who lost Collin Sexton due to a torn meniscus early in the season and later, Ricky Rubio due to a torn ACL.

The Cavs were able to land Caris LeVert at the trade deadline as a secondary scorer and ballhandler next to Garland. But he suffered a foot injury two weeks after getting dealt and never really found his rhythm as a Cavalier. In 19 games with Cleveland, LeVert’s numbers dropped to 13.6 points, over five points less than his per-game output with Indiana earlier in the year. LeVert’s injury is also worth noting. That’s why Cleveland could use the pick on drafting another shot creator as insurance.

There are a couple of prospects the Cavaliers could target should they go this route. Perhaps they could take the home state kid Malaki Branham, who was born in Columbus, Ohio, and played college ball at Ohio State. The 6-foot-4 guard showed out in his lone season as a Buckeye, averaging 13.7 points while shooting 49.8 percent from the field and 41.6 percent from long distance. Branham is a great ballhandler with an ability to get to the rim, as well as shoot off the dribble both from beyond the arc and in the midrange. In addition, he also possesses great length and plays with great effort, which should make him a great fit with Garland in the backcourt.

Jaden Hardy also makes sense for Cleveland to go after. Instead of going the more traditional route, he played for the G-League Ignite. Hardy is what the streets call an absolute bucket with a deep bag of tricks to go along with his high-level scoring ability. He is someone the Cavs can eventually go give the ball to create a shot in case their offense isn’t going. The advantage of taking Hardy is the fact that he played with professionals and has been around an NBA-like atmosphere in the G-League. He should be able to come in and contribute immediately and is projected to go late in the lottery.