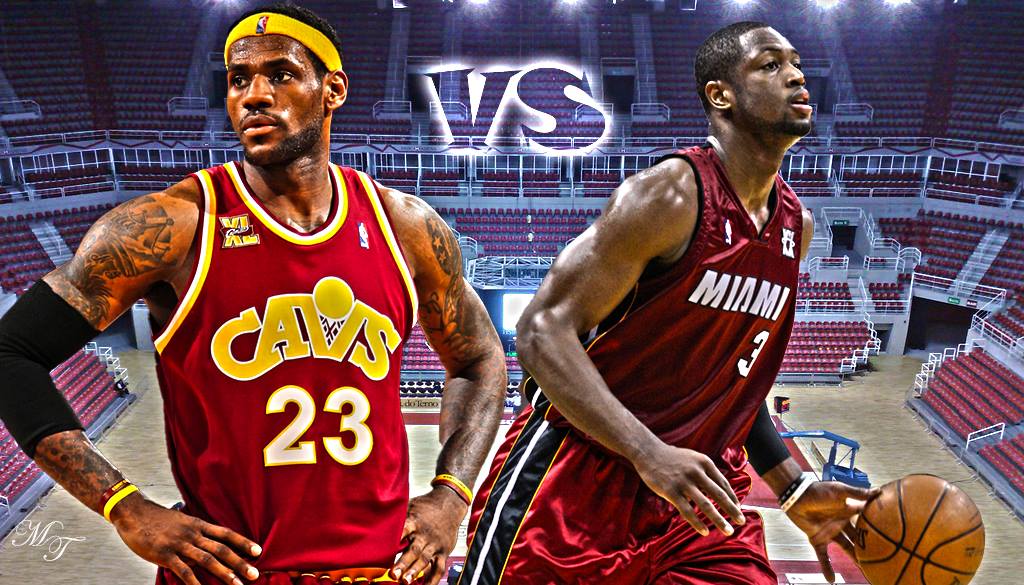 NBA Global Games 2014 will tipoff this evening at 5pm ET in Rio de Janeiro, Brazil where the Cleveland Cavaliers will face-off against the Miami Heat. Those two names instantly tell you this isn’t an ordinary preseason matchup. From Kyrie sitting out because of his precautionary leg injury to the anticipated comparison of LeBron’s old teammates from Miami and his new ones in Cleveland, there are many factors that add more intrigue to this preseason contest.

Cleveland is coming off a great game against Maccabi Tel Aviv at Quicken Loans Arena this past Sunday where the Cavaliers took their first preseason contest of 2014 and won by 27 points. Cleveland had five players who scored double digits: Irving (16), Waiters (15), Thompson (14), James (12), and Harris (10). Three players pulled down double digit rebounds: Varejao (15), Thompson (13), and Love (11). Cleveland owned every statistical category in their preseason opener, but this is their first game against another NBA team this season, and the game stage couldn’t be set more dramatically against LeBron’s former team.

{adinserter 2}The Miami Heat enter today’s exhibition match having lost their first two games of the 2014 preseason. The first preseason game of the season, Miami lost to the New Orleans Pelicans 98-86 in front of a sold out crowd in Louisville, KY. James Ennis led Miami in scoring that game with 17 points. In their second preseason match, they fell short to the Orlando Magic 108-101 in overtime. Loul Deng and Chris Bosh each scored 18 points to lead Miami in scoring, James Ennis posted a double-double with 14 points and 10 rebounds off the bench.

In most of the NBA Global Games, no NBA team truly has “home court” advantage; but this contest may be a little different. Anderson Varejao will be playing an NBA game in front of his countrymen for the first time ever in his career. This will definitely bring a home court feeling for Cavaliers. Look for Cleveland to utilize this energy when they are trying to gain momentum. At the same time, the Miami Heat is a popular brand that has globalized internationally, so a lot of recent fans might come up to support the reprisal of the Heat No 1: LeBron James and Kevin Love

LeBron James will be out to prove his old teammates wrong this evening. The comments made by Dwayne Wade and Chris Bosh have been interesting to say the least and they are making it seem like it was impossible to play alongside James. Chris Bosh made some comments that Kevin Love will have to make huge adjustments to play alongside James this season.

Tonight will prove that Kevin Love and LeBron James’ chemistry is much better than what James had with Bosh. While it will take time to develop, Kevin Love has a different skill set than Chris Bosh, a skillset that Bosh wishes he had. Tonight’s game will give James and Love the opportunity to show the angry Heat teammates how well they can play together.

No 2: Dellavedova filling in at PG

Kyrie Irving has officially been ruled out of the matchup today against the Miami Heat. This gives our back-up PG a chance to play alongside the first team. Matthew Dellavedova is a totally different player than Kyrie Irving, with strengths of defensive intensity and passing over finesse and play-making. This second year player has only started in 4 regular season contests; with Kyrie Irving being injury prone, this practice is essential as he might be called upon heavily this season if Irving’s injury woes continue. Dellavedova last season averages included a field goal percentage of 41.2, a three-point percentage of 36.8, a free-throw shooting percentage of 79.2, and also averaged 2.6 assists per game. All of this was in limited time as Dellavedova only played 17 minutes a game last season. Tonight gives us an opportunity to see what he is capable of as he will be playing with the first team and getting some extra minutes.

Since arriving in Brazil, it has been reported that the Cavaliers and Heat have been avoiding each other the entire time, a mile apart on nearby beaches in Rio de Janeiro. Why would things be like this, are things as hostile as what the media has led the public to believe?

There are former Heat players now on the Cavaliers, Mike Miller, LeBron James, and James Jones as well as an ex-Cavalier, Luol Deng, on the Heat. So why these two teams or players wouldn’t be catching up with one another is a mystery. The players right now may be trying to downplay the scenario, but from what has been reported, it seems remiss to dismiss the potential of a personal rivalry between these two teams. Just look at what has been said this week in Rio:

“We’re trying to build our chemistry with our team,” Dwayne Wade said. “So the litte time we have, we’re trying to focus on the Miami Heat.”

“It’s going to be special to see those guys on Saturday,” James Said. “But we’re here to work.”

“We’ll see each other on the court,” Chris Bosh said. “That’s plenty of time to catch up.”

“We haven’t talked to those guys, at least I haven’t since we’ve been here,” Mario Chalmers said. “It’s like Miami 2.0 over there basically.”

Let’s face it: everyone involved in this situation is just being polite by sticking to their side of the beach in Rio. This rivalry is back and should be better than it has ever been. With a newly energized high powered Cavaliers team going up against an angry aggressive renovated Miami Heat team, we are in for a show tonight. The tension is there and has been building over the past few days. Look for this tension to come alive today at 5pm ET.