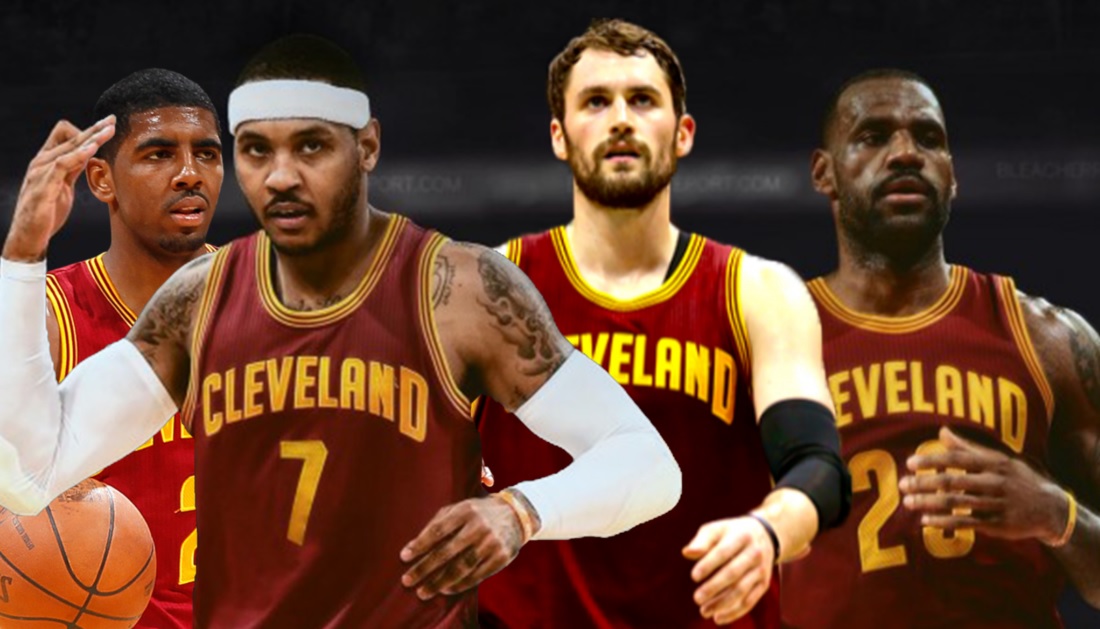 Like many teams around the NBA, the Eastern Conference champion Cleveland Cavaliers are keeping an eye on New York Knicks forward Carmelo Anthony. Recent reports have the Houston Rockets leading the pack in the race for Anthony’s services — if he were to waive his no-trade clause. However, the former scoring champion isn’t ruling out CLeveland as a possible landing spot.

According to ESPN’s Adrian Wojnarowski, Anthony would be willing to waive the aforementioned clause for a deal to the Rockets or Cavs. Making things a bit tricky, though, Melo has two years and $54 million left on his contract. As most fans of the team know, the Cavs are already over the NBA’s salary and luxury tax lines, and the Knicks won’t be willing to part with a player of Anthony’s caliber for nothing. Who (or what) the Cavs might be willing to let go of in a deal for the former scoring champion and four-time Olympic medalist is still unclear. Earlier today, AmicoHoops reported that the Cavs were having trouble engaging other teams and finding salaries that match Anthony’s.

While it’s true that the Knicks have been actively trying to offload his contract from their books, Melo, a 10-time All-Star, is still one of the best offensive players in the game.