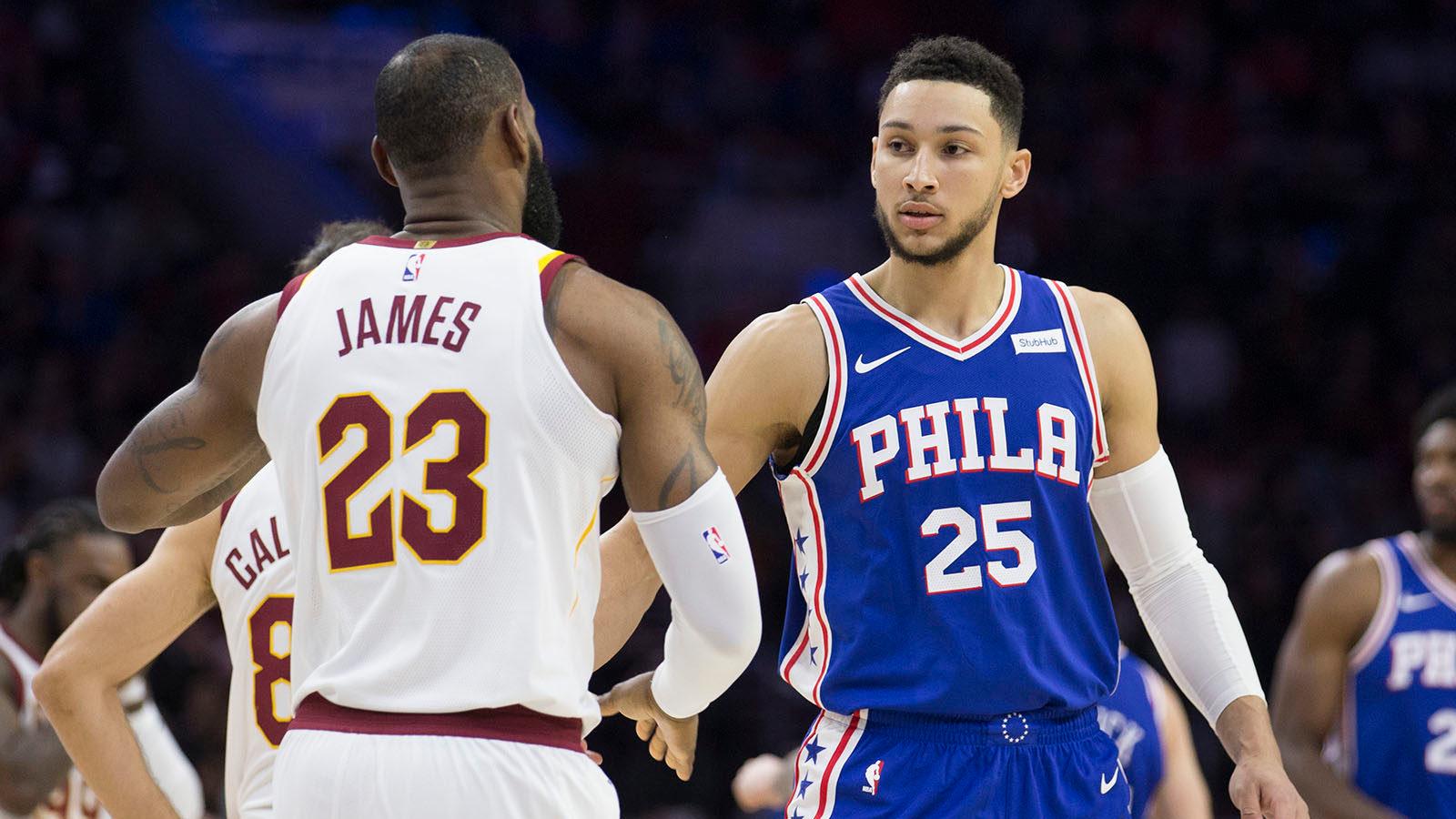 Third place in the Eastern Conference will be on the line on Friday when the Cleveland Cavaliers travel to Philadelphia to take on the red-hot 76ers as 3.5-point underdogs on the NBA odds at sportsbooks monitored by OddsShark.com.

Cleveland’s 119-115 win over the Washington Wizards as a 5.5-point favorite on Thursday extended its current straight-up win streak to five games, but the team sits just a half-game ahead of Philadelphia in the conference standings going into Friday night’s Cavaliers vs. 76ers betting matchupat Wells Fargo Center.

The Cavaliers have rounded into form during the final month of the NBA regular season, ending a shaky 4-6 SU run with victories in 11 of their past 13 contests, including victories in four of their past six tilts away from Quicken Loans Arena. Cleveland has also been a reliable wager at the sportsbooks, covering in nine of 10, and have held opponents to just 99.6 points per game during a 5-0 run by the UNDER in totals betting.

While those trends have helped bolster the Cavaliers’ position as a strong +600 wager on the NBA championship odds, they have been largely overshadowed by Philadelphia’s torrid 12-0 SU run, which has shaken up the Eastern Conference standings.

The Sixers return home on Friday following another dominating performance in Wednesday’s 115-108 win in Detroit as 2-point chalk, leaving them unbeaten against the spread in 10 straight outings.

The Philadelphia offense has been firing on all cylinders during the club’s current tear, averaging 116.66 points per game, and has cracked 120 points in four of its past seven home games. However, it is important to note that 11 of the 12 wins on the 76ers’ current streak have come against opponents currently sitting outside the playoff picture, and Philadelphia is a meagre 2-5 SU in its past seven dates with teams bound for the postseason.

One of those victories came in Cleveland on March 1, when the 76ers handed the Cavaliers a 108-97 beating as 3-point road favorites. That put the brakes on an 11-game SU slide against the Cavaliers, which included five losses on home court. However, the Sixers managed to cover in four of those five home defeats.

The Cavaliers will then travel to New York on Monday in search of a ninth straight win at Madison Square Garden, before returning home on Wednesday to battle the Knicks in their regular-season finale.