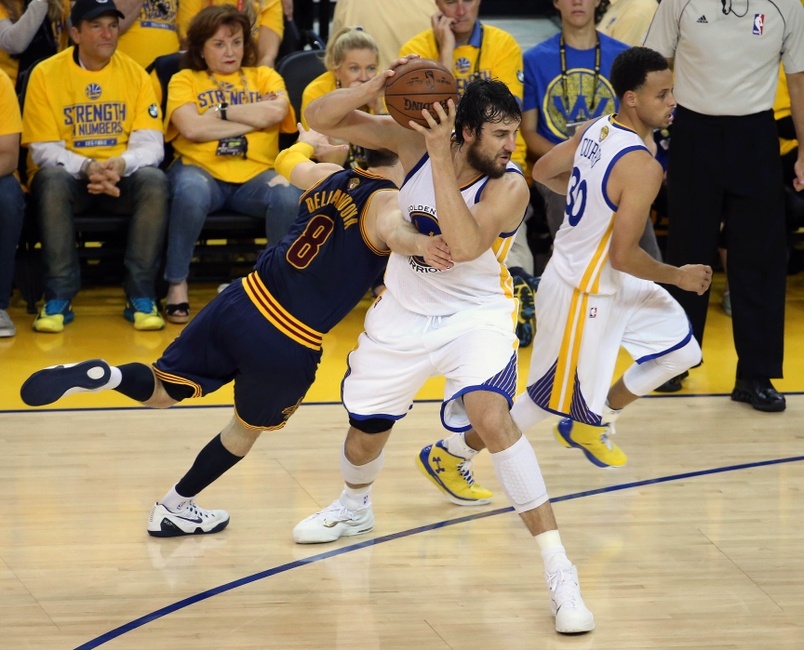 Cavaliers fans know the name well. It will most likely forever be synonymous with the Golden State Warriors. However, if the opportunity presents itself, the Cavs should jump at the chance to sign him.

Bogut was a big part of the Warriors’ win over the Cavs in the 2015 NBA Finals. He is a great defensive center, a true force in the paint who not only can affect and block shots but is a very good rebounder as well. But his offensive contributions are important as well. Bogut is very good at setting screens, and has been on the Cavs’ nerves each of the last two years in the Finals because of this. Bogut is also one of the best passing centers in the game currently, adding a whole new dimension to his team’s offense.

Bogut was hurt in Game 5 of the 2016 NBA Finals, and losing him was a big reason the Warriors blew a 3-1 lead. The lack of interior defense and passing really hurt them, and it allowed LeBron James and Kyrie Irving to essentially do whatever they wanted inside. Their backups also hurt the Warriors’ spacing on offense.

Bogut was also hurt for the majority of this season, but since then has bounced similar to Dallas’ recover after a injury-riddled start of 2016-17. In the Mavericks final game before the All-Star break, Bogut made an efficient return with eight rebounds in 18 minutes. Despite being limited in playing time, Bogut is averaging 4.9 points, 13.6 rebounds and 1.6 blocks per 36 minutes of action this season. Certainly, the assured defensive upgrade with this addition is what’s most appealing.

Bogut would immediately become the Cavaliers’ best interior defender, taking over the role vacated by Chris Andersen. He would improve the spacing when subbed in for Tristan Thompson, opening up the floor for Kyle Korver, JR Smith, and others. Zaza Pachulia is the Warriors’ starting center and only seven-footer, and would be no match for Bogut.

However, the Cavs may not be able to get him. He is currently under contract with Dallas, and has expressed that he is not actively seeking release or a trade. His contract details are such that the Cavs would not be able to just absorb him with the Mike Dunleavy trade exception, nor would Dallas trade him without receiving value in return. Iman Shumpert would be the most likely candidate.

So unless the Mavericks reach a buyout with Bogut, it appears unlikely that the Cavaliers would be able to acquire him, especially as trade talks with other teams increase. Bogut would be a welcomed addition to the team, filling a large defensive hole while adding an entirely new offensive dimension. The Cavaliers should hope he becomes available. 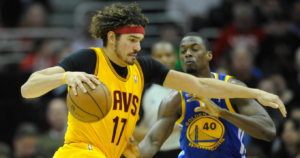