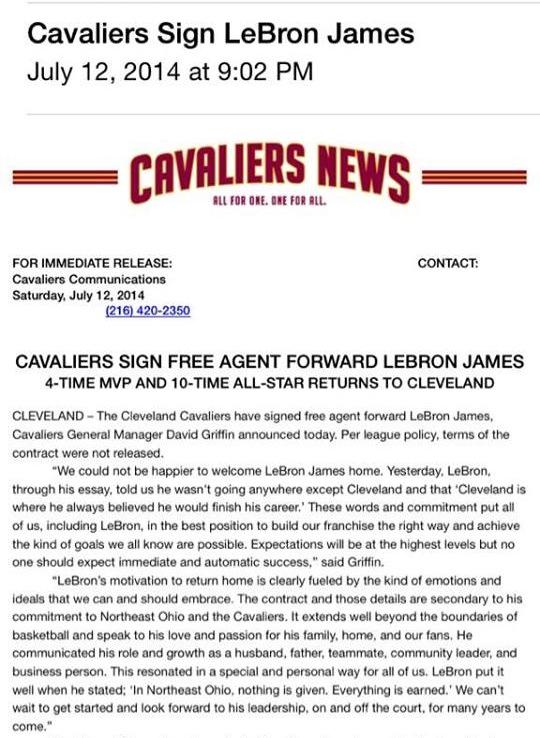 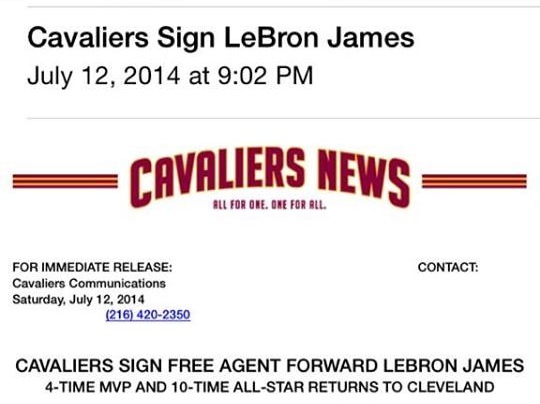 On Friday, LeBron James confirmed that he was coming back home to the Cleveland Cavaliers. Today he officially locked in his contract with the Cavs and the terms to his contract have just been released.

{adinserter 2} According to ESPN’s Brian Windhorst, LeBron James’ contract is for a two-year, $42.1 million deal. LeBron plans to re-sign with the Cavs before the 2016-17 season when a new television contract is expected to create a huge jump in maximum for players and team salary caps. So you can breathe easy Cavs Nation about the possibility of LeBron leaving.