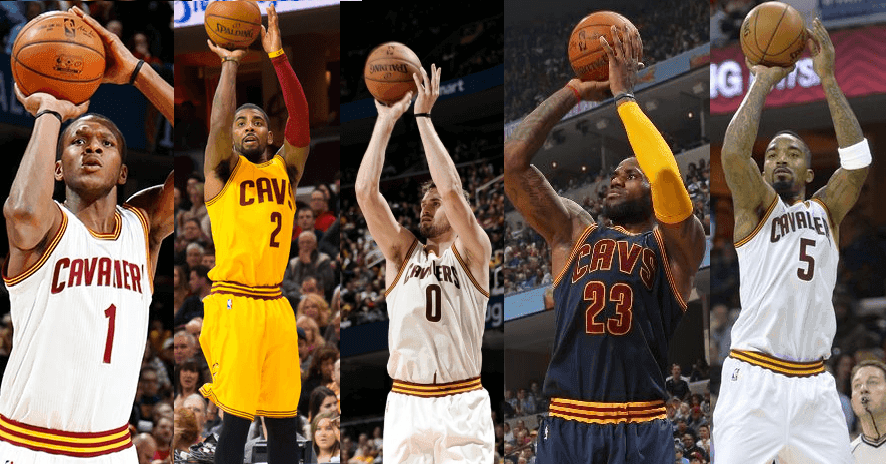 The Cleveland Cavaliers had another blowout victory on Monday against the Detroit Pistons, giving them their 30th victory by 10 or more points this season, which is tied for fourth best in the NBA with the Hawks, Rockets, and Blazers. They also had their 37th game of at least 10 three-pointers made and 12th game of at least 15 three-point field goals made.

With a J.R. Smith three-pointer in the first half, the Cavs joined the Houston Rockets, Los Angeles Clippers, and Golden State Warriors as teams who have hit at least 800 three-point field goals in a single season. Joining the Cavs on the same day were the Atlanta Hawks and the Portland Trailblazers. Chris Haynes of the Northeast Ohio Media Group added another milestone that the Cavs reached by hitting 800 threes:

#Cavs became only the 11th team in NBA history to knock down 800 or more threes in a season.

Three-point shooting is something that David Blatt has expressed some concern about because of the volume in which the Cavs shoot them.

“I thought we shot a few too many,” Blatt said after the victory over the Bulls last week. “On the other hand, if you make 16 threes and you hit 43 percent, you’re going to give yourself a great chance to win.

“I would’ve liked to see us be a tiny bit more selective at some points of the game, but we’ve been a very good three-point shooting team all year, and a lot of it is coming off of action from the post or from drive and kick out, which is a good thing. No complaints.”

Kyrie Irving leads the Cavs with 156 made threes in 74 games played this season. Kevin Love is second with 139 in 74 games. Mid-season acquisition J.R. Smith has climbed all the way to third with 132 made threes in just 45 games including the 0-for-4 stinker in his scoreless Cavalier debut. LeBron James is fourth among Cavs players this year with 120 threes in 69 games.

It goes without saying, the Cavs shoot a bunch of threes as it has been a huge part of their success this season under first-year head coach David Blatt. Houston leads the league with 32.4 threes attempted per game, but the Cavs are surprisingly second in threes attempted per game at 27.4. That’s right, Cleveland shoots more threes per game than the Blazers (27.2), Warriors (27.0), the Clippers (26.7), and the Hawks (26.2).

“There’s great shots and good shots. For a team like us that moves the ball, we have so many options. We have to understand, ‘Let’s try to get great shots.’ There were some shots that I believe we could have gotten better looks, but the three-point weapon is a huge portion of our team, and we understand that. During the course of the game sometimes, you have to know the time of possession and what’s the difference between the rhythm shot and an off-rhythm shot.”