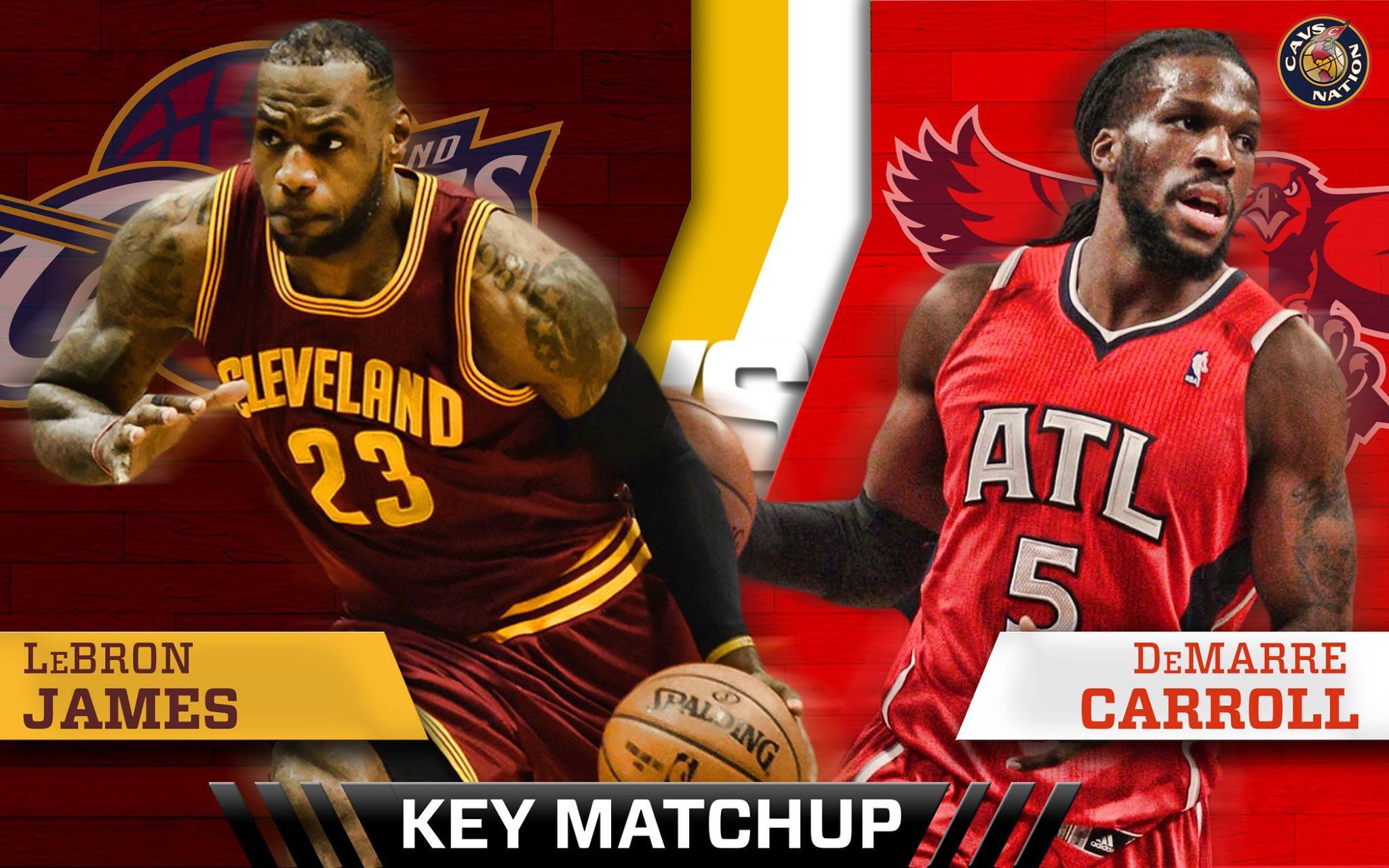 With the top two teams in the East meeting up in the Eastern Conference Finals starting Wednesday night, all eyes are on the small forward matchup between LeBron James and DeMarre Carroll. Both players have been healthy for most of the season, and both have tremendously stepped up their games from the regular season to the playoffs. Not usually noted as an offensive force, Carroll has scored at least 20 points in six of the Hawks 12 playoff games while other players tried to find their rhythm.

Although LeBron missed one game against the Hawks during the regular season, he was still highly effective in two games against the Hawks as displayed in the next stat line of their head-to-head stats from this year.

ESPN Stats and Info, however, showed that despite LeBron’s statistical dominance against the Hawks, he was not as good when being guarded by DeMarre Carroll.

With the impressive postseason, Carroll is averaging over 17 points and almost seven rebounds per game after putting up just 12 and six during the regular season.

LeBron’s incredibly high turnovers kept coming against the stifling Hawks defense, as an early meeting in March showed the Cavs they’ll need more than one player to get it done. Also, LeBron James is 6-1 in playoff series against teams that defeated his team three times in the regular season, making these wins/losses stats somewhat less meaningful.

It’s hard to go against LeBron James in any matchup, as he’s always had the advantages in size, quickness, and athleticism. James becomes a bigger and better monster as the Cavs get further in the playoffs, and he’s proven that he’ll shoot a low percentage from the field if that’s what it takes. This year, despite being guarded by DeMarre Carroll often and not producing at a high level, James is expected to outperform his regular season counterpart.