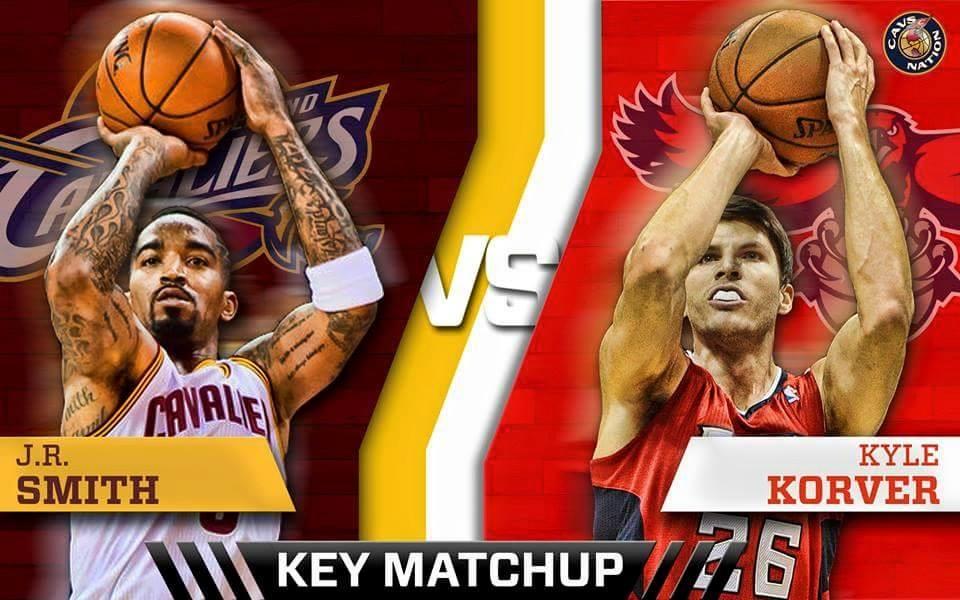 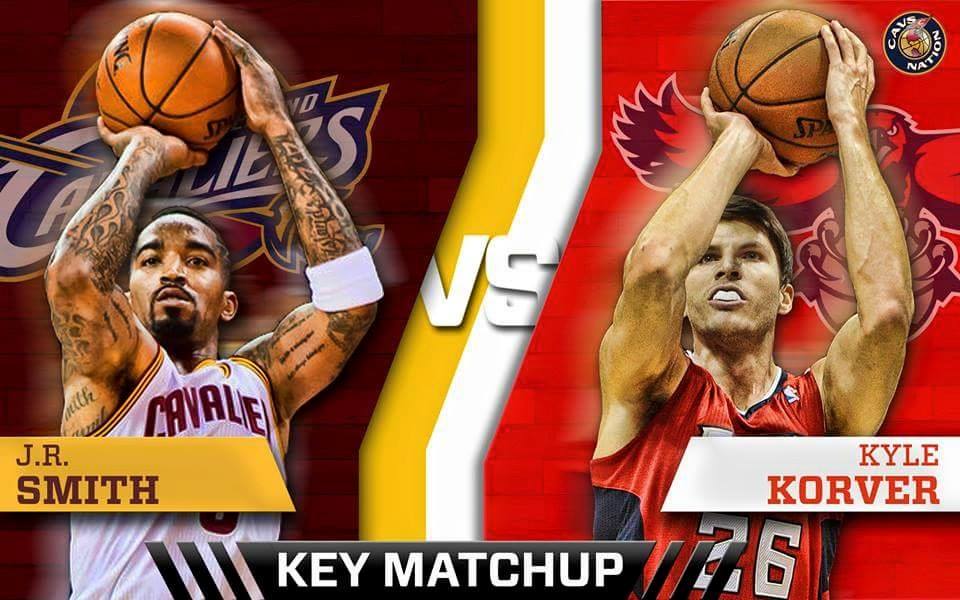 The Cleveland Cavaliers and Atlanta Hawks are two teams that love to do damage from beyond the arc. During the regular season, Cleveland ranked fourth in threes made and second in threes attempted while Atlanta was fourth in made threes and seventh in long distance attempts per game. At the forefront of their three-point barrage are J.R. Smith and Kyle Korver.

Smith and Korver had similar regular season numbers as the starting shooting guards for the Eastern Conference’s two best teams:

While here are their playoffs numbers thus far:

Both players also bring with themselves a good amount of playoff experience underneath their belt. In fact, J.R. Smith and Kyle Korver have been playing against one another since their younger days in Utah with the Jazz and Denver with the Nuggets, respectively. Smith has played in 59 playoff games while Korver has 79 games worth of playoff knowledge.

The Cavaliers have had good success in keeping Korver in check save for that one game where he scored 19 points on an insane 63% field goal shooting while canning in five rainmakers. Here are his four-game numbers against Cleveland:

For those first three games, it was Dion Waiters who was covering Kyle Korver but with J.R. Smith, the Atlanta marksman should have a tougher time in letting himself loose as Smith is a smarter and more aggressive defender than Waiters.

Confidence will never be an issue and these two shooters earn their looks in different fashions as Atlanta actually runs plays for Korver to use multiple picks in setting himself free from his defender. Meanwhile, Smith usually waits in the corner or elbow for that kickout pass. However, the Cavalier shooting guard is able to create shots for himself thanks to his individual skills and athleticism. If he finds his mark then he can make Korver pay on defense whenever he gets isolation opportunities.

J.R. Smith has earned so much of Coach David Blatt’s trust and in the series against Chicago, Smith has played really well down the stretch, coming up big during the Cavaliers’ runs. There isn’t much separation between the two three-point specialists and it’s up to their coaching staff and teammates to set them up for opportunities where they can do what they do best.