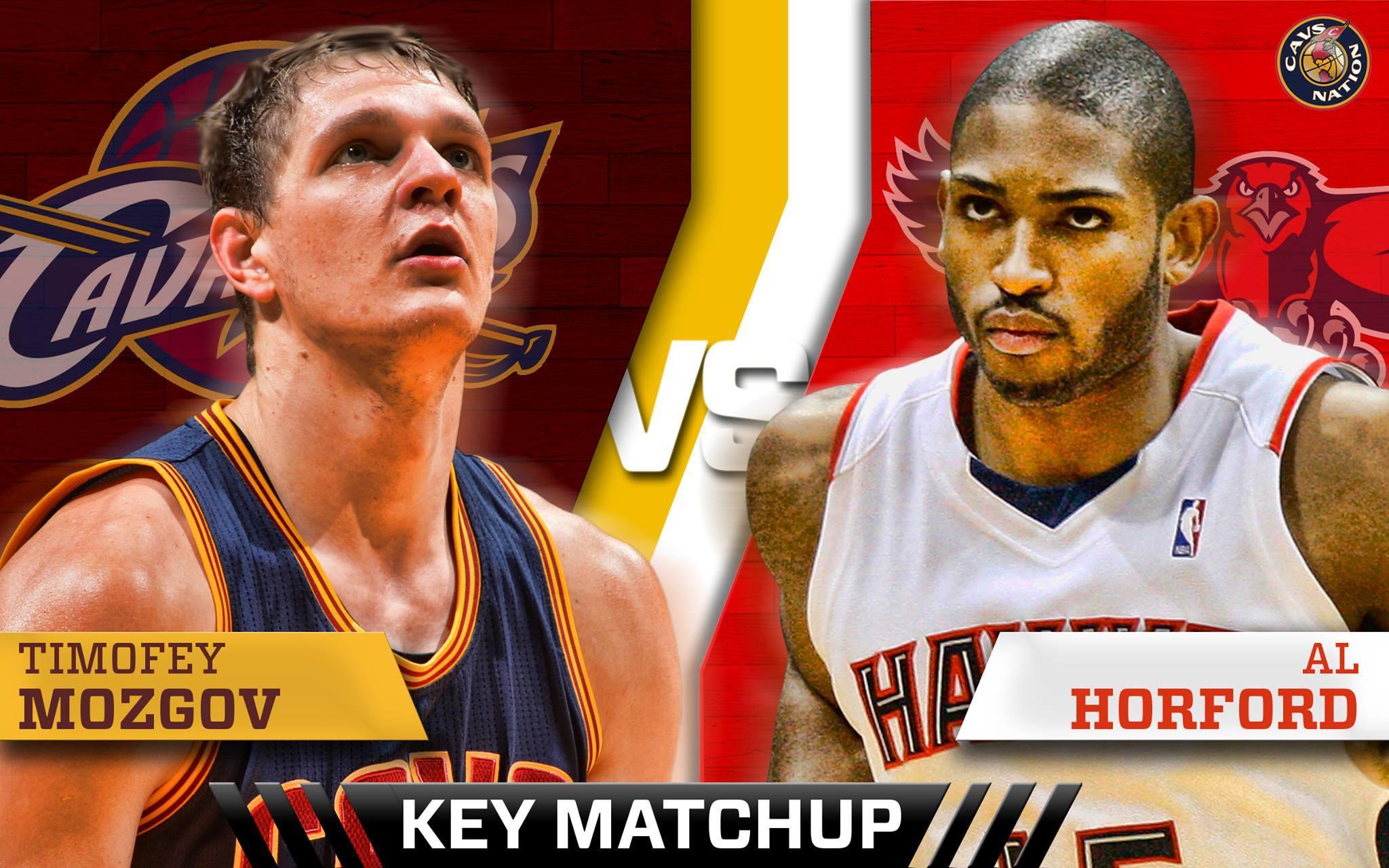 There is no question as to the impact that Timofey Mozgov has had on the Cavs since his acquisition in January. He has been the rim protector and defensive force that the team needed, and has provided energy with his play every night. He did solid work against the Bulls frontline, helping the Cavs to the 6-game series victory. The matchup in the Eastern Conference Finals presents a different type of challenge for Mozgov, though, with All-Star center Al Horford waiting for him in Atlanta. Horford is a multi-skilled offensive threat, and without a doubt the Hawks will look to expose Mozgov’s mobility in pick-and-roll situations. Here is a quick look at how these two big men stack up against each other, and what Moz needs to do to neutralize Horford’s presence.

Horford is at his most dangerous in pick-and-roll situations, although he rarely actually rolls to the basket. The Hawks look to feature him as more of a pick-and-fade player, forcing players like Mozgov to help defend the guard coming off the screen and then recover to Horford, who is deadly from just inside the three-point line. The strategy for defending this play will be critical to Cleveland’s defense all series long, specifically late in games. Mozgov is more mobile than opponents expect him to be, but mainly when he runs downhill, and not when he is asked to move laterally. The Cavs may ask him to stay with Horford on the screen, forcing smaller guards like Jeff Teague to finish at the rim. At the very least, he will need to contest Horford outside of the paint without fouling.

Mozgov will need to make Horford work on the defensive end as well. If he is able to draw an early foul or two on the Atlanta big man, it could be the best defense the team has for taking Horford out of the game on offense. Mozgov is currently fourth in field goal percentage in the postseason, so he is not a player that defenses can ignore, despite the ball dominance of LeBron and Kyrie. He has a major size advantage too, so if he gets the ball in the paint he should look to score, which he has shown he is capable of with either hand. Horford himself stands at sixth in playoff field goal percentage, so hopefully Mozgov’s length can alter some of the easy baskets that he has gotten thus far.

How the Cavs defend the 3-point line is going to have an affect on every aspect of this series. In particular, it will have an affect on the Mozgov vs. Horford matchup. If the Cavs are able to force misses from long range, then opportunities will be presented for Mozgov to run the floor, which he does very well for his size. He had multiple breakout dunks in the Chicago series, and was able to draw some fouls in the process. Horford runs the floor well too, but there will be opportunities after long misses for Mozgov to get out in front. If the way the Cavs have been running the fast break stays consistent, LeBron will be looking for him filling lanes for easy baskets.

Mozgov doesn’t have to outplay Horford in any game for the Cavs to have a chance to win. The team has plenty of offensive firepower to stay with the Hawks. What the team needs from him is to make Horford a single-threat player, and not allow him to get easy baskets in the paint. With all of Atlanta’s 3-point threats, the Cavs will be happy with Horford taking contested outside shots. And anything the big Russian can give us on offense will be a bonus.