Cavaliers Defense: The Good, The Bad, and the Ugly 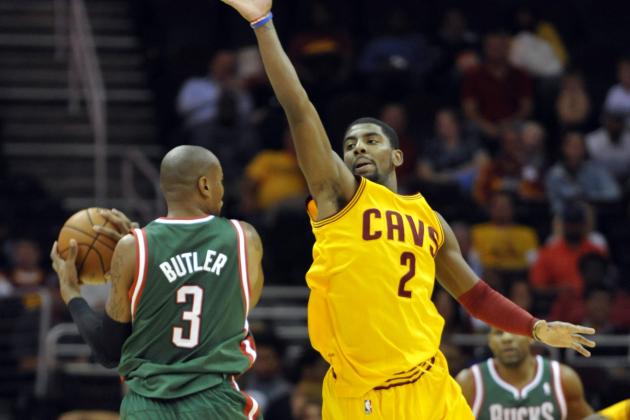 With the 2014-2015 season dawning upon us, it is important to see where the Cavaliers stand. This team is under the microscope of the public and the sporting world. So we need to look at the Cavs from all angles: the good, the bad, and the ugly.

LeBron James, having been selected to the NBA All-Defensive team 6 times, is typically Cleveland’s lock-down defender towards the end of the most critical games. Anderson Varejao has one of these awards in 2009-2010 for the All-Defensive 2nd Team. Cleveland also has brought on Kevin Love which has been ripped for his defensive play. Love brings in another element to this Cavaliers team and that is rebounds. Kevin love is a double-double monster, leading the NBA in rebounds in 2011. Rebounding is key because it helps the Cavaliers limit the number of 2nd chance opportunities for offenses. These will be the 3 biggest impacting players that Cleveland will have in their starting line-up.
Cleveland’s bench is much improved from a defensive perspective just from the additions of the veteran talent that they brought on board. The likes of James Jones, Mike Miller, and Shawn Marion will bring a veteran presence coming off the bench. This means fewer critical mistakes while the second string is on the floor and our starters are getting a break. In addition to veteran support, the Cavs have Tristan Thompson, a solid defensive player who averages over 9 rebounds a game, which will help the Cavs second string the same way Kevin Love’s rebounding will help the first.

Ball pressure! This will be a huge area that will need improvement. In this regard, Cleveland’s top defender is LeBron James. He was able to come up with 1.57 steals per game last season, landing him at 18th of the league’s best thieves. Irving is next on this list at 21st with 1.52 steals per game. That’s about it for the Cavs. The rest of the team doesn’t exceptionally apply pressure on ball-handlers or passing lanes. However, the Cavs did increase their defensive potential by relieving offensive pressures on the pre-summer 2014 roster. With the additions of LeBron James and Kevin Love, as well as the veteran shooters in Mike Miller and James Jones, Cavaliers like Kyrie and Dion can adjust their game become more defensively focused.

Shot blocking and rim protection! Cleveland does not have someone that has the ability to consistently block the shots in the paint. LeBron James has inadvertently copyrighted the chase-down block, but that’s not enough, especially when it comes to defending the major threat to the paint: forwards and centers. Anderson Varejao is a power forward playing center. He is not known for his abilities for blocking shots with a career average of .7 blocks per game. While he has unmatched energy, he will likely struggle to hold his own in the post. Kevin Love will dance with power forwards, and while he excels in scoring, rebounding and creating 2nd chance opportunities, he is not a dynamic shot-blocker. His career average of blocks per game is .5, well below average. This disadvantage can leave some big holes that, if not tended to immediately, will create other issues on both sides of the court.

While the Cavs can make the best argument for being able to outscore any NBA team with a “catch us if you can” mentality, the struggles on the defensive side of the court will catch up to them. It’s a cliché saying that always stands true: defense wins championships. Accomplishing this will be difficult, especially since Cavs new head coach David Blatt is offensively minded and will likely prioritize implementing his “Princeton Offense.” That said, the defensive issues will not be ignored; and as the season progresses, the Cavs defense will have to find a way to rise to challenge of the league’s most dangerous offenses. 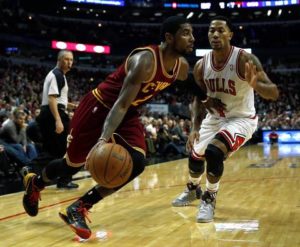