When the Cleveland Cavaliers were struggling to keep its head above waters last season, a package arrived to help them go afloat once again. One was from Denver and the other was from New York.

The package from the Big Apple had two pieces in it, namely J.R. Smith and Iman Shumpert. Both became integral parts of the Cavaliers as they ran roughshod over the entire league during the regular season and East playoffs.

It was a tremendous move for the Cavs but it cost the Knicks two of their most versatile players, and for Carmelo Anthony, he lost more than just teammates.

Carmelo on Shumpert and JR not playing tonight: "I would love to play against my brothers. It seems like LeBron took all my family from me."

Smith initially played with Anthony in Denver, and when the latter was traded to New York, Smith followed him the next season until he was traded to Cleveland in January. The two played close to eight years together in total. Meanwhile, Shumpert played roughly three and a half seasons with Anthony.

While the move may have hurt the Knicks’ franchise player, it put them in a position to become better as a team and more flexible as a franchise. The relationships of Shumpert and Smith with the Knicks coaching staff and front office were already damaged so the team had enough reasons to ship them away.

For Shumpert and Smith, the change in address worked wonders as it signalled a new beginning and a more meaningful target as they help LeBron James and the rest of the Cavaliers bring that one elusive title to Northeast Ohio. 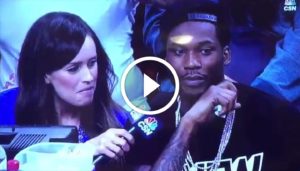