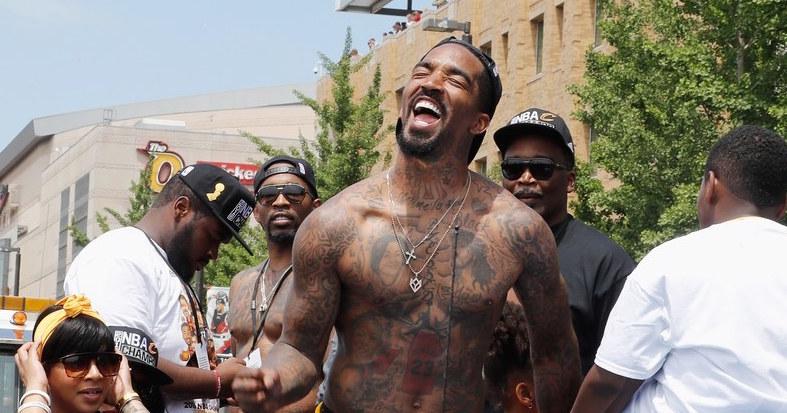 The world knows how J.R. Smith had the time of his life when the Cleveland Cavaliers won the championship. He deserved it. The man laid down his all on both ends of the floor for his team. Now, he has successfully set himself up to get paid big time.

His shirtless escapade didn’t stop at Las Vegas, where the team partied right after making history, as the personality that is Smith arrived in Cleveland still with a missing piece of clothing. The semi-streaking went on during the team’s championship parade.

What did Carmelo Anthony think of J.R. Smith's shirtless celebrations after the NBA Finals? pic.twitter.com/fPdTtq2geJ

I love it,” Anthony said, via ESPN. “I probably would have done the same thing. I know if I win, I’m wearing my uniform everywhere. I might still have my tape on and my tights on. There’s no telling what I would do if I win a championship.”

Smith and Anthony go a long way from their days in Denver and New York, so the latter must know, and understand, why the former reacted that way. But in reality, the Knicks star has no idea what kind of euphoria winning a title entails, so it’s possible that he could see himself doing crazier things than what he just mentioned.

RELATED: LeBron James Looks Back On His Reaction Upon Learning About J.R. Smith’s Trade To Cavs

Because, after it’s all said and done, who needs a shirt when you got a ring?