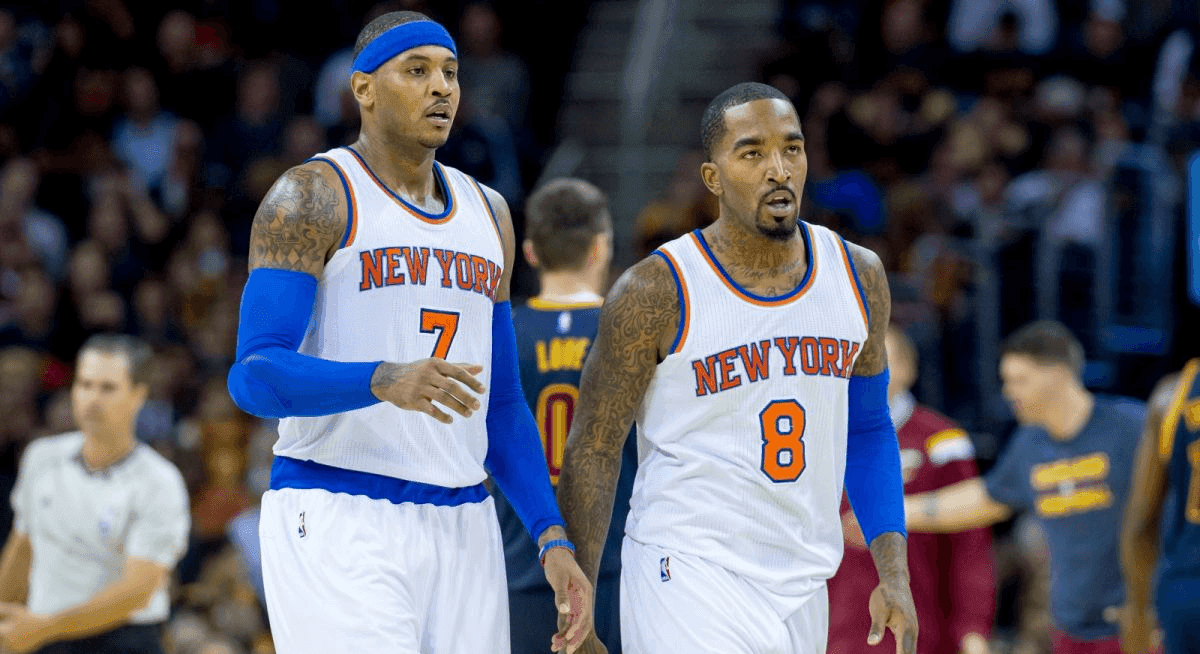 The Cleveland Cavaliers have still not re-signed free agent J.R. Smith to a contract despite a week of training camp having passed by. Cavs players have been hanging out with Smith outside of basketball at the movies and even at the Kanye West “Saint Pablo” Tour at Quicken Loans Arena on Saturday night.

RELATED: Kevin Love has a message for all of the haters who don’t think he fits with the Cavs

Both Smith and the Cavs have been trying to come to an agreement on a deal before training camp, but now this situation doesn’t look like it will be resolved until the NBA season draws much closer. Cleveland will be receiving it’s 2016 NBA Championship rings while seeing the banner go up in the rafters on October 25th. J.R. Smith more than deserves to be there, and the Cavs aren’t the only ones that think so.

During this past week’s training camp, a former teammate of Smith’s, Carmelo Anthony, came out and publicly questioned why the Cavs have not re-signed their starting shooting guard. Per Marc Berman of the New York Post:

“I don’t know what’s going on over there with that. I hope they don’t prolong the situation. He helped them win that championship. He was a major part of that team, and I hope they can get something done. If not, we’ll see him somewhere else.”

Smith spent three-and-a-half seasons with the New York Knicks from 2011 to January of 2015 when he was traded to the Cavs. All of those years, including his Sixth Man of the Year award in 2012-13, were spent with Anthony.

When asked about the chance of seeing his good friend J.R. Smith receiving a ring in person on opening night, Anthony said he hopes he can.

Smith is looking for around $15 million per season and about three years on the deal. So far, the Cavs have failed to offer him a significant deal he sees respectable enough to accept, but one would have to think that dragging this further into the preseason and possibly even the regular season would be detrimental to what the Cavs are trying to accomplish this season.