2 reasons Cavs must give Caris LeVert a contract extension 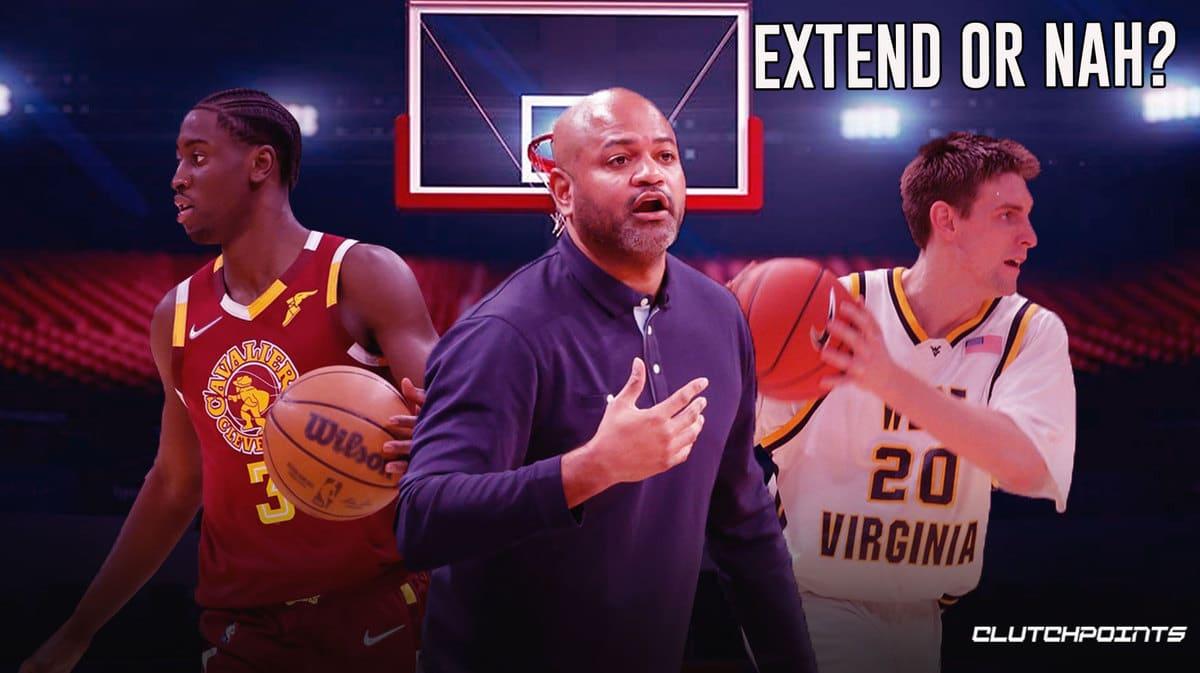 The Cleveland Cavaliers have to make a decision on Caris LeVert. When it comes down to it, however, the Cavs can only start one shooting guard in 2022–23.

That’s a pickle because they also have to decide on Collin Sexton.

That means either LeVert or the unsigned Sexton for the Cavs. Right now, despite the Cavs’ offer waiting on the table, contract talks between the team and Sexton have remained at a standstill.

Suppose, however, that Sexton does make a comeback. Will he immediately resume his starting position, which he had prior to last season’s meniscus injury? Or does he finally play as a backup, which is something many Cavs fans seem to believe is his ideal spot?

Remember that Caris LeVert was acquired by the Cavaliers as part of the February Ricky Rubio trade with the Indiana Pacers. LeVert did reasonably well throughout his few appearances for the Cavs. His production dipped, however, after the All-Star break, and then it was followed by an ankle injury.

It took another year, but the Cavs really ended up with Caris LeVert and Jarrett Allen from the James Harden trade 🤯

LeVert’s contract is up for renewal. He has stated that he would prefer to stay in Cleveland and that he hopes one comes from the Cavaliers. For now, however, it seems that the Cavs are prioritizing resolving the Sexton issue first.

Observers believe that both players essentially occupy the same position. Truthfully, they share a lot of the same skills.

Take note that LeVert was added at the deadline as a temporary injury substitute. He offered some playmaking in Rubio’s absence. He was also a good filler after Sexton’s season-ending meniscus rupture.

Fans might be concerned about LeVert’s injury history, though. He has played in more than 60 games only once in his six-year NBA career. He participated in just 58 games in 2021–2022, missing some time due to the aforementioned ankle injury.

2 reasons to give Caris LeVert a contract extension

2. His postseason experience will be valuable

Caris LeVert may still be considered a long-term option because of his age and experience. He is still in his prime, and he seems to be a good fit with Cleveland’s developing core.

With the Cavaliers, LeVert played in just 19 games, which is a relatively tiny sample size. In that span, he had a 13.6 point and 3.9 assist average. If he demonstrated anything, it was his ability to go past defenders.

He has also seen playoff action, averaging around 21 points, 6 assists, and 5 rebounds per game while shooting 45 percent in his nine playoff appearances. That could be invaluable in a Cavs squad looking to finally make it back to the postseason proper in 2023.

Cavs have youth and versatility…

This is getting scary 🔥 #LetEmKnowpic.twitter.com/YvdMrkwoFK

Cavs pundits think LeVert will benefit from spending a whole season playing alongside Darius Garland. LeVert has also shown he is capable of making a ton of buckets quickly as he did with the Pacers. For instance, in his final game with Indiana, he scored 42 points.

Based on a number of reports, there are multiple people inside the Cavs organization who believe that if they had to choose between Caris LeVert and Collin Sexton, they would take Caris because of the size, because of the length, because of the versatility that he can bring on the defensive end of the floor.

These same insiders also seem to find LeVert and Garland to be a very good match. LeVert will likely do better than Sexton in terms of playing off the ball as opposed to dominating the possession. That means more space for Garland to create which will lead to better shots for LeVert to make. Maybe that alone is a good enough reason to pull the trigger on LeVert’s extension with the Cavs.