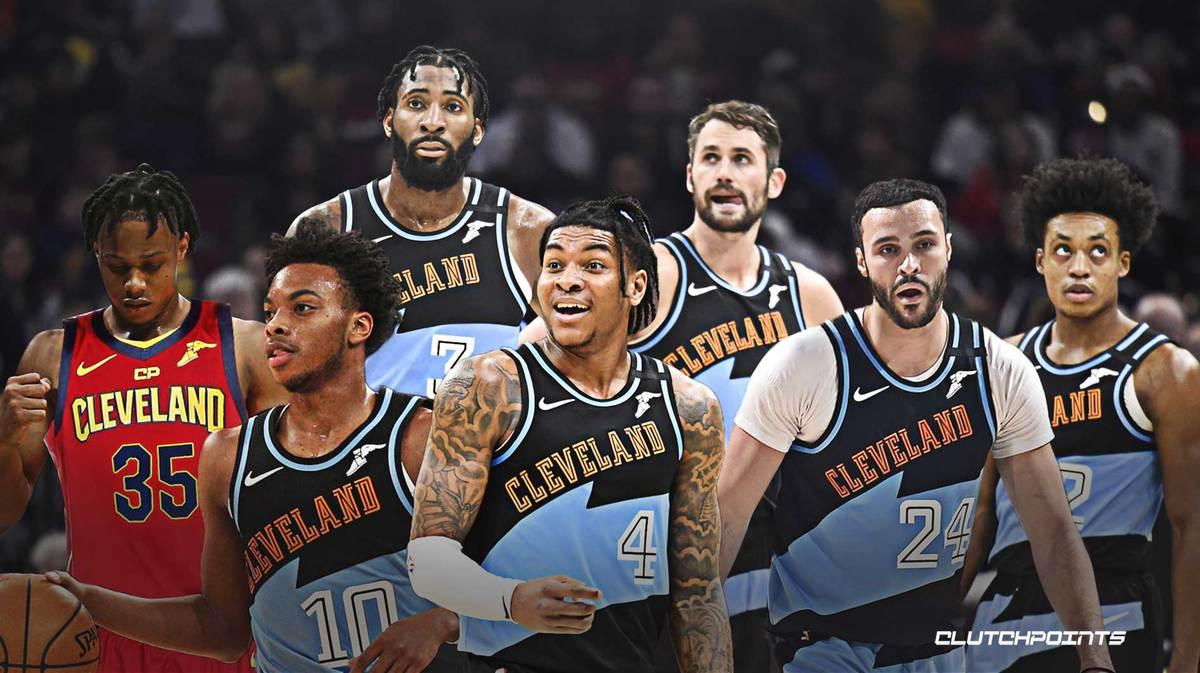 The Cleveland Cavaliers released the first half of their 2020-21 schedule, with games on the calendar through March 3. The Cavs finished 19-46 last season, the second-worst record in the NBA and the worst in the Eastern Conference. How does their schedule look for a potential playoff push, and what needs to happen for the team to make the postseason?

It remains to be seen how much can actually be taken away from the shortened 2019-20 campaign, but both the Brooklyn Nets and Orlando Magic made the playoffs with sub-.500 records. If the Cavaliers played in the Western Conference, they would have no chance whatsoever at a playoff berth. But by virtue of playing in the weaker East, things get more interesting. Out of 38 games on the schedule right now, 15 are against the Charlotte Hornets, Detroit Pistons, New York Knicks, Atlanta Hawks, Orlando Magic, Memphis Grizzlies, Minnesota Timberwolves, and San Antonio Spurs. The Cavs would likely need to come out of those 38 games having won at least 17 to still be in contention for the eighth seed. That’s not impossible, but certainly difficult. In order for that to be a possibility, a few different things need to happen.

The Cavs have been one of, if not the worst defensive team over the past two seasons. That absolutely must change if they want to make a playoff push. A full season of Andre Drummond and JaVale McGee at center should help, but that comes with the caveat of having an unswitchable big; Tristan Thompson was not the rim protector that Drummond and McGee are, but he could at least switch onto guards in the pick-and-roll and not be a total liability. Every single opponent will make it a priority to go after Cleveland’s centers on the switch, so whatever the Cavs gain in rim protection, they may lose in versatility.

On the wing, the addition of Isaac Okoro should make a huge difference. He was an excellent defender in college and is probably already the Cavaliers’ best defender. He’ll be given a trial by fire as he’s tasked with guarding the opposing team’s best player each and every night. That’s a difficult task for a 19-year-old, but it will help aid in his development. He’ll struggle at times, and that’s okay.

As for the guards, that’s where things get tricky. Neither Collin Sexton nor Darius Garland has the size to really compete with some of today’s bigger guards (although Garland apparently added 20 pounds over the offseason, which could be huge). Both are poor defenders, but it’s not due to a lack of effort. Perhaps having Okoro to rely on will improve things for the backcourt, and it will need to if the team wants to get out of the defensive cellar.

2. Collin Sexton takes the next step

An All-Star selection is not out of the question for Sexton this season, but he’ll need to improve as a passer. Garland has him lapped in the distribution department when considering experience and usage rate. Right now, Sexton is a very good scorer. He could easily become great this season, and if he can just become a good passer, this team can take off behind him.

In a draft class that had three premier talents in Zion Williamson, Ja Morant, and RJ Barrett, Garland would have been right up there with those three had he not gotten hurt in his fifth collegiate game. In his limited action, Garland displayed elite shot creation and shooting ability as well as good floor vision and feel for the point guard position. He struggled through injuries and inconsistency as a rookie, and it was clear that he was having some issues adjusting to the rigor of the NBA schedule. That’s certainly understandable given he basically didn’t play in college. He also seemed to not fully trust his knee yet, for which he can’t be blamed.

He still shot a respectable 35.5 percent on 5.0 3-point attempts per game and led the Cavs in assists at 3.9 per night. A healthy and fit Garland could make some serious noise this season, and he should be able to show why the Cavaliers made him the fifth overall selection.

Kevin Porter Jr. is the team’s lottery ticket out of mediocrity. If he pans out, the Cavs will have a true foundational piece to build around. Porter Jr. also dealt with injuries in 2019-20, but showcased his immense talent, nearly single-handedly defeating James Harden and the Houston Rockets in December of last year.

The sky is the limit for the 20-year-old, but he’s got to stay on the court. Porter Jr. had multiple run-ins with the law this offseason, and is lucky to be alive after rolling his vehicle in November. The team is still fully behind him, and if he can stay out of trouble, a big jump in year two can be expected.

4. Health must be the priority

Injuries will happen, that’s just a fact of the game. The ongoing COVID-19 pandemic has ravaged NFL teams, leading to games being played without multiple key players. The Cavs are not deep enough to be without one of their top players for a week or two and not have that completely derail their season. All players, coaches, and organizational members must take precautions to ensure that everyone in the building remains healthy and eligible to play.

A third consecutive top-five pick is still more likely for the Cavaliers than a playoff appearance. However, given the state of the Eastern Conference, if Cleveland’s young core develops as hoped, things could be very interesting later in the season.