Can Kyrie Handle The Defensive Challenge? 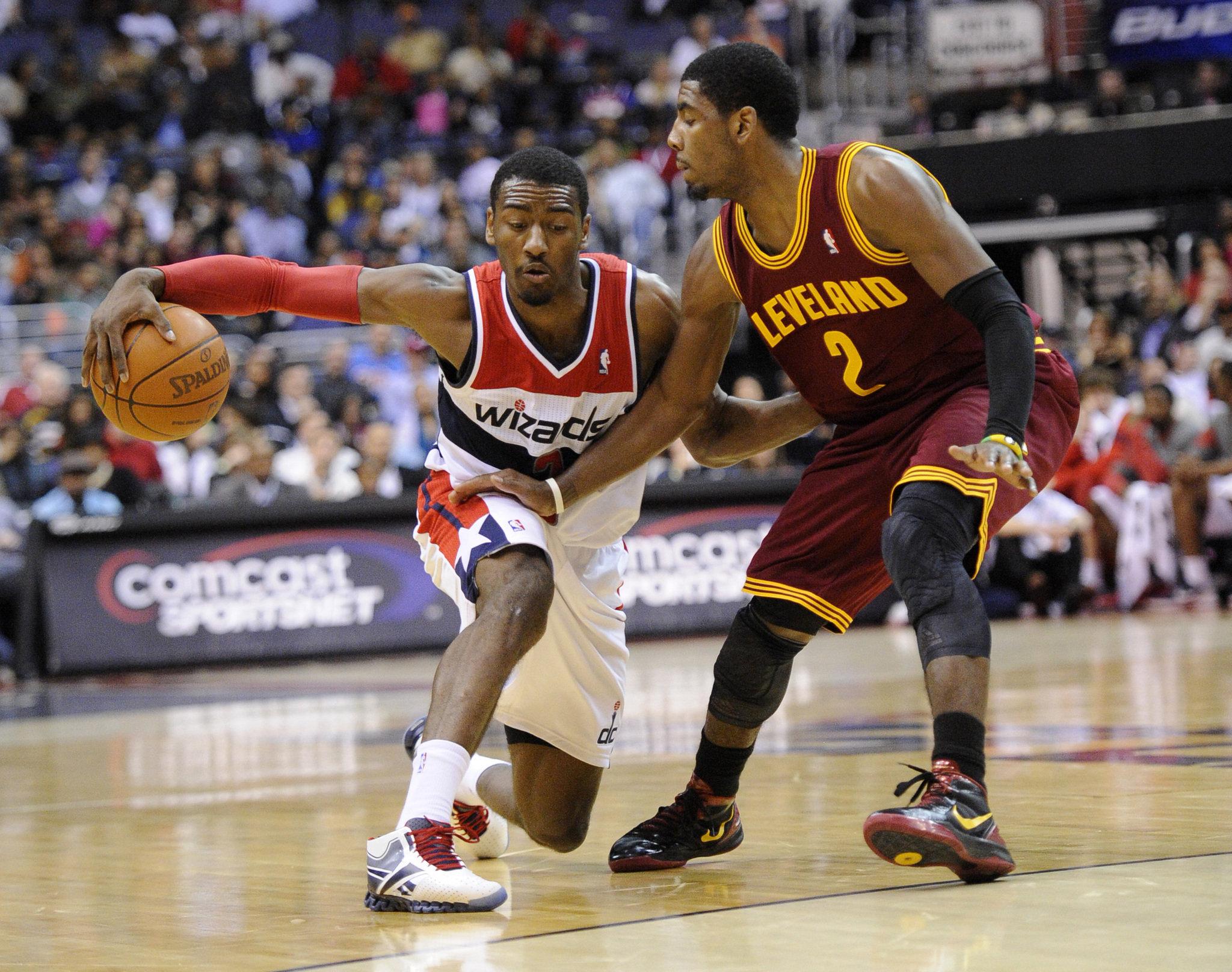 The NBA is gradually becoming a point-guard oriented league. Chris Paul, Russell Westbrook, Stephen Curry, Damian Lillard, Tony Parker, Ty Lawson, Eric Bledsoe, and Goran Dragic in the Western Conference; Kyrie Irving, John Wall, Derrick Rose, Rajon Rondo, Jeff Teague, Kyle Lowry, Kemba Walker, and Brandon Knight in the Eastern Conference. With that being said, a lot of point guards, even some not listed above, will put up some great numbers and a lot will not make the all-star teams because of the increasing competition. Whether they’re known for their offense like Stephen Curry and Kyrie Irving or for their defense like Chris Paul and Rajon Rondo, NBA games seemingly have intriguing matchups every night at that position.

Cleveland Cavaliers’ own Kyrie Irving is known far more for his offense prowess than his defensive ability, as he is often times switched onto opposing shooting guards for defensive purposes. For years, it seems to have created better defensive matchups and slowed down opposing point guards. With the Cavaliers now expected to among the frontrunners in the East and possibly for an NBA championship, Irving is stepping up his own game offensively trying to become an all around point guard. Recently however, Irving has come out saying that he would like to take charge defensively and guard the opposing team’s point guard. It is not an easy task to accomplish as some guards who have faced the Cavs have put up monster numbers so far like Ty Lawson (24 pts, 12 asts), Damian Lillard (27 pts, 7 asts), Kyle Lowry (23 pts, 8 asts), John Wall (28 pts, 7 asts), and even Rajon Rondo (6 pts, 16 asts).

“Based on the lineup, whatever our team needs, if one person gets going whether it be the one or two, I’m going to guard them,” Irving said. “It’s just more or less a personal challenge. It takes a team effort to guard everybody and for me, I’m either on the one or the two. We just have to figure that out.

“I told them that whenever I have a chance to guard the point guards, just leave me on him and we have our two guards guard the twos,” he revealed. “I just have to do the job at stopping the head of the snake.”

{adinserter 2}Often times, no one player can guard some of the league’s best and most explosive players 1-on-1, which is why team defense and rotations are also very important keys to stopping point guards from getting themselves or their offense good looks. Irving and the Cavs were off to a good start on this challenge, as they limited Wall to a mere 6 points and 7 assists on 2-6 shooting, far below his averages of 19 points and 9 assists on 42.6% from the field. Hopefully this defensive effort will continue for Irving and the Cavs as the season progresses. With the Cavs yet to see Chris Paul, Russell Westbrook, Deron Williams, Stephen Curry, and some of the league’s best point guards, Cleveland will have to continue putting pressure on opposing guards and making them work harder for everything.