How can the Cavaliers trade for Carmelo Anthony without Kevin Love? 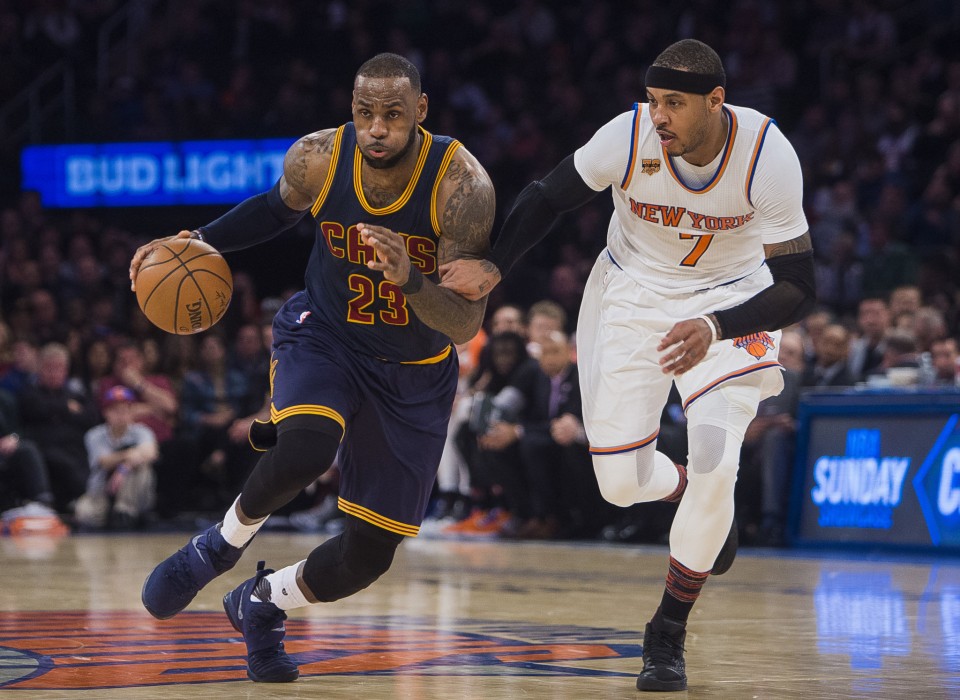 The Cleveland Cavaliers and New York Knicks have been sibject to rumors for weeks now, after the reported trade offer sent Cleveland’s way, a straight swap of Carmelo Anthony and Kevin Love. Cleveland knocked back the offer, holding onto Love as he embarks on his first All-Star appearance as a Cavalier.

Rumors continued to swirl, and it was said the Cavaliers remained interested in the services of Anthony, as long as a trade did not include Kevin Love.

That would make things tough for an already shorthanded Cavaliers squad, as they would have to send multiple players and probably a pick or two to the Knicks for one player, Carmelo Anthony. Another toughener for a trade without Kevin Love would be contracts for a financially strapped Cleveland.

The Cavs already find themselves with the highest salary numbers in the entire NBA, and are interested in someone that earns $24.8M a year, has two years left on said deal, and has a 15% trade kicker included.

Lets take a look at what would actually make this trade official and cleared by the NBA. 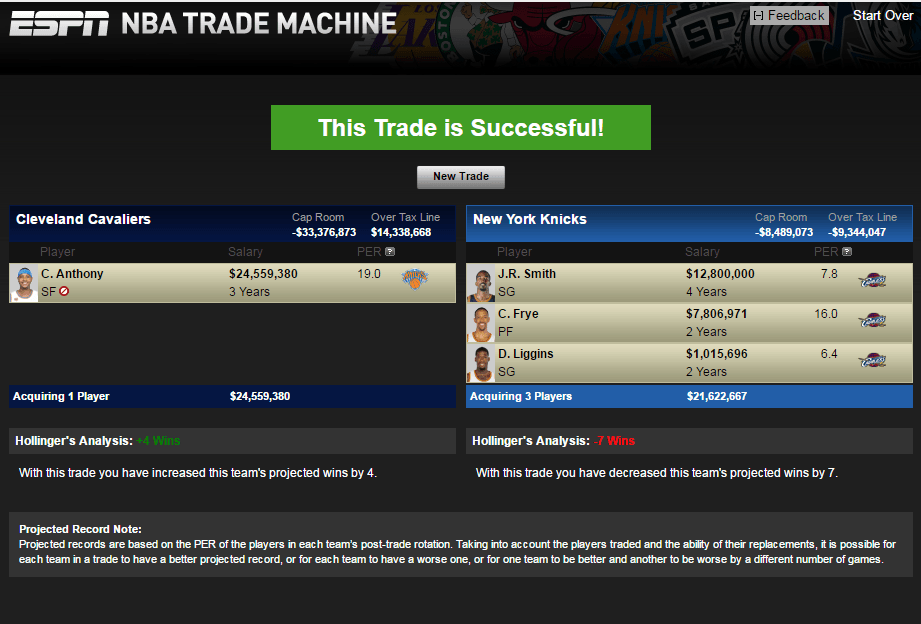 While DeAndre Liggins has fallen out of the rotation in recent times, J.R. Smith and Channing Frye remain a huge part of Cleveland’s three-point attack.

This would also make the Cavaliers even skinnier in the front-court than they already are, coughing up Frye would take away a rebounder and three-point bomber.

Sure, Carmelo is still one of the league’s best when it comes to scoring, but an isolation scorer isn’t what this Cleveland team needs. Plus J.R. doesnt seem like he’s the biggest fan of a move back to New York.

So there is a way to make it work without trading away Kevin Love, but it would see Cavs trade away too many important bodies when it comes to their title defense.

Anthony seems to be on his way out of New York, its a matter of time, but it doesn’t look like that one-way ticket will be heading to Cleveland. 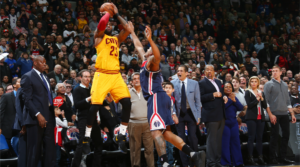