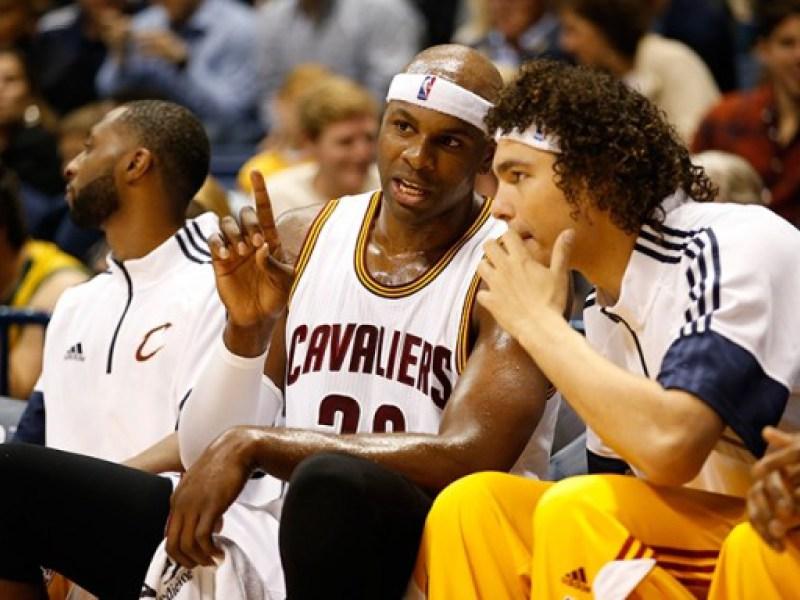 Brendan Haywood, the now fourth string center for the Cavaliers behind Timofey Mozgov, Tristan Thompson, and Kendrick Perkins, has appeared in just 21 out of a possible 70 games this season and averaging just five minutes in those games.

But Haywood, who wasn’t seen as a player who would have much of an impact before the season, is seeing the lighter and positive side of things. He doesn’t really seem bothered by the fact that he’s on the bench most of the time cheering on his teammates.

Haywood spoke with Chris Haynes of the NEOMG on the matter, starting with another DNP against the Phoenix Suns when the Cavs were up 32 points.

Haynes asked Haywood how many minutes he played that game, to which Haywood replied:

“What number does Kevin Love wear?”

The response was witty, but when asked why he thinks he didn’t play, he responded with something even better:

“I feel like I’m the secret weapon,” he said facetiously. “My mindset is that the coaching staff doesn’t want to let the other coaches in the league have film on me. So when the playoffs come along, they’re going to unveil the secret weapon and they’re not going to know what hit them. They’re never going to see it coming. Me included.”

Haywood says his sense of humor has definitely helped him cope with not playing very much and sitting on the bench.

Haywood credits learning how to be a good teammate to a pair of old Washington teammates, Chris Witney and Hubert Davis, from his time with the Wizards early in his career.

“Towards the end of their careers, they weren’t playing as much either, but they still handled themselves in a professional way,” Haywood said. “They didn’t let any of their frustration boil over into practice or into the arena. When I go home, I might talk to my friends and be frustrated as hell, but when I come to the arena I’m going to smile and lift up my teammates and be very, very happy.”

Haywood can only stay ready to play whenever his number is called. At 35 years old and behind four other players, it seems unlikely that he sees much time if at all. His numbers across the board are down from his previous years despite him saying he’s healthy and capable of contributing to this team.