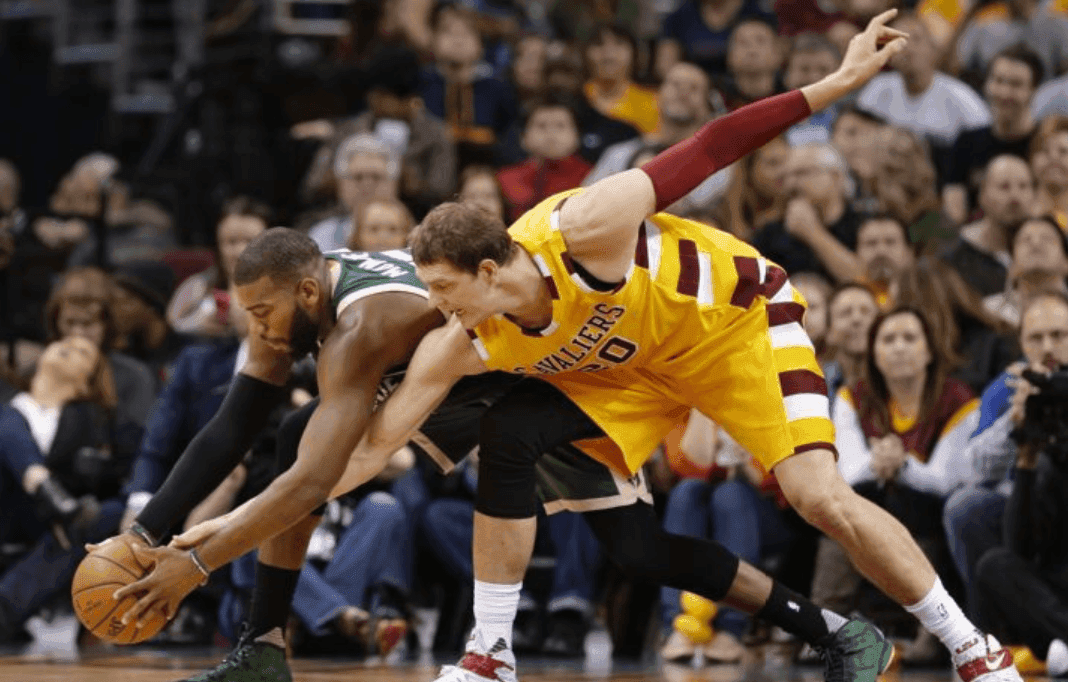 The injuries continue to pile up for the Cavs to start this 2015-16 season. With Kyrie Irving and Iman Shumpert on the bench, and J.R. Smith returning to his normal self after sitting out three games, the Cavs have lost big man Timofey Mozgov to a strained right deltoid (shoulder).

The injury came during the second quarter of last night’s game against the Bucks, and an MRI taken earlier today confirmed the injury. Mozgov will miss approximately 10-14 days with the injury at the latest.

Mozgov had offseason knee surgery and has been slowly getting back to his game. Now he’ll have a bit more time to recover from the knee as well as the shoulder injury.

The Cavs have not named a starter in his place yet, but it will most likely be Anderson Varejao or Sasha Kaun. Cleveland would like to keep Tristan Thompson coming off the bench, and although Andy or Kaun may start, Thompson will likely see upwards of 32+ minutes until Mozgov returns.