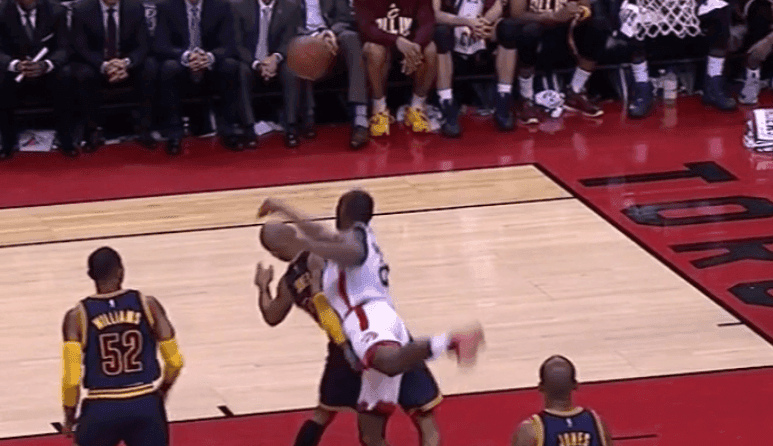 In Game 3 of the Eastern Conference Finals, the Toronto Raptors came out and gave the Cavs their first loss of the postseason. In garbage time of the game, the Cavs inserted their third string players while the Raptors kept their starters in.

If you haven’t been following this series very well, Bismack Biyombo has been the center of every hard foul on the Cavs. He’s fouled LeBron James around the head area twice, he’s thrown elbows at Kyrie Irving twice, and he’s gotten a couple blocks where he’s channeled his inner Dikembe Mutumbo with the finger wag after the blocks.

This wasn’t the right move by any means, but it seems like Dahntay Jones tried to send a message to Biyombo with this hard foul late on the last possession of the game (it wasn’t called a foul, by the way).

Today, the league reviewed the incident and determined that it was unnecessary and excessive, handing down a one-game suspension to the Cavs forward.

Jones will serve his suspension for Game 4 on Monday night, but you can be sure that the message was sent to Biyombo.