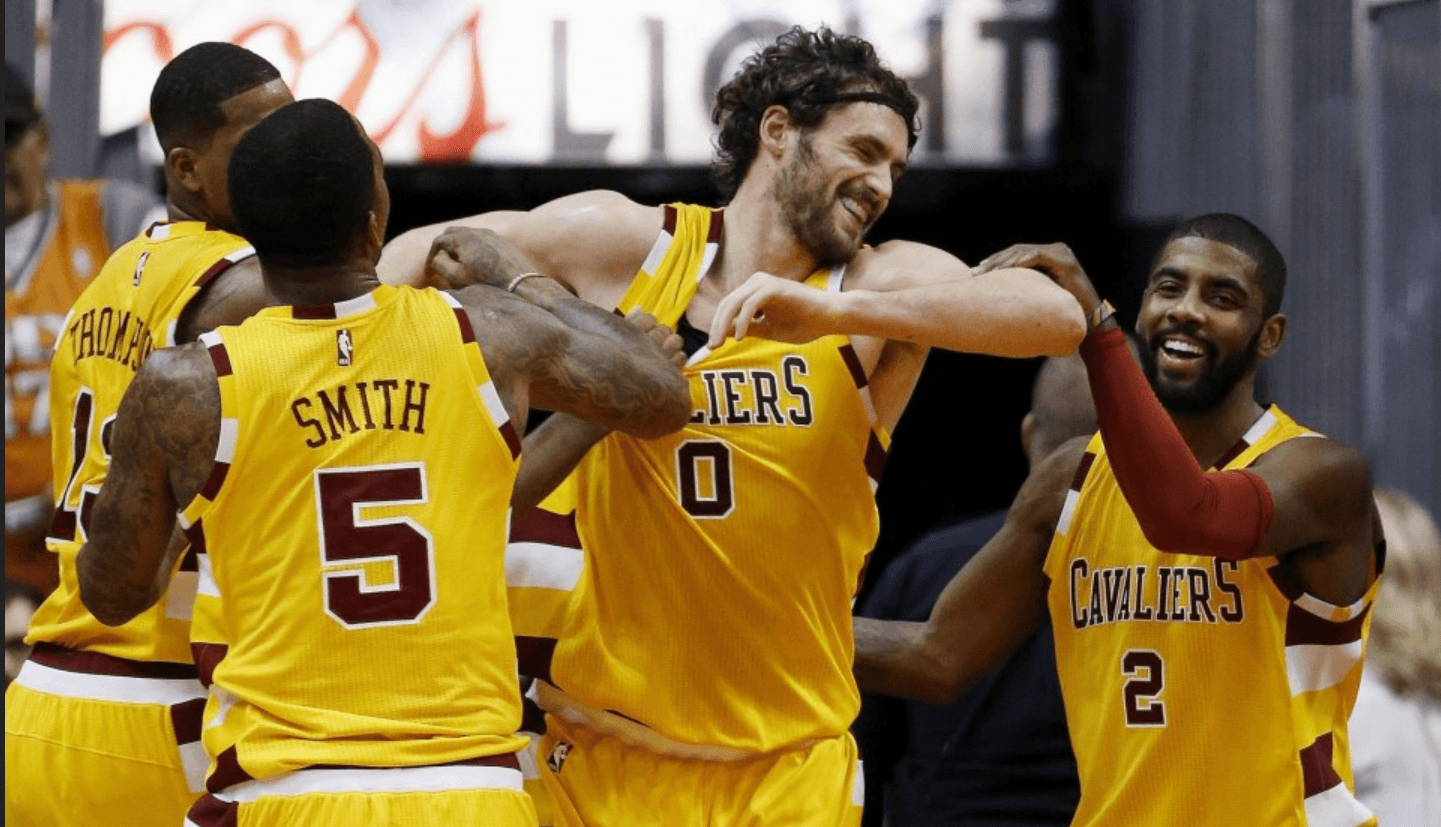 Kevin Love has been playing spectacular basketball this season, considering he’s playing with two relatively ball-dominant playmakers and all-stars. At the All-Star break, Love is averaing 15.7 points, 10.3 rebounds, 2.4 assists and 2.1 three-pointers made per game. To top that off, he’s helped the Cavs to a 38-14 record in the Eastern Conference, good for the top record in the Eastern Conference.

Unfortunately, the Cleveland Cavaliers have just one all-star representing them this weekend in LeBron James. James was voted in by the fans, and Kyrie Irving lost out on the starting spot thanks to a late run by Kyle Lowry’s fans. The coaches, in turn, did not pick Love or Irving to participate in the All-Star Game on Sunday night.

Now, with the news that Chris Bosh will be missing the three-point contest on Saturday night and the game on Sunday night, many were speculating that J.R. Smith could be a likely candidate to replace Bosh in the contest and then Love could replace Bosh in the game.

Once again, however, the Cavs will be snubbed as both Smith and Love will not participate in the contest. For the three-point shooting contest, Blazers’ guard C.J. McCollum will replace Bosh, and then Al Horford of the Atlanta Hawks will replace Bosh in the All-Star Game.

J.R. publicly said that he wanted to participate in the event, and he recently passed the 1,600 mark for three-pointers made, so it seemed like he would be a lock for the event. Kevin Love said that he’ll use the non-selection as motivation for the rest of the season, despite the Cavs having the top spot and just one all-star. Kyrie Irving, who was a long shot, had back to back season highs in points to enter the all-star break, and could have possibly replaced Bosh. Not choosing him was more understandable since he’s missed a lot of time.

Despite the spots freeing up, its a shame that neither Love nor Smith were able to represent the Cavs this weekend.