BREAKING: J.R. Smith To Miss Next Two Games For Cavs With Knee Bruise 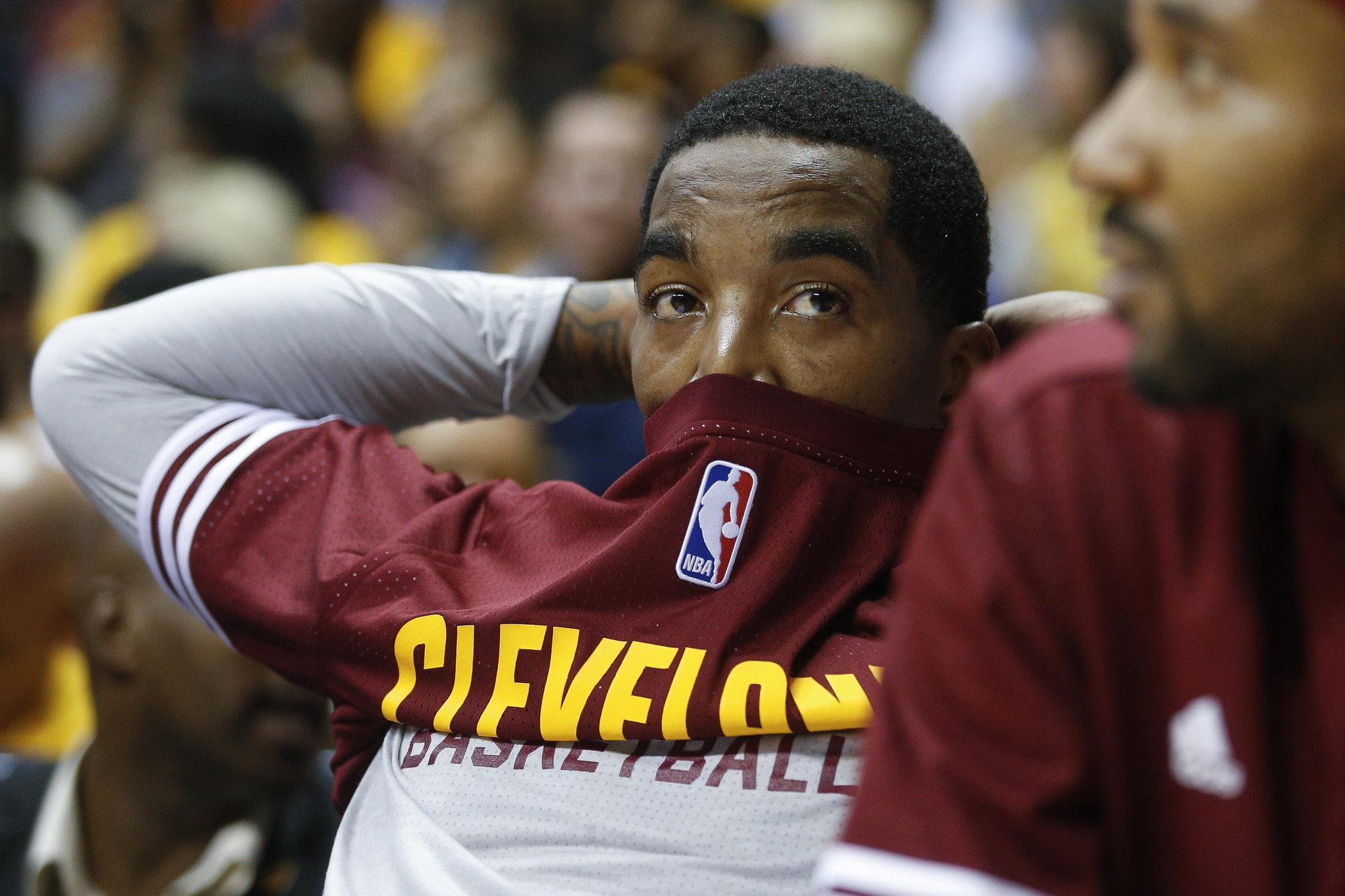 J.R. Smith has not been playing well to start the season, plain and simple. He’s totaled just 19 points on 8-29 (27.6%) shooting from the field and 1-7 (14.3%) from downtown in just 23 minutes per game (92 total minutes). To put it in perspective, Jared Cunningham has played less than half the time that J.R. has (45 total minutes) and has already scored 20 points off the Cavalier bench.

After the game, head coach David Blatt said that Smith should be considered day-to-day until he receives an MRI

“We’re anxiously awaiting to see how he responds tonight and if necessary, he’ll do an MRI tomorrow,” Blatt said. “We’ll see. That decision will be made later when we get back to Cleveland. But hopefully he’s OK. I mean, that’s a scary thing.”

The MRI today, however, revealed that Smith has a right knee bruise and quad tendinitis. The Cavs announced that Smith would miss at least the next two games as he tries to recover. The news was first reported by Dave McMenamin of ESPN.

Smith was also hampered by a hamstring issue that is not considered to be related to this injury.