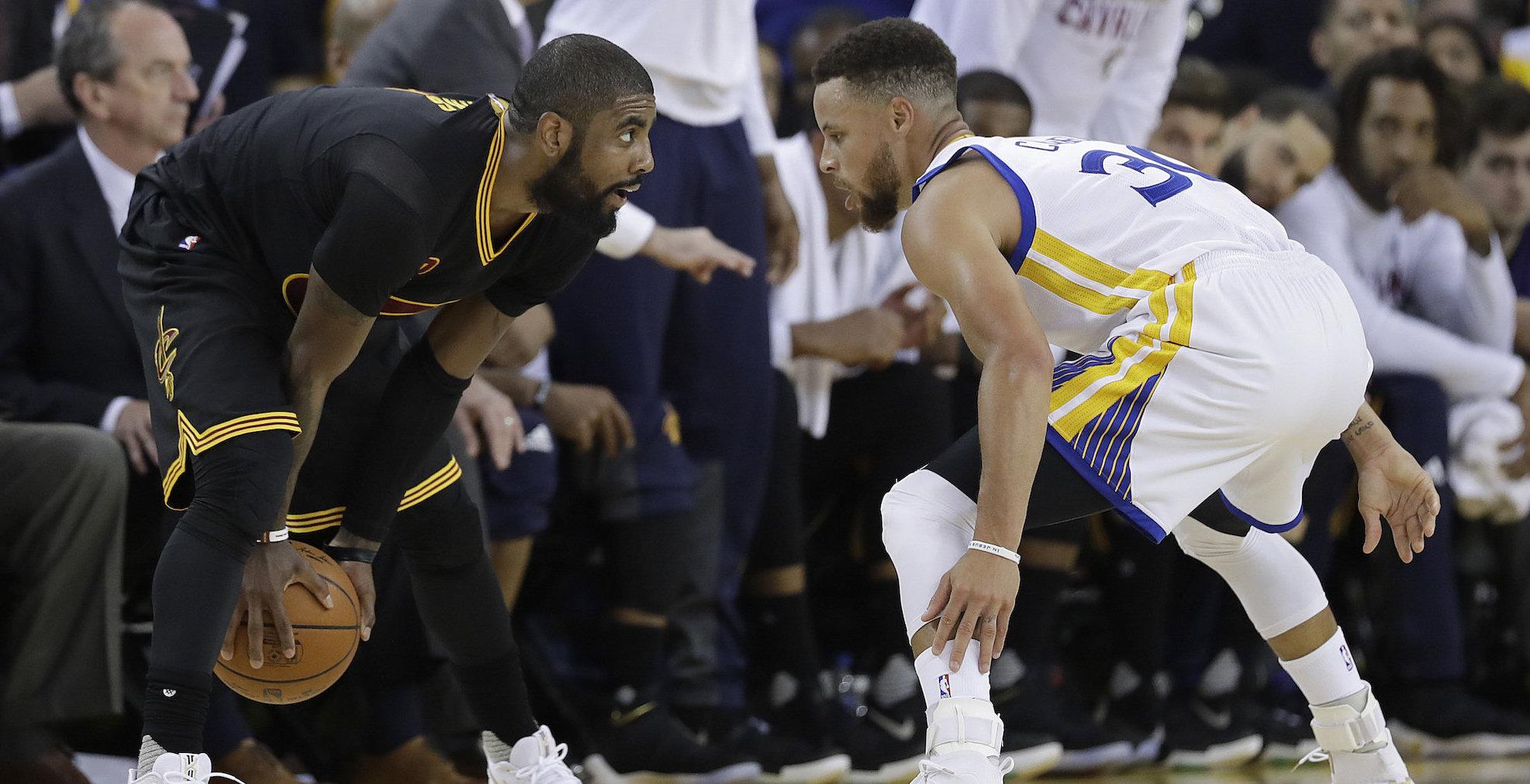 For several moments during the 2016-17 NBA Finals, Kyrie Irving looked like the best player on the Cleveland Cavaliers or even the entire series for that matter.

A lot has been witnessed of Irving in the NBA postseason for quite some time now that it’s hard to believe that he just turned 25 earlier this year. The former first-overall draft pick entered the league at a tender age of 19, and in the six years since coming out of Duke, Irving became one of the most dynamic point guards in professional basketball.

But with LeBron James‘ return to Cleveland in 2014, Irving took somewhat of a backseat role and let James take the reins of the Cavs from his grasp of the three seasons prior. It’s obvious that a bulk of the Cavs’ success can be attributed to James, but Irving had just as much of an impact for the team as the LeBron himself.

Clearly, Irving was one of only four players this millennium to have scored an average of 25 points and have an effective field-goal percentage of over 53 percent, joining only the likes of James, Kevin Durant and Amar’e Stoudemire. Irving even ended up having a slightly better eFG% than James.

What makes Irving’s numbers pop out even more is that he’s the only guard on that list, whereas James, Durant and Stoudemire, being forwards, are expected to have better scoring efficiency given their height and position. Irving was always seen as a shoot-first, pass-later point guard throughout his career, but to be putting up highly-efficient numbers among some of the all-time great bigs of the modern era is fascinating to say the least.

One could even pit Irving against another prolific-scoring point guard in Golden State Warriors superstar Stephen Curry, and the numbers between the two of them are actually closer that one would assume. While Curry has grabbed all the headlines with his historical jump-shooting prowess from beyond the arc, Irving made his shots count the most whenever he drives fearlessly to the basket, and that’s what really separates him from Curry’s own gaudy numbers.

Curry also didn’t really kick his production into high gear until his fourth year in the league, whereas Irving has always been a focal point of the Cavaliers’ offense since his rookie season — James’ return notwithstanding. For their careers, Irving has averaged four fewer field goals made than Curry per season while Curry had sub-20 PPGs in his first three years in the NBA.

The media placed Curry’s accuracy from the free-throw line under the spotlight as well, going 103-of-114 throughout the entire playoffs (90.3 percent) highlighted by his record 10-of-10 performance in a single quarter of an NBA Finals game during Game 2. However, if any of the Finals contests this year were pushed to the limit, Irving would’ve come through in spectacular fashion for his Cavs just as well.

In addition to Irving’s spectacular poise from the charity stripe in OT, he’s simply been one of the most trust-worthy scorers for the Cavs in extra periods in general. His 78-point explosion between Games 3 and 4 of the Finals showed how he could catch fire in an instant, and it’s rather unfortunate that fans weren’t treated to a takeover performance from him in overtime.

Basketball-Reference.com’s, Justin Kobatko, pointed out another clutch stat on Irving:

On top of that, Irving is three years younger than Curry, so (contrary to his nickname) Uncle Drew has been a more dependable scorer throughout his NBA career in a shorter amount of time. He also has more mileage left in him by a slim fraction compared to Curry’s lifespan barring any major setbacks to injuries, meaning he’ll have more opportunities to light up score boards with great accuracy in the long run; further aided by the fact that having James as his running mate for the foreseeable future will continue to help his game all the more.

It’s about time that Irving get his due. And not just as the King’s right hand in Ohio, but as an equal monarch that can very well seize the league at his own behest.