In a release earlier today from the team, the Cleveland Cavaliers announced a season-ending injury to power forward Chris Andersen:

Andersen joined the club as a free agent this past offseason, hoping to add toughness and a strong veteran presence off the bench. Unfortunately, his season will come to an early end. Andersen played in 12 games this season, averaging 2.3 points and 2.6 rebounds per game. 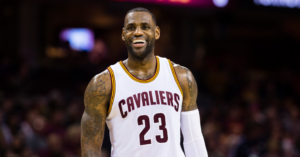 JUST IN: LeBron James is in his best shape in two years
Related TopicsCavaliersChris Andersen