Brandon Jennings takes a shot at Iman Shumpert on Twitter 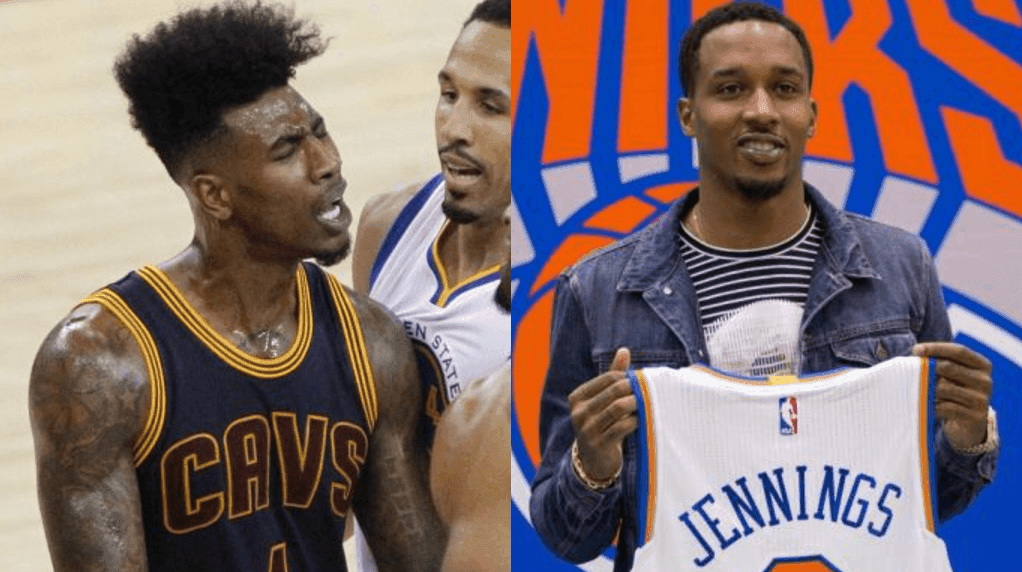 Brandon Jennings signed with the New York Knicks in the offseason and will back up Derrick Rose this season. The Cavs and Knicks are set to tip off the NBA’s regular season on October 25th, but he’s not waiting until then to get the fireworks started.

Jennings tweeted out something that he deleted right away, a shot at Shumpert, but not before we could grab a screenshot of it.

Brandon Jennings' deleted tweet where he takes a shot at Iman Shumpert. pic.twitter.com/m3bUORWZfG

Jennings then tweeted this after deleting the above tweet.

I actually like lebron so my bad. My fault

I had to delete that. No need for that. I'm sorry. My fault my fault!

It’s clear Jennings didn’t learn anything from Klay Thompson calling out LeBron and his Cavs. Opening night will be a whole lot more interesting now.