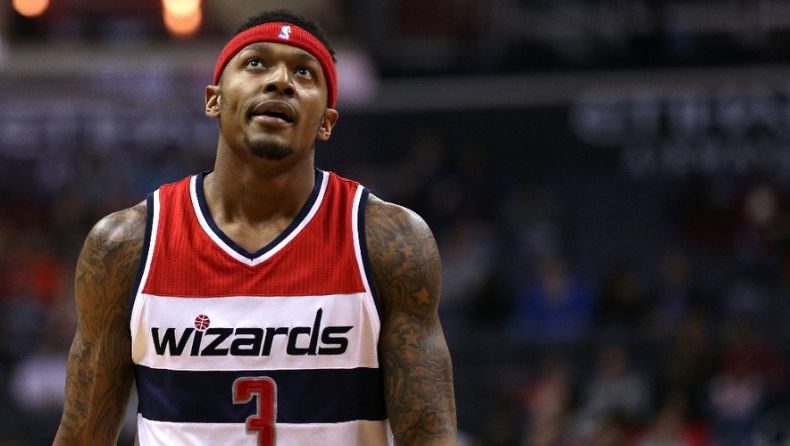 The game between the Cleveland Cavaliers and Washington Wizards on Monday night turned out to be a classic. Both teams went toe-to-toe and did not give up a double digit lead to one another.

With only 3.4 seconds left in regulation and the Wizards up three points, Kevin Love pitched the ball to LeBron James who was on the other side of the court. The King caught it perfectly and made his way beyond the arc to drill a game-tying fadeaway three-pointer off the glass. His defender, Bradley Beal, couldn’t be blamed for his defense as he made it as difficult as it could be for James to make the shot.

Beal’s reaction after seeing the ball go through the hoop goes to show how unbelievable it was as its degree of difficulty was very high, He could only smirk as he was also left in awe.

That shot paved the way for the Cavs to complete their come-from-behind victory in overtime, 140-135. Although James fouled out with more than four minutes remaining in the extra period, he still finished with 32 points, seven rebounds and a career-high 17 assists. However, it was Kyrie Irving‘s heroics late in the game that helped them get  their 35th win in 50 games this season. 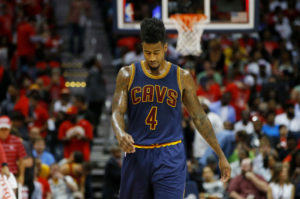