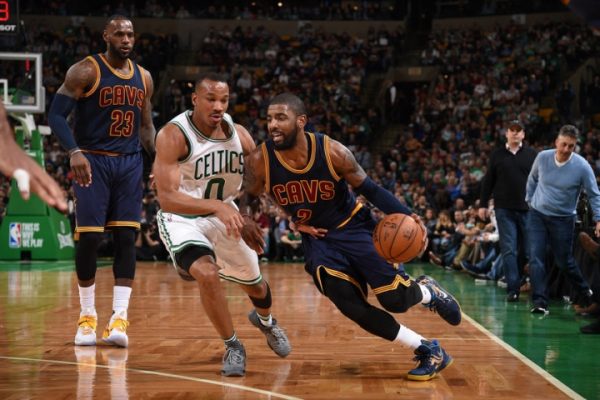 The Cleveland Cavaliers on Thursday night clinched their third straight NBA Finals appearance after cruising past the Boston Celtics in Game 5.

Cleveland had full control of the contest never trailing and led by as many as 39 points. Following the contest, Celtics head coach Brad Stevens voiced that he felt it was Kyrie Irving that ended their chance of squeezing out a win on Thursday.

“As crazy as it sounds,” Celtics coach Brad Stevens said, “going into halftime we had cut it to at least a manageable number, and then we come out and get some tremendous looks and Kyrie just goes nuts. And ends us. That’s basically what happened.”

“Those were really tough shots,” Stevens added. “He hit some tough ones the other night, but those at the start of the third quarter were incredible. But, hey, this is just great learning for all of us of how far we have to go.”

Boston had cut the deficit down a manageable margin at the half, but Irving quickly erased any hope of a comeback scoring 11 points in the first three minutes of the third quarter. This included knocking down three contested 3-pointers that took the wind out of the sails for the home team falling behind quickly by 20 points.

Irving finished with 24 points on another efficient shooting night hitting 9-of-15 attempts while nailing 4-of-8 from beyond the arc. The All-Star guard was a huge factor in the series as it progressed along averaging 25.8 points on an impressive 62.2 percent shooting from the field and 50 percent from 3-point range.

Irving made his biggest impact of the series in Game 4 scoring a playoff career-high 42 points that essentially put the nail in the coffin for the Celtics. He almost single-handedly brought the Cavaliers back from a 10-point halftime deficit by scoring 21 points in the third quarter of that game including his team’s last 16 points in the period.

With the Cavaliers hitting on all cylinders heading into their third straight NBA Finals matchup against the Golden State Warriors, it should make for quite an entertaining series.

JUST IN: LeBron James: ‘I wanted to be Mike’
Related TopicsBrad StevensCavaliersCelticsKyrie Irving